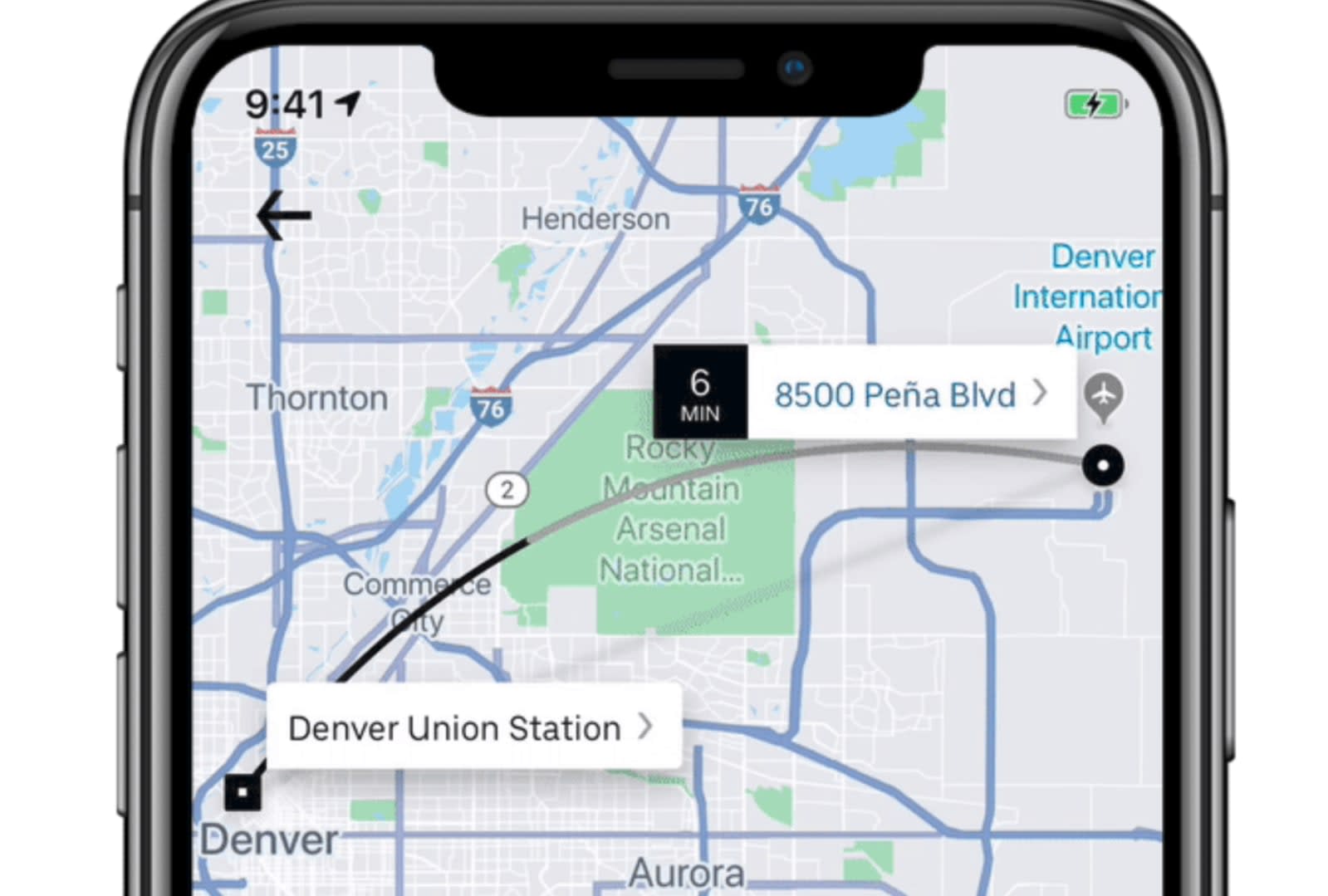 Uber is primarily thought of as a ridesharing service, but today the company is adding new transportation options to its app -- even though they don't involve the users actually taking an Uber ride. Denver's Regional Transportation District (RTA) has been added to the Uber app, which means that people searching for a ride will also see what public transportation options are nearby that can get them where they're going.

In a lot of ways, it looks similar to the public transit info you can already find in Google Maps and Apple's Maps app -- after putting in a starting point and destination, the Uber app shows what transit lines are nearby, when the next bus or train arrives, and how far you'll have to walk at the beginning or end of the trip. Estimate for when buses and trains are arriving will be provided by Moovit, a service that does real-time tracking and route planning for public transportation. To differentiate itself from what you can already do in Google Maps, Uber will also soon let customers buy digital RTD tickets right in the app. That's something that would certainly make getting around via public transit easier, particularly for people who aren't familiar with the city they're trying to traverse.

This is just Uber's initial public transit offering; the company says it is actively making it easier for other transit agencies to partner with the app and see what kinds of services it offers. Uber's already made partnerships with a number of other agencies, but this marks the first time it is integrating a city's public transportation options right into the app. Given today's announcement, though, it seems likely this service will show up in other cities before too long.

In this article: denver, publictransit, ridesharing, tomorrow, transit, transportation, uber
All products recommended by Engadget are selected by our editorial team, independent of our parent company. Some of our stories include affiliate links. If you buy something through one of these links, we may earn an affiliate commission.