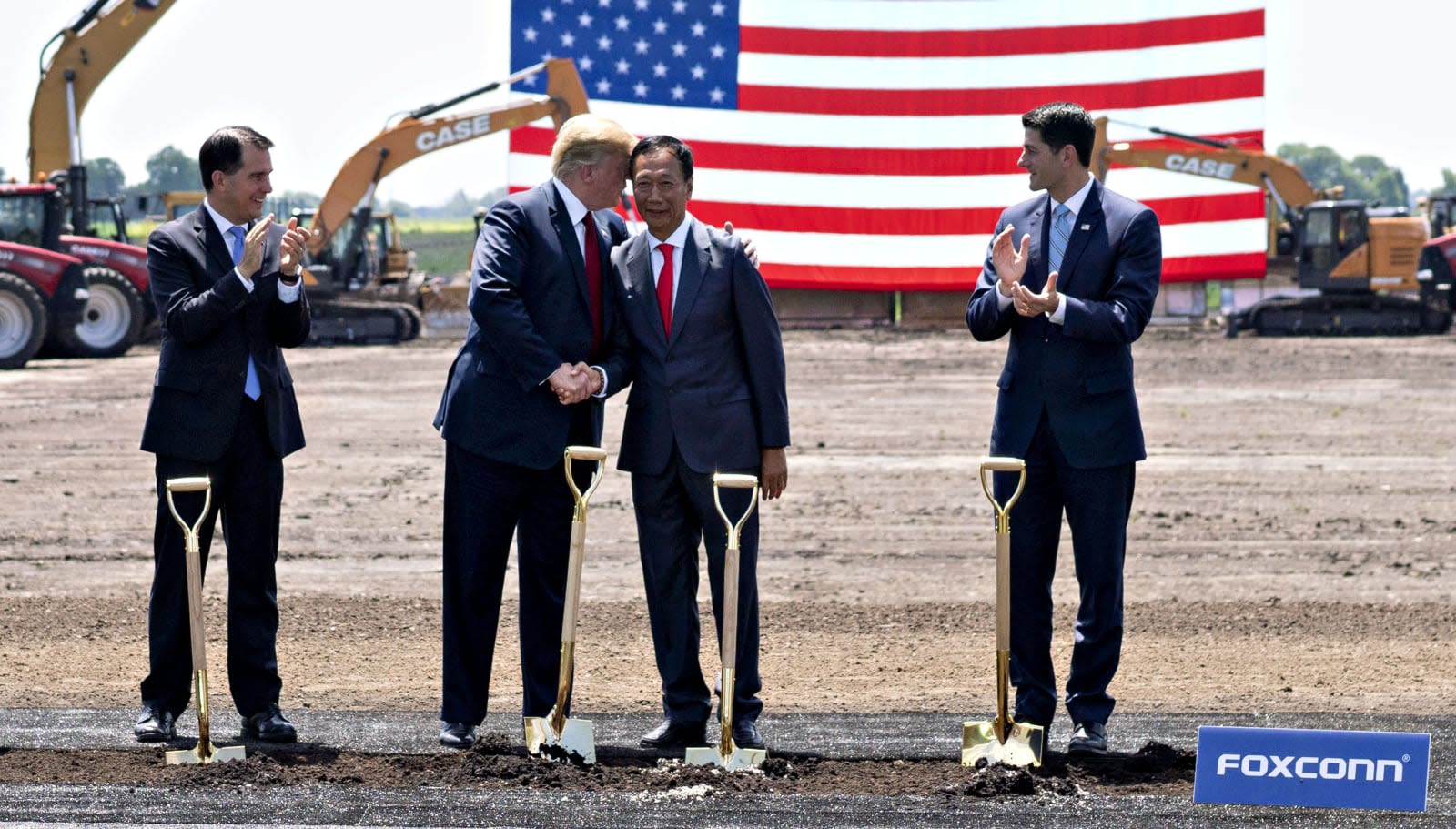 Following talks with President Trump, Foxconn says it is indeed building a factory at its Wisconsin campus. Earlier this week, the company caused a furor when it said it's shifting plans away from manufacturing to focus on a research and engineering center. Now it seems it's doing both.

Louis Woo, special assistant to Foxconn CEO Terry Gou, said in an interview with Reuters that, despite pledging to do so, building LCD screens in the US didn't make sense for the company. He revealed the vast majority of the projected 13,000 Wisconsin positions would be in R&D and design, even though Foxconn received around $4.1 billion in state subsidies under the impression that many jobs would go to blue-collar manufacturing workers.

Now Foxconn, a supplier to the likes of Apple and Microsoft, is reversing course yet again after Gou spoke with Trump. The company has confirmed its campus will include an "advanced manufacturing facility as well as a hub of high technology innovation." However, it didn't spell out exactly what it will build there, nor how many people it plans to hire in manufacturing roles.

"Our decision is also based on a recent comprehensive and systematic evaluation to help determine the best fit for our Wisconsin project," Foxconn said in a statement. A spokesperson told CNN she wasn't aware if Trump had sweetened the deal to persuade Foxconn to change its mind once more.

In this article: business, donaldtrump, foxconn, gear, lcd, manufacturing, politics, presidenttrump, subsidies, taxbreak, tomorrow, trump, wisconsin
All products recommended by Engadget are selected by our editorial team, independent of our parent company. Some of our stories include affiliate links. If you buy something through one of these links, we may earn an affiliate commission.
Share
Tweet
Share