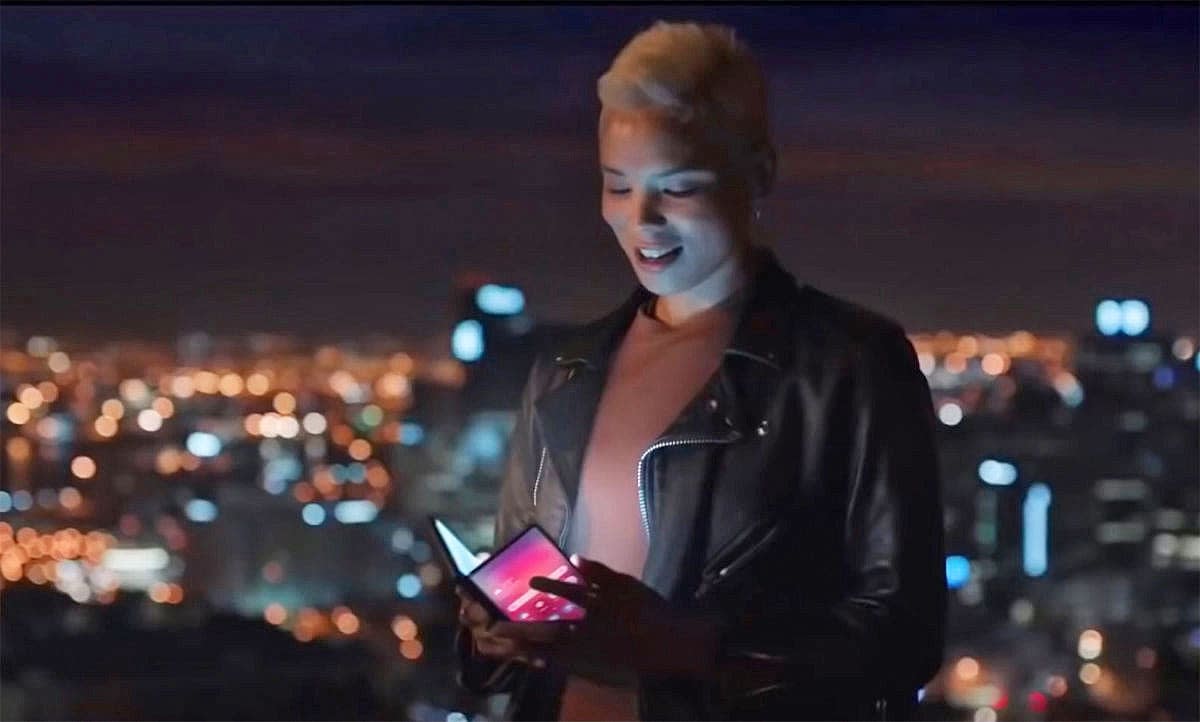 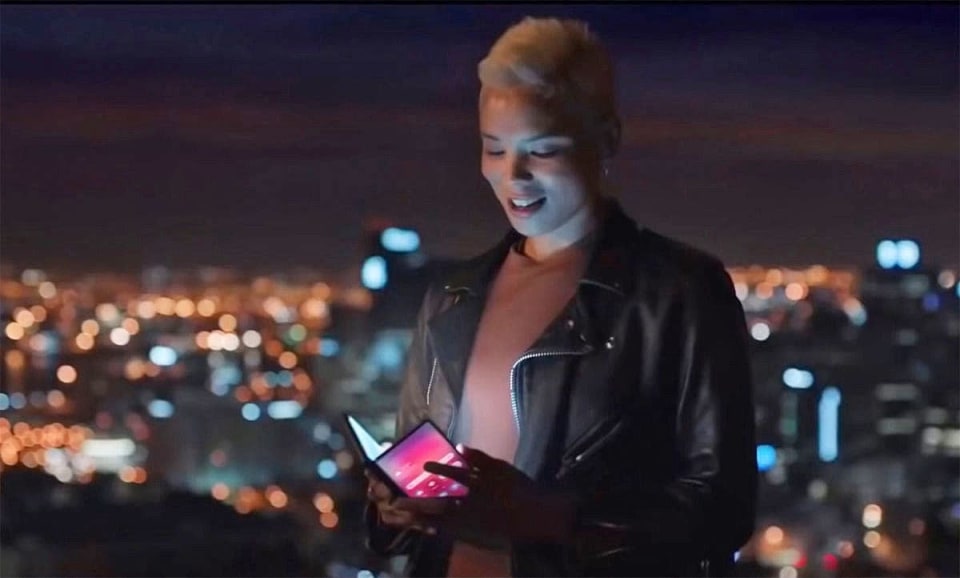 Showcasing an array of Samsung innovations that haven't happened yet, a video reportedly posted then pulled by Samsung Vietnam showed a foldable phone in use. Around the 23-second mark, a woman unfurls a folding Galaxy phone minus the unwieldy casing we saw on Samsung's Infinity Flex display revealed at SDC 2018.

Both the Galaxy S10 series and... whatever Samsung titles its debut foldable phone are meant to appear at Samsung's Unpacked event scheduled for February 20th. So an accidental leak a few weeks before might not shock. But I'm not sure this is it.

To start with, this Samsung promotional reel seems to spread itself across several (seemingly fictional) innovations -- Interactive giant displays! Ultrasonic phone peripherals! Tattooing robot arms! — none of which exist or are likely to appear any year soon. The folding phone only gets a brief showing of a few seconds, which seems out of place if it's the only device that's actually going to happen any time soon.

Also, why does the front-facing screen stay on once the internal, ever-so-foldable, display lights up? That doesn't make sense, strengthening the case that this is no more than some glossy conceptual eye-candy.

Samsung first showed off its foldable phone concept way back in 2013 -- I wrote this. Titled the Youm, it was also given the razzle-dazzle of a concept video, despite the fact that the device has taken over six years to approach consumers' hands.

Whatever the device is, however, matches the teaser phone we saw from Samsung last year, which paired an internal 7.3-inch foldable display with a more typical 4.6-inch screen on the front. Maybe I'm wrong. Maybe I'm just a giant sceptic. For now, we'll have to wait three more weeks to see if I'm wrong.

In this article: foldable, foldablephone, gadgetry, gadgets, galaxysfoldable, galaxyunpacked, gear, infinityflex, leak, mobile, s10, samsung, tomorrow, video
All products recommended by Engadget are selected by our editorial team, independent of our parent company. Some of our stories include affiliate links. If you buy something through one of these links, we may earn an affiliate commission.