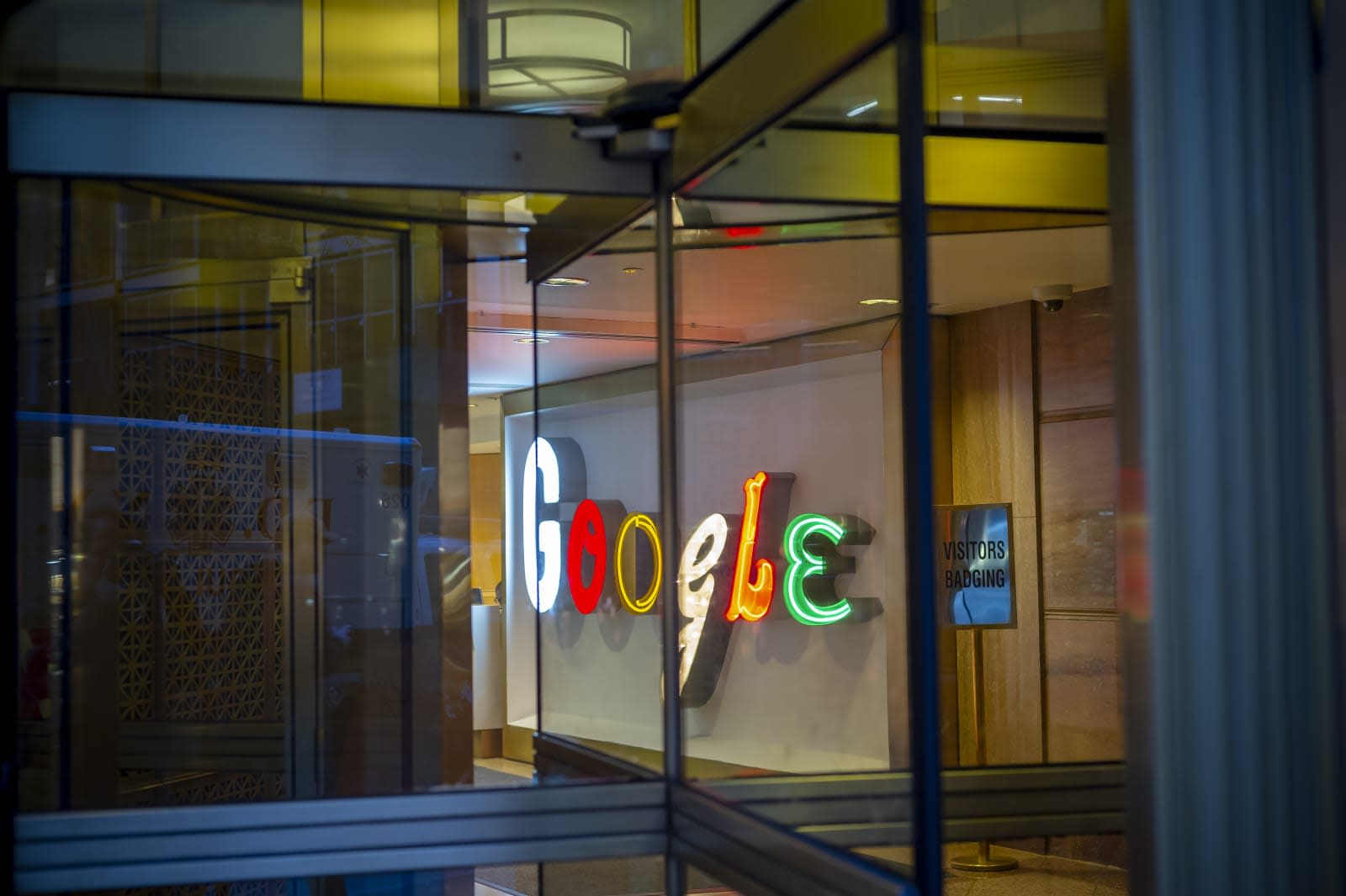 Google had a tough 2018. Not Facebook-level bad, but the company still spent a lot of time on the defensive about the vast amount of consumer data it has access to, some data breaches and YouTube conspiracy theories -- just to name three issues. That didn't stop the company from raking in more and more cash, though. The company just released its earnings statement for Q4 2018 and both revenue and profit continued to grow. Google's holding company Alphabet pulled in revenues of $39.2 billion, up 22 percent year-over-year. Net income of $8.9 billion represented a big turnaround from a year ago, when Alphabet actually lost $3 billion because of a one-time tax charge.

As usual, the vast majority of Google's income came from its ad business, but its "other revenues" category continues to grow in a major way. Revenue of $6.5 billion in the quarter represented a 31 percent increase year-over-year. As a reminder, "other revenues" encompasses Google's hardware business -- so new products like the Pixel 3 and Pixel 3 XL as well as the Google Home Hub, along with things like Google Play and various paid Google services, all contributed to that growth. For a point of comparison, Google's "other revenues" segment "only" brought in $3.4 billion in revenue in the last quarter of 2016, so the business has almost doubled in the last two years.

The other segment of interest in Alphabet's ledger is "other bets," which is where the company lumps all non-Google business. It's been losing money ever since Alphabet started breaking these companies out, and that hasn't changed this quarter. Other bets lost $1.3 billion, up a whopping 78 percent over the 748 million the group lost a year ago. Alphabet's quarterly earnings call just started, and we'll be listening for more details on the successes Google found in its hardware and services business as well as what drove the losses for other bets.

In this article: alphabet, business, earnings, gear, google, q42018earnings
All products recommended by Engadget are selected by our editorial team, independent of our parent company. Some of our stories include affiliate links. If you buy something through one of these links, we may earn an affiliate commission.