There is no Titanfall 3.

Respawn Entertainment producer Drew McCoy broke the news in a Eurogamer interview yesterday, extinguishing any hope that the futuristic mech-shooter could return to PCs and modern consoles. Instead, the EA-owned developer is offering a free-to-play game called Apex Legends. Is it worth your time? Yes, though for reasons you might not expect.

First, the basics. Apex is a 60-player deathmatch comprised of three-person teams. Before the game, you're required to choose one of eight heroes that have unique abilities. You can't have any doubles on your team -- so mastering multiple characters is a must -- but you will inevitably find clones of each hero out on the desert and jungle-themed battlefield.

Like Fortnite, PlayerUnknown's Battlegrounds (PUBG) and every other battle royale game, you can choose where to start on the map. One of your teammates is assigned 'Jumpmaster', but the other two can make suggestions by tapping R1, RB, or an equivalent keyboard command on PC.

Respawn calls this quick-chat system 'Smart Comms' and is, to put it mildly, freaking brilliant.

Want your team to go somewhere? Hit the button and everyone will see a waypoint both in the world and on their mini-map. Your hero will also say something explanatory, like "we should go here," so everybody else knows which of their partners made the recommendation. You can use the same button prompt to highlight equipment caches and specific items, including weapons, armour, ammunition and health packs, scattered throughout the world. The system makes it simple to keep a squad together and ensure that everyone is able to find the loot they want and need to survive.

Double-tapping the button, meanwhile, will tell your friends when and roughly where you've spotted an enemy. You can, of course, talk the old-fashioned way with a headset. But for those who like to stay mute -- which is a lot of people -- this is a godsend, and ensures that everyone can communicate quickly and effectively throughout each match. 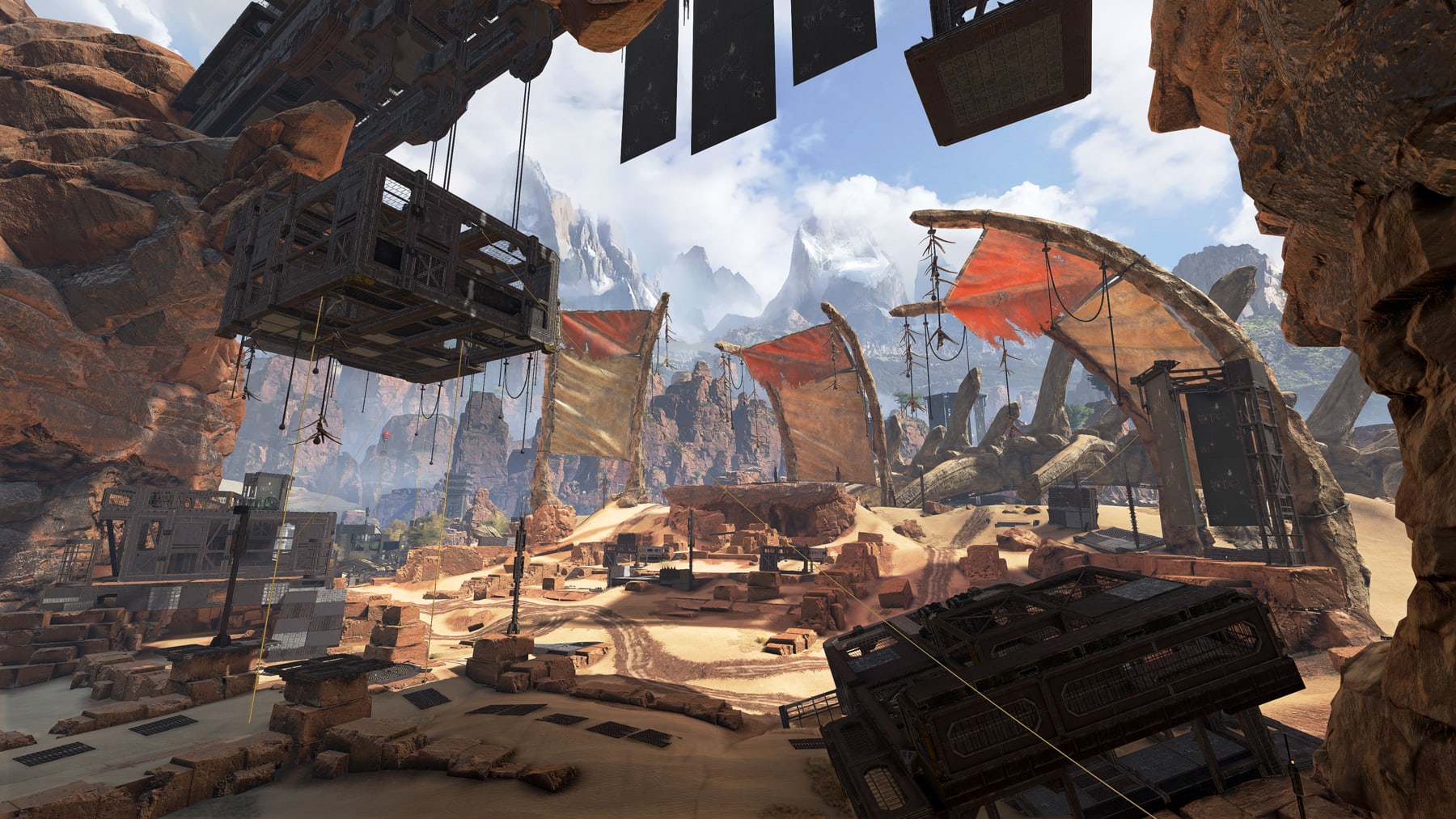 Apex Legends is set in the Titanfall universe, so many of the weapons and gear will be familiar to franchise fans. Some, but not all of the basic Titanfall abilities have carried over too. The quippy robot 'Pathfinder', for instance, can use a grapple to quickly scale cliffs and buildings. The mysterious 'Wraith', meanwhile, can enter the reality-breaking void to avoid damage and create safe tunnels with two connected portals.

The abilities can be combined in some truly fascinating ways. In one match, for instance, I grappled to the top of a rickety tower and quickly dispatched some unsuspecting foes. I held that position with my teammate, a Wraith, until the ring of death started to close in behind us. Instead of taking the stairs, which led straight to an enemy ambush, my partner set up a portal to a safe spot nearby. We were able to keep our spot until the last possible second and then flank our opponents below.

The character-specific powers are similar to Overwatch. Blizzard's co-operative shooter, however, has markedly stronger hero designs. Apex isn't an ugly game but the "legends" sit in a tonal no man's land between the zany antics of Overwatch and gritty, mud-covered soldiers of Call of Duty.

Some Titanfall abilities are absent, too. You can't wall-run, double-jump or summon a robot with an absurdly large sword. (I miss you, Ronin.) 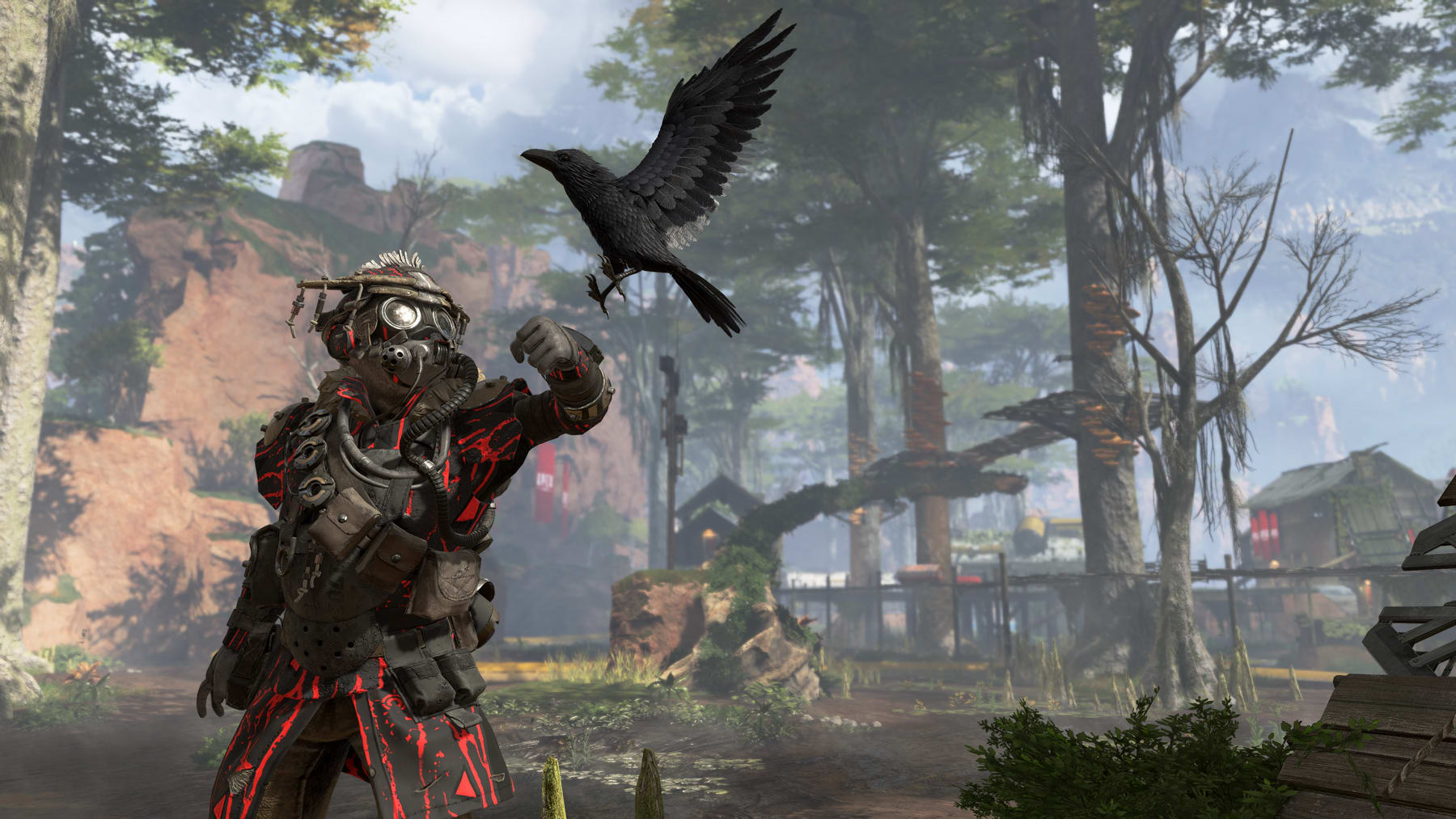 Still, I'm impressed with Respawn's imagination. The game has a two-stage death system, for instance, that rewards players who work together. If your health drops to zero, the rest of your squad still has some time to run over and revive you. Wait too long and you'll turn into a crate with a customizable banner on top. A second timer will then start -- and if this one runs dry, you're out of the game for good. If your teammates are fast, however, they can grab this emblem and revive you at a respawn point.

You're stronger, of course, as a three-man team. The respawn points are an obvious place for opposing squads to hide and launch skirmishes, however. The closest one could also be outside the ring, or inside a zone that will soon be consumed. Revivals are tricky, therefore, and have the potential to wipe out your entire squad. Do you gamble and go for it anyway? With two people, you can easily set up a lookout near the respawn point. Or do you abandon your friend and try to finish the game as a duo?

These choices are littered throughout every match. Do you start in a quiet corner of the map, or make for a hovering dropship that's brimming with loot and, no doubt, enemy squads? Should you focus on shotguns or sniper rifles? Which type of grenade will give you the most strategic advantage? 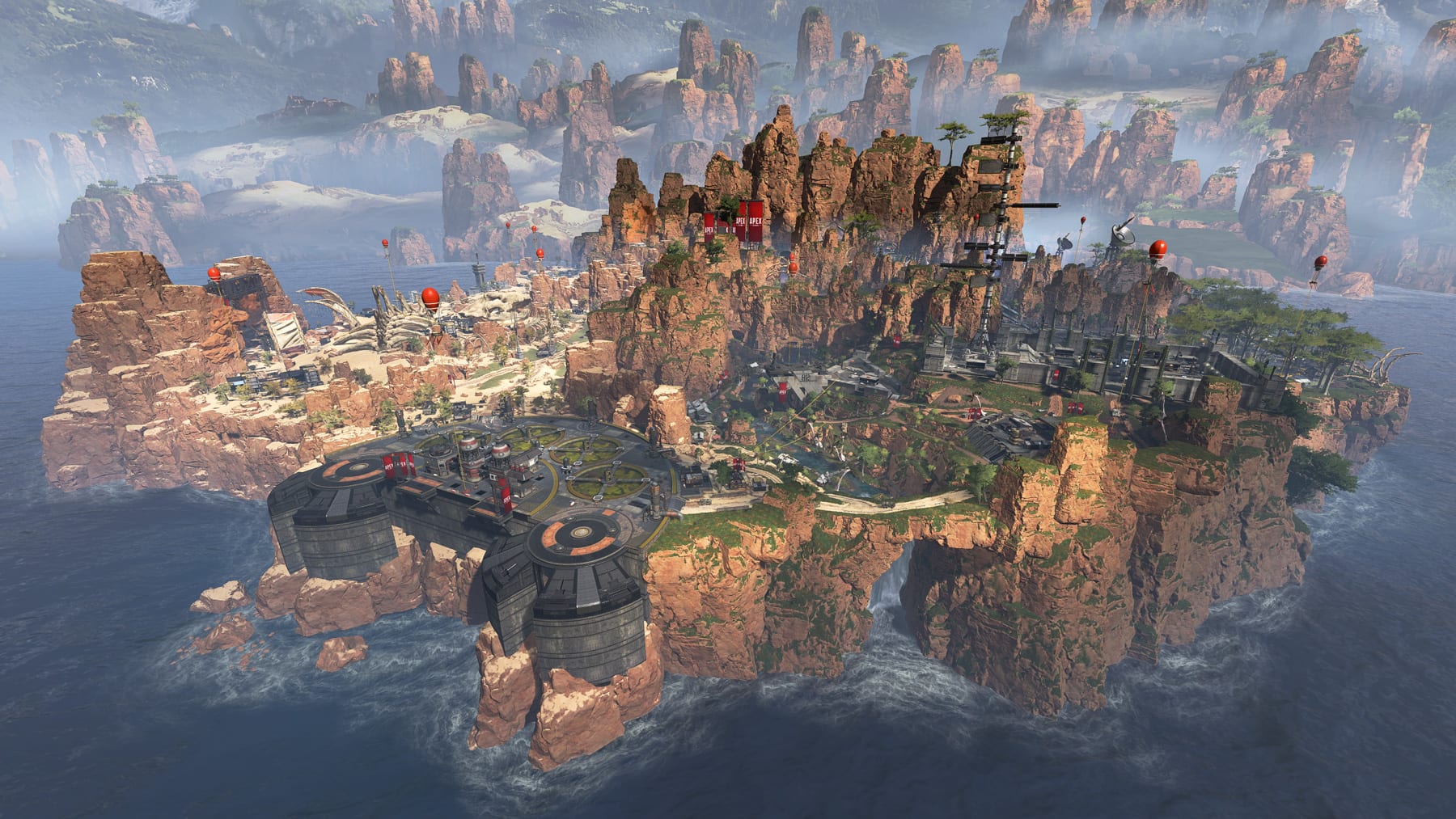 Apex Legends is a polished game, however, with varied heroes and a few subtle nods to Titanfall lore. Respawn is also promising plenty of updates, broken down into Fortnite-style seasons, that will add new heroes, weapons and cosmetic items. You can pick up a Battle Pass from March, which gives you more loot to unlock, or play the game free of charge.

Compared to Blackout, the battle royale in Call of Duty: Black Ops 4, and the soon to be released Firestorm mode in Battlefield V -- each of which require the base game to play -- Apex Legends is an enticing free-to-play package. The shooter will have a hard time, however, competing with the cultural phenomenon that is Fortnite and the wealth of free-to-play rivals including PUBG and H1Z1. But if the game is successful, who knows, maybe Respawn can find a way to include its much-loved robots.

Apex Legends is available now on PlayStation 4, Xbox One and PC.