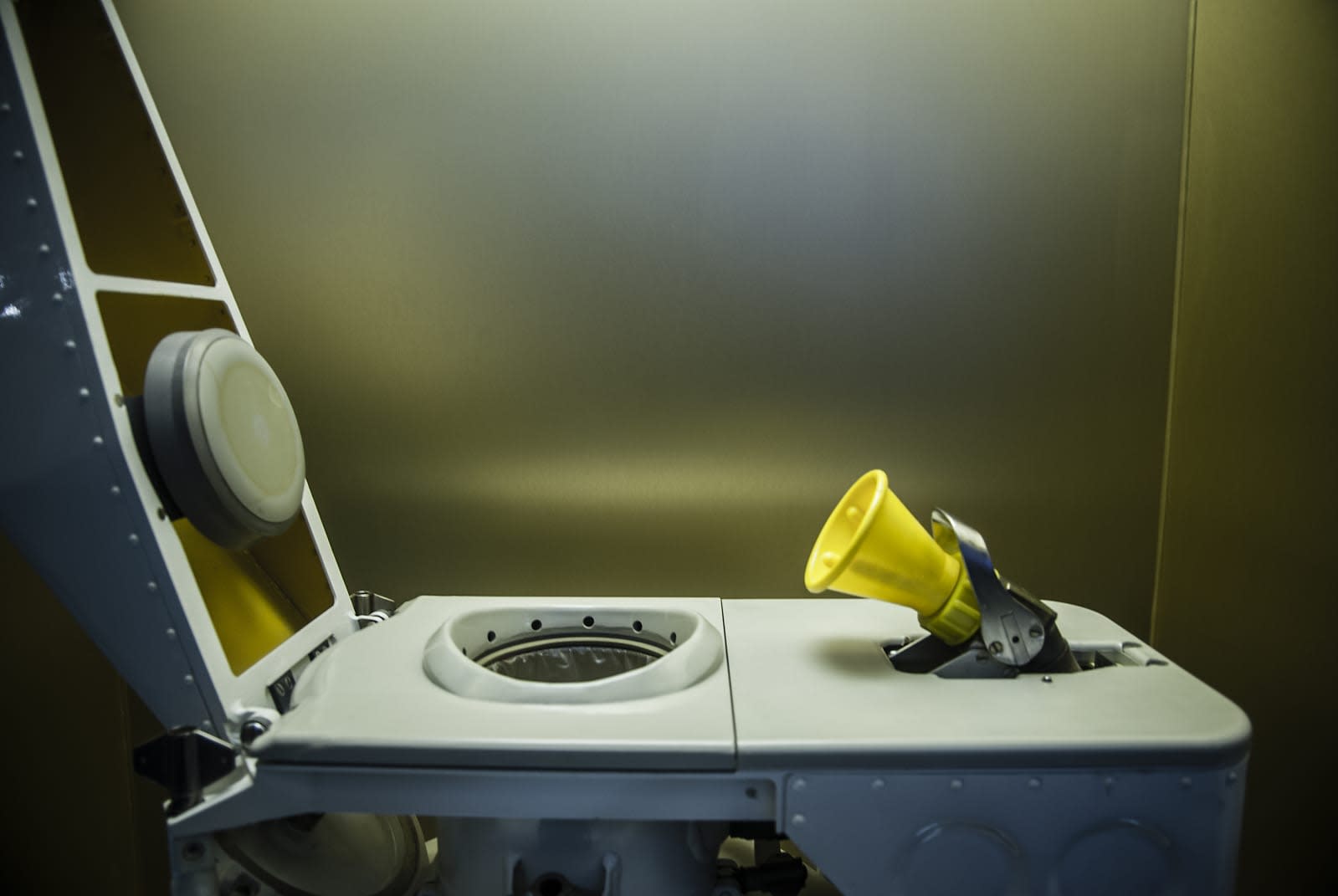 If you think a burst toilet is bad news on Earth, spare a thought for the astronauts who have to deal with it in zero gravity. That's what the poor American souls on the ISS were left grappling with last week when their $19 million commode leaked, according to a NASA status report. Around 9.5 litres of water spilled out as a result of the, um, accident. The crew had to clean it up using towels while working to fix the leak, claimed the space agency.

The current toilet was delivered to the craft aboard space shuttle Endeavour in 2008, after the previous one malfunctioned. At that price, you'd expect something fancy but astronaut Peggy Whitson previously described it as a "camping trip." It basically involves sitting on a small plate-sized hole on top of a silver can or peeing into a yellow cone. The accumulated waste is then sealed and blasted back to Earth on a cargo ship that burns up before impact. Around 80 to 85 percent of urine, meanwhile, is turned into drinking water.

Fortunately for the ISS' inhabitants, the experience will be a tad more pleasant from now on. The crew have installed a new double stall enclosure into Node 3: a module of the ISS that also contains exercise equipment. It will afford them some much-needed "privacy for both the Toilet System and the Hygiene Compartment," according to NASA. They also have a brand-spanking new can to look forward to in 2020.

In this article: astronaut, astronauts, gear, InternationalSpaceStation, iss, nasa, space, TL19HABI, toilet, tomorrow
All products recommended by Engadget are selected by our editorial team, independent of our parent company. Some of our stories include affiliate links. If you buy something through one of these links, we may earn an affiliate commission.