Burn FilmStruck, spoil UltraViolet, but you can’t take my DVDs

A love letter to physical media.

I haven't watched a DVD in a while. Long enough that I've thought about donating all of my discs to goodwill. But when I Kondo'd my possessions, the bulk of my media remained in place as they kinda/sorta sparked joy. (That's a lie, I was deep into the sunk cost fallacy to just toss a small fortune's worth of DVDs, which is a bit like joy, right?) Now, however, the recent news in the digital media makes me want to hold my discs and never ever let them go.

And if the demise of FilmStruck was a warning, then the forthcoming closure of UltraViolet should serve as a clarion call. The former was a streaming service that represented TCM and the Criterion Collection, a Netflix for movie nerds. The latter is, for now, a studio-approved digital locker service that holds the films you purchase from various services. And for its 30 million users, it'll be gone by July 31st.

Putting your faith, and your money, into online streaming services might be foolish when it's so easy for them to be snatched away. According to Variety, UltraViolet died because its owners felt the market was leaning further towards streaming. Not to mention that UltraViolet's rival, Disney's Movies Anywhere, was drawing other studios away from the service.

UltraViolet's 30 million users will now have to connect their UltraViolet accounts to an additional storefront, like Flixster, Sony or Vudu. And the company has said that the "majority" of the content will still be available once they're pushed over. But there's always the risk that one little curio you treasure won't be kept in the great purge of 2019.

There's no such risk of my content -- how I hate that word -- disappearing if it's sat on shelves lining the wall of my spare bedroom. Yes, their existence is a blight on my interior decor, but they can't be whisked away in the same way that, say, Taylor Swift's catalog was pulled from Spotify. It also helps that my tastes, which aren't too esoteric, are for the sort of shows and films that rarely pop up on Netflix. 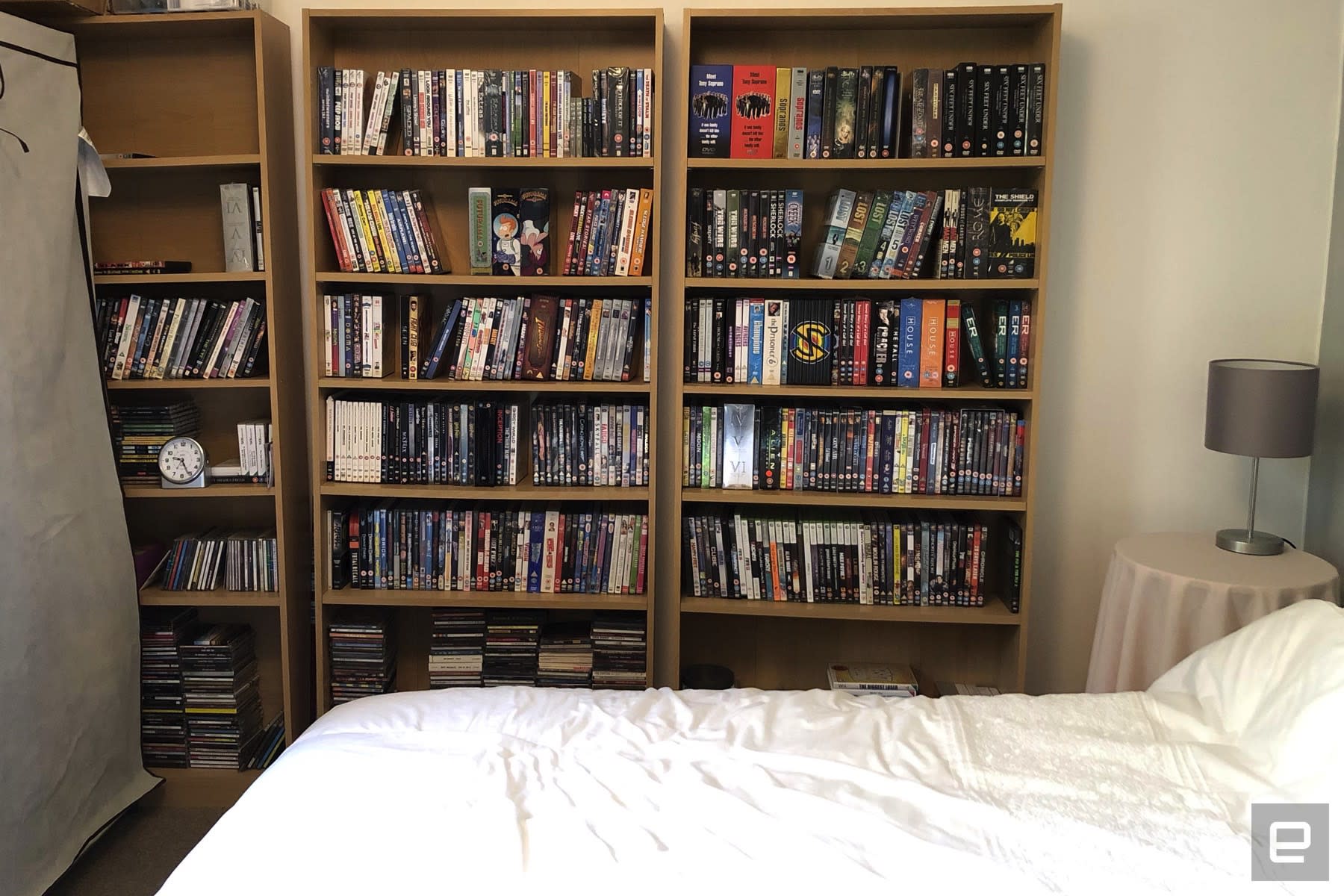 And the ones that are easily available might not be in the best quality, like the version of Star Trek II that's available on demand. Because it's provided by the SyFy channel here in the UK, it's a butchered, daytime-TV friendly edit of the film with plenty of silly cuts. On the Trek theme, I'm glad I kept hold of the Director's Edition of Star Trek: The Motion Picture, since it can't be re-released.

In the event that my internet connection stops, or that the servers have their own problem, then I'm pretty safe, too. Physical media is unaffected by the vagaries of the internet, and I can watch it whenever I damn well wish. Not to mention that you can treasure and appreciate the love and care that has gone into the artwork and packaging.

Obviously, DVDs (and everything else) has the same downsides that made us embrace Netflix so hard in the first place. They're pretty expensive, and they, collectively, take up way too much space in your home. There's also the perpetual horror of the unskippable copyright warning, as studios look to punish you for spending $20 legally buying their content. And, when you're binging, you still gotta get up and swap discs instead of letting the stream just switch over.

At some mythical point in my future, I'll try and rip all of my DVDs to local storage and build my own Plex or Kodi server. Then I'll have my own Netflix, one that can cater to my tastes without some of the burdens that come with physical media. It's a shame, really, that Netflix could never become a central repository for all of the world's content, paid for with subscriptions. In an ideal world, that's what we'd have, but the economics -- like spending $100 million to have Friends through 2019 -- make it unrealistic.

The lesson to take away from UltraViolet's demise is that we can't rely on digital platforms, because the landlord always has final say. There seems to be no (legal) digital locker that can't be pulled in an instant if an executive demands it. So, if you care about something, the smart thing to do is to keep it alive in your own home.