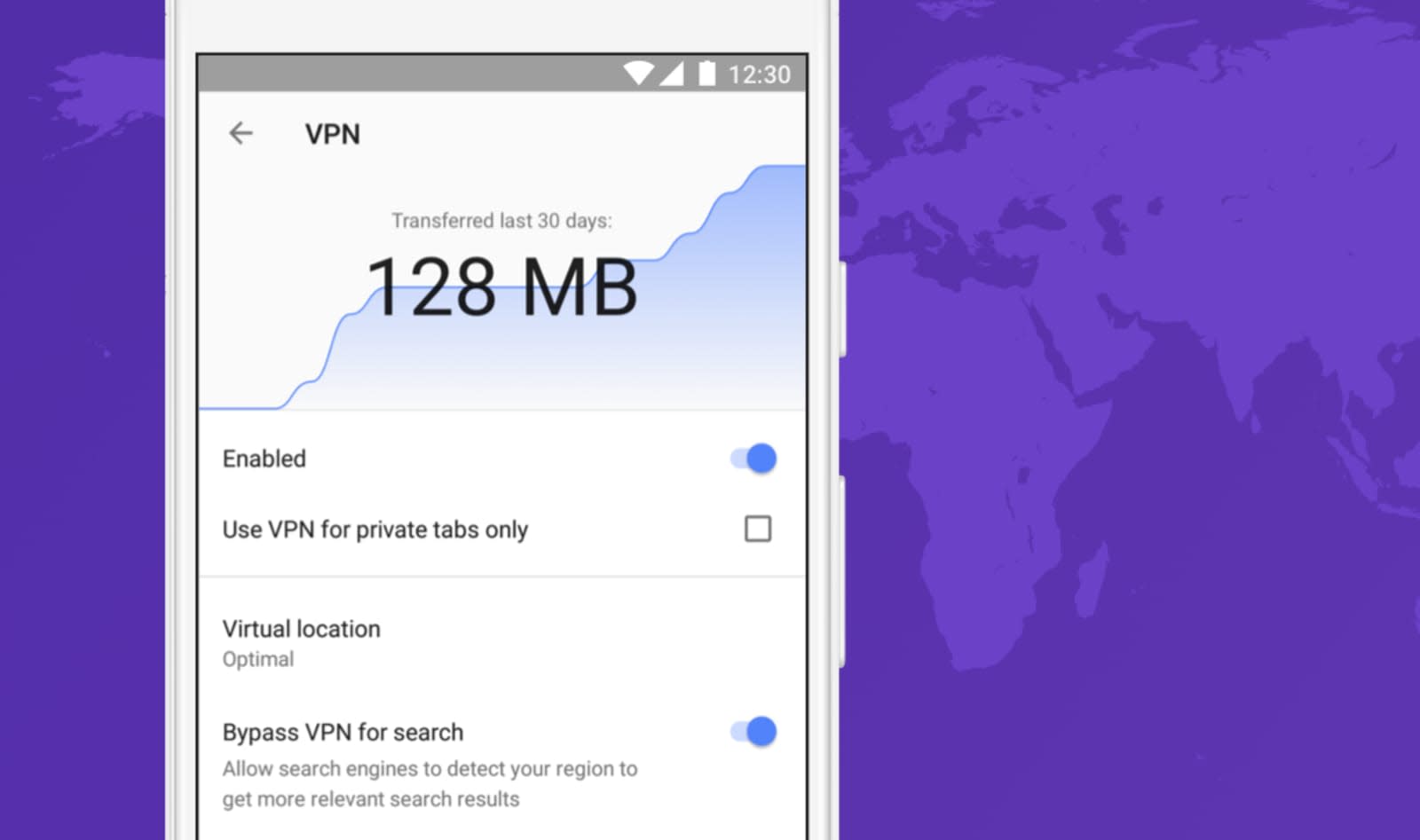 Opera is adding a free, unlimited VPN to its Android browser. It's rolling out the VPN gradually to beta users first before making it more widely available. You'll be able to set your location as America, Europe or Asia, or use a setting to automatically pick the optimal connection. There are also options to turn off the VPN while searching so you get more localized results and to only activate it on private tabs.

Previously, Opera had a VPN app for Android and iOS, which it shut down last year when the app's developers left the company. Baking a VPN directly into the browser means people won't necessarily need to grab an extra app to use one, and it should afford them an extra layer of privacy protection. It's not clear if or when Opera will bring the VPN to its iOS app, but Opera's desktop browser includes one.

In this article: android, browser, gear, internet, mobile, opera, privacy, vpn, webbrowser
All products recommended by Engadget are selected by our editorial team, independent of our parent company. Some of our stories include affiliate links. If you buy something through one of these links, we may earn an affiliate commission.