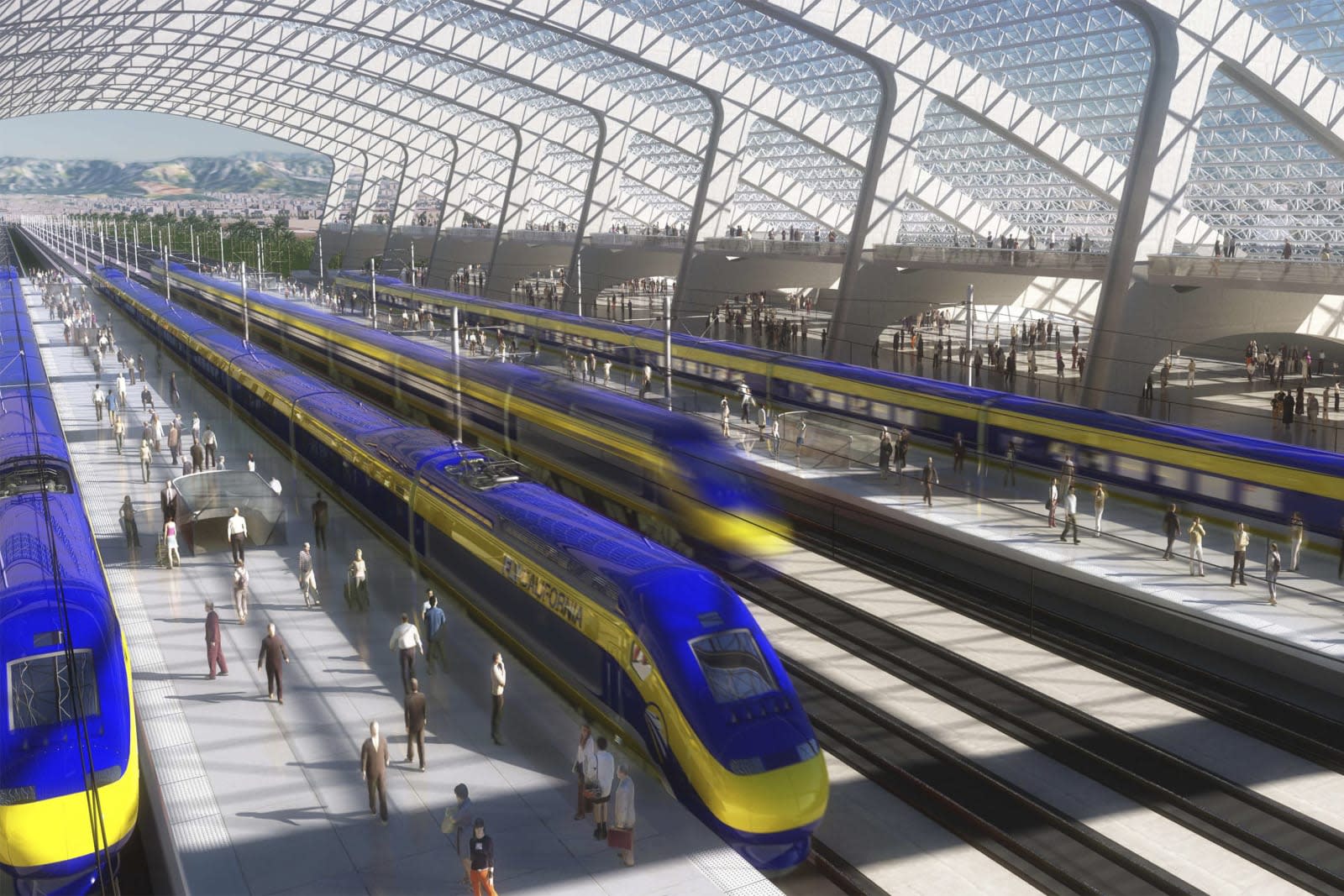 There were concerns about the logistics of California's planned high-speed rail system even as construction began, and those practical realities are finally hitting home. Governor Gavin Newsom said he plans to scale back the rail system, building just the Central Valley segment rather than the full San-Francisco-to-LA route. It would "cost too much" and "take too long" to complete the original railway, he said.

Instead, the state would focus on a route running between Merced and Bakersfield, with cities like Fresno along the way. This would leave California's biggest cities out of luck, but it could lead to "economic transformation" for a part of the state that doesn't receive as much attention as the large coastal cities. Newsom didn't rule out completing the rest of the line and suggested he'd press for more public and private funding to flesh things out, but suggested it was better to "get something done."

This won't make proponents of the rail system happy, but Newsom was under pressure to take some kind of action. The project, which would have trains connecting most major cities at 220MPH, was originally slated to cost $45 billion. Revisions ballooned the cost to $77 billion, though, and pushed the network's completion back by four years. That made it a target for critics who saw it as a waste of money that could be spent on better causes.

Whether or not that's true, the reduced plans still leave the state in a bind. It's losing the prospect of fast intra-state transportation that doesn't involve expensive, fuel-hungry aircraft. And while the new plan is still likely to create jobs, it's definitely not going to produce the 320,000 permanent positions mentioned a decade ago.

In this article: california, gear, government, high-speedrail, highspeedrail, rail, railway, train, transportation
All products recommended by Engadget are selected by our editorial team, independent of our parent company. Some of our stories include affiliate links. If you buy something through one of these links, we may earn an affiliate commission.