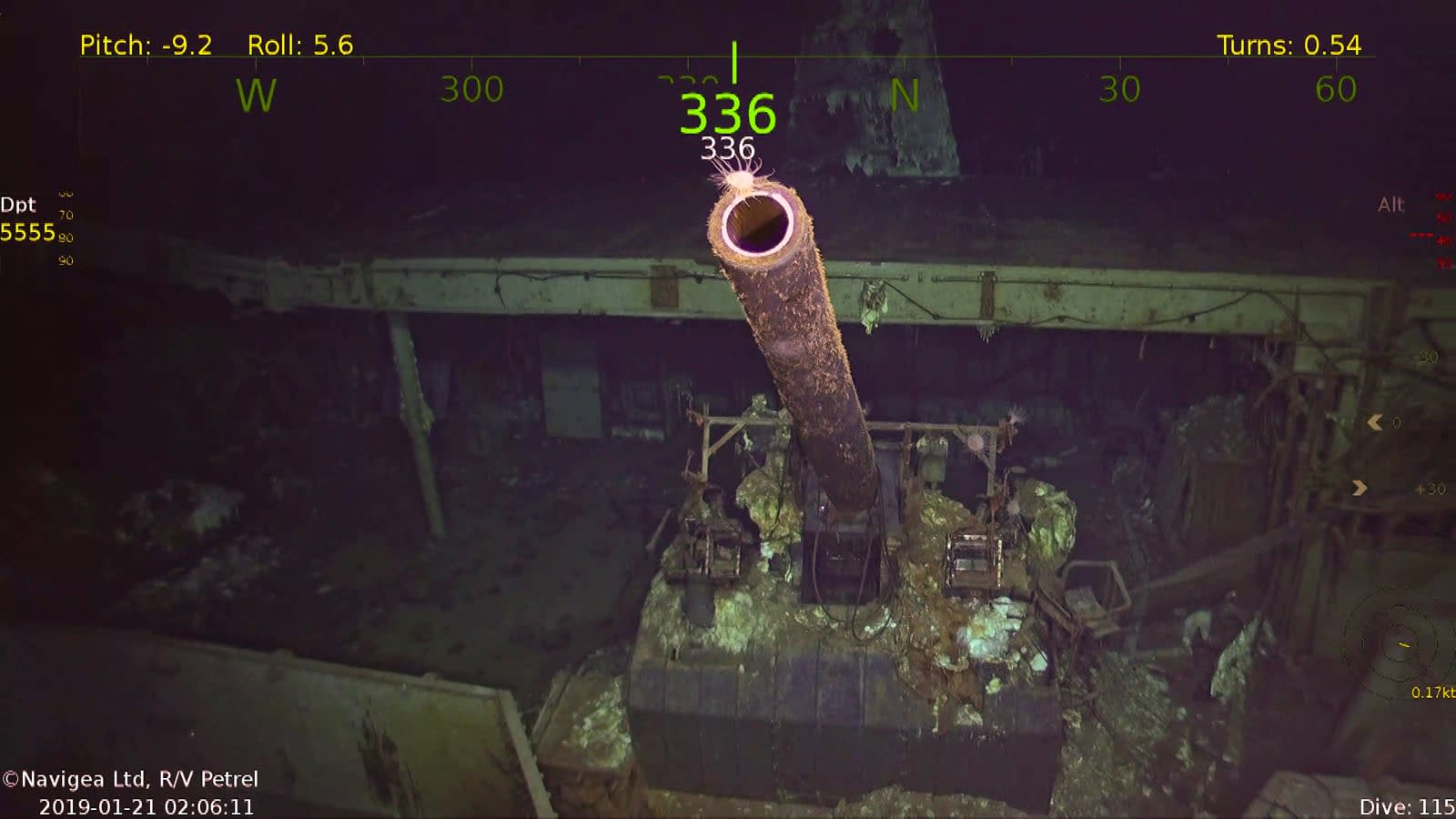 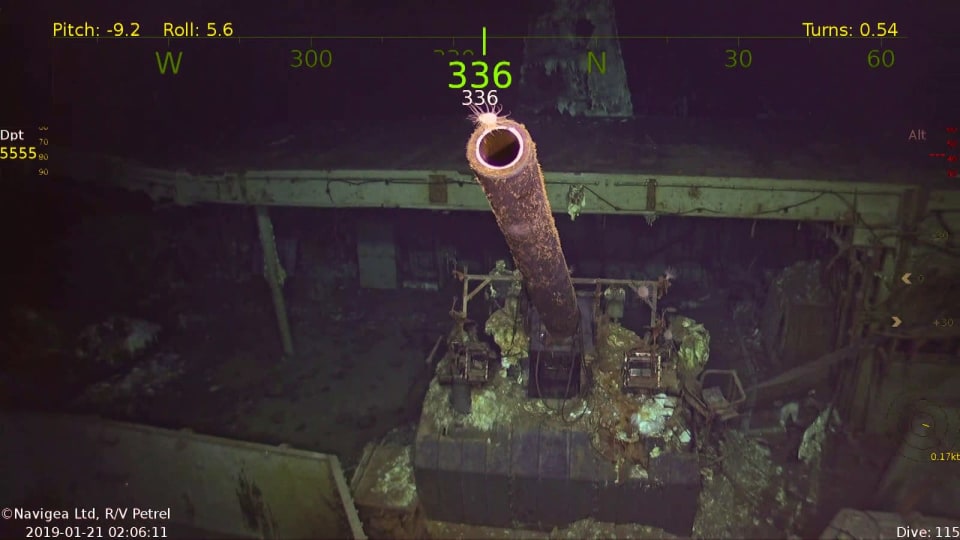 The late Paul Allen's research vessel, the Petrel, has found another historic warship at the bottom of the ocean. In the wake of an initial discovery in late January, the expedition crew has confirmed that it found the USS Hornet, an aircraft carrier that played a pivotal role in WWII through moments like the Doolittle Raid on Japan and the pivotal Battle of Midway. It was considered lost when it sank at the Battle of Santa Cruz in October 1943, but modern technology spotted it nearly 17,500 feet below the surface of the South Pacific Ocean, near the Solomon Islands.

The team initially narrowed down its search area by using data from the era, such as action reports and deck logs from other ships involved in the Santa Cruz fight. From there, tech took over. The Petrel's autonomous underwater vehicle used sonar to spot the shipwreck on the "first dive," and verified that it was the Hornet through video footage. A former crew member, Richard Nowatzki, witnessed the video discovery first-hand alongside CBS News.

Much of the ship is recognizable despite 77 years passing by, including its deck guns and vehicles. Aircraft that were still onboard the Hornet were also visible.

It's a solemn moment. The Hornet lost 140 crew members out of 2,200 during the battle, and this provides a degree of closure for the fallen sailors' families. At the same time, it's also a testament to advances in discovery techniques. Where the depth of the wreck and the imprecision of earlier methods made it impractical to locate the Hornet, it's now possible to find long-lost ships like this using just a minimal crew (the Petrel has just 10 people) and robotics.

In this article: aircraftcarrier, AutonomousUnderwaterVehicle, auv, deepsea, drone, gadgetry, gadgets, gear, paulallen, petrel, robots, science, shipwreck, sonar, usshornet, vulcan, wreckage, wwii
All products recommended by Engadget are selected by our editorial team, independent of our parent company. Some of our stories include affiliate links. If you buy something through one of these links, we may earn an affiliate commission.