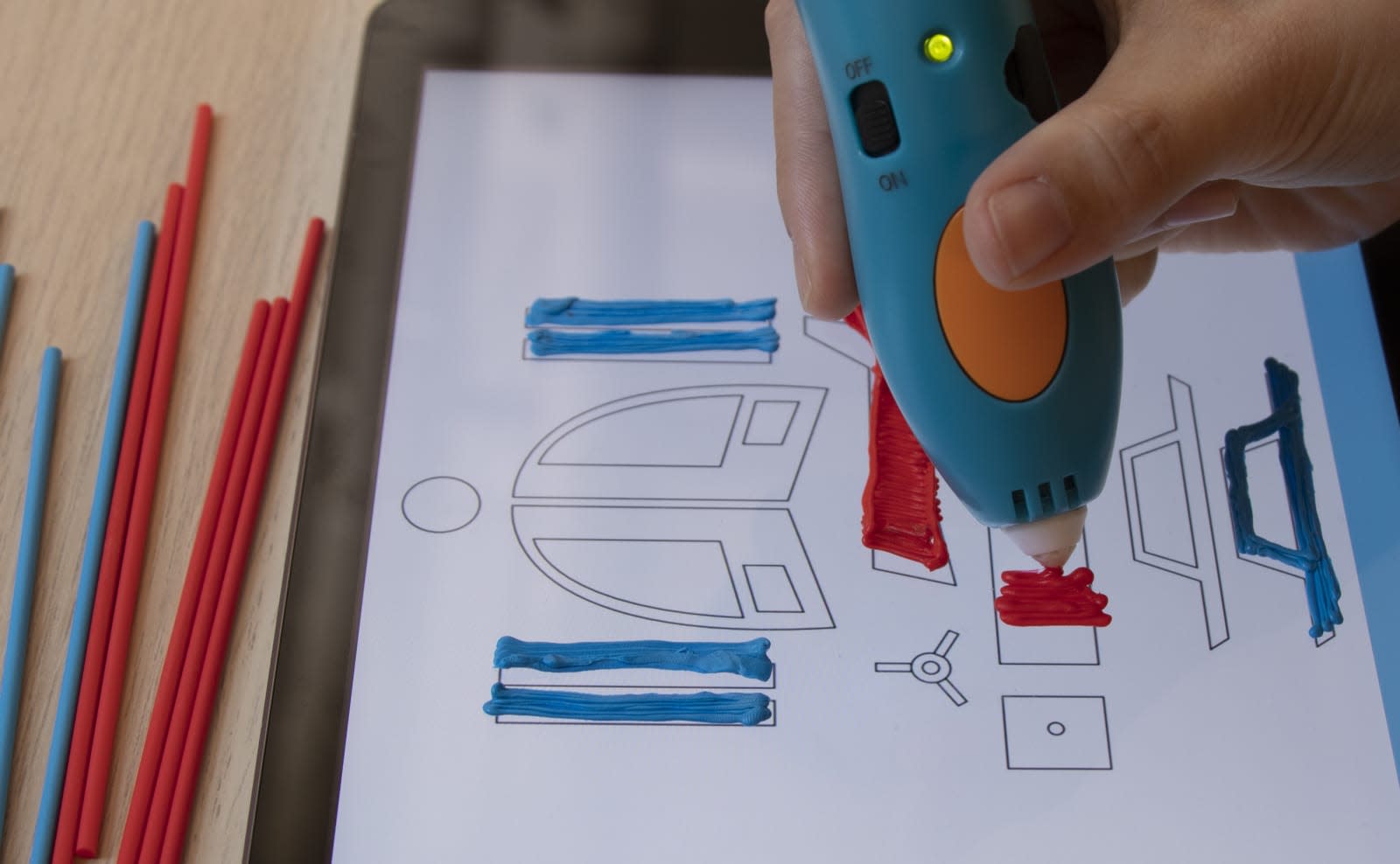 3Doodler is finally launching a mobile app, and it'll come with step-by-step instructions you can follow to hone your 3D-printing skills. The company will also roll out a new project every week to give you something fresh to work on after you've already gone through all the tutorials (over 10, the company said) featured at launch. But the best thing the application can offer if you truly can't wield your 3D-printing pen properly even after loads of practice is stencils. You don't even have to print out the stencils: you can literally just draw with a 3Doodler right on your mobile device while following the patterns on the screen -- sort of like a paint by number coloring book.

In addition to the mobile app, the company has also announced new kits and the availability of EDU Learning Packs from various retailers, including Amazon, Barnes & Noble and Best Buy, ahead of New York Toy Fair. The new $25 Robosumo activity kit includes activity guide and motors for mini sumo battle robots, while the $20 Alphadood character kit will make it easy to create action figures for stop-motion animation. 3Doodler has also announced two new Create+ Pen Sets that bundle various accessories together.

Company chief Daniel Cowen said that 3Doodler's goal is to "become as ubiquitous as a Crayola or LEGO in terms of being synonymous with creativity and development from an early age." He also said that 3Doodler will focus even more on education going forward to achieve that goal:

"Our mission is to inspire and enable everyone to create, and firmly believe that education is the proper vehicle for this mission. We've already seen countless examples of how 3Doodler can positively impact a classroom, and have now started to structure our company to meet that demand."

3Doodler plans to release its mobile app for Android and iOS devices in the first quarter of 2019, so we'll likely see it hit the platform's app stores very soon.

In this article: 3doodler, art, design, gear, mobile, New York Toy Fair, toy fair, toy fair 2019, toyfair2019
All products recommended by Engadget are selected by our editorial team, independent of our parent company. Some of our stories include affiliate links. If you buy something through one of these links, we may earn an affiliate commission.