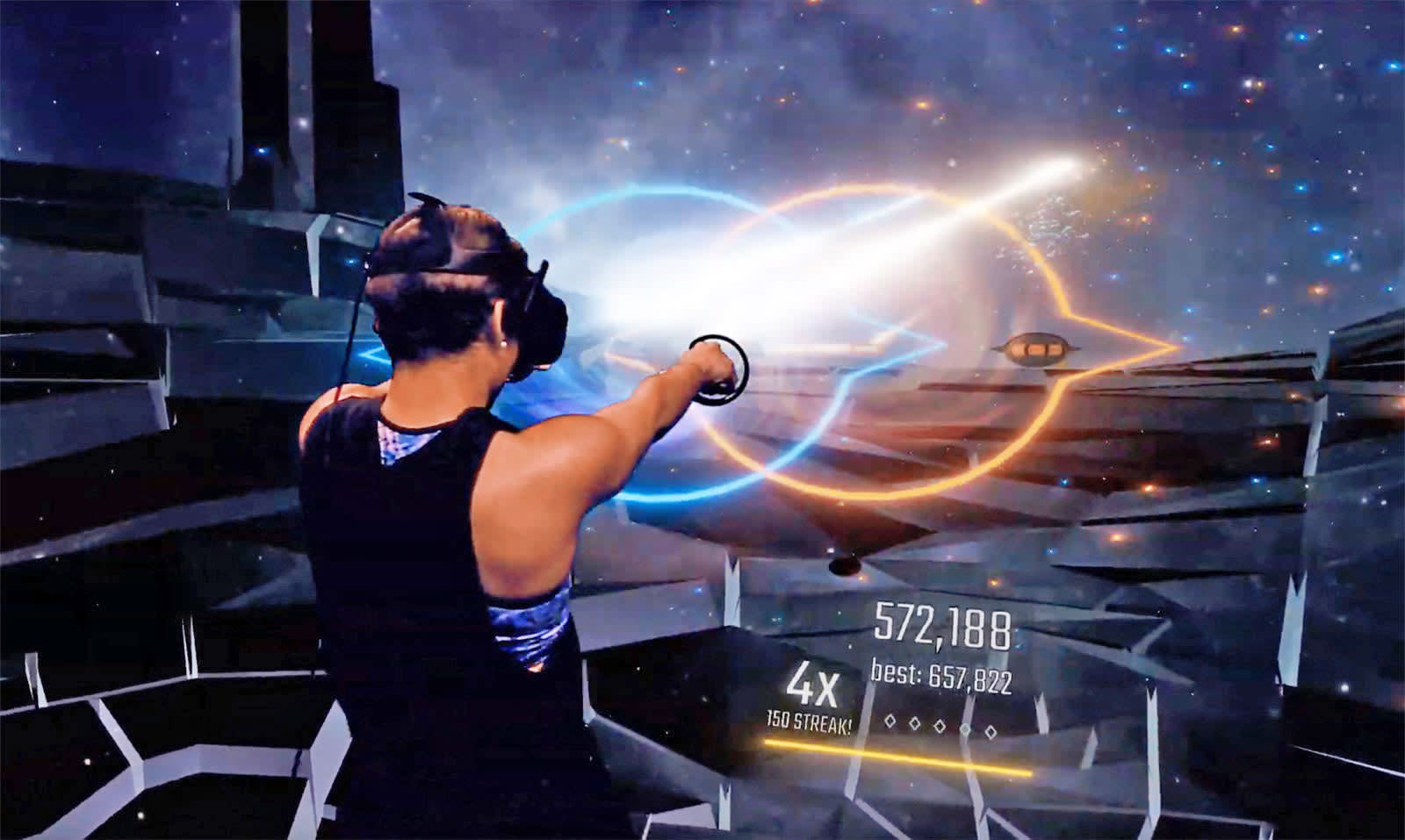 Beat Saber has become something of a hit in the rhythm game scene thanks to its clever VR mechanics, and the veterans at Harmonix clearly want to offer their own response. They've unveiled Audica, a VR-only title where you blast the notes instead of slicing or tapping them. You're testing both your aim and your knack for keeping time, really. The soundtrack includes tunes from "some of the world's most popular electronic artists" (no Rock Band-style jams here), and you'll naturally compete against others on global leaderboards.

Audica will be available to HTC Vive and Oculus Rift owners in an early form on March 7th through both Steam and the Oculus Store. Sorry, PlayStation VR fans, you're out of luck for now. It's too soon to say if this will please Beat Saber fans, but it's a testament to VR's growth that a well-known developer like Harmonix would craft a title like Audica in response -- it doesn't want to be left out of the conversation.

In this article: audica, games, gaming, harmonix, music, oculusrift, personal computing, personalcomputing, rhythmgame, video, videogames, virtualreality, vive, vr, wearables
All products recommended by Engadget are selected by our editorial team, independent of our parent company. Some of our stories include affiliate links. If you buy something through one of these links, we may earn an affiliate commission.