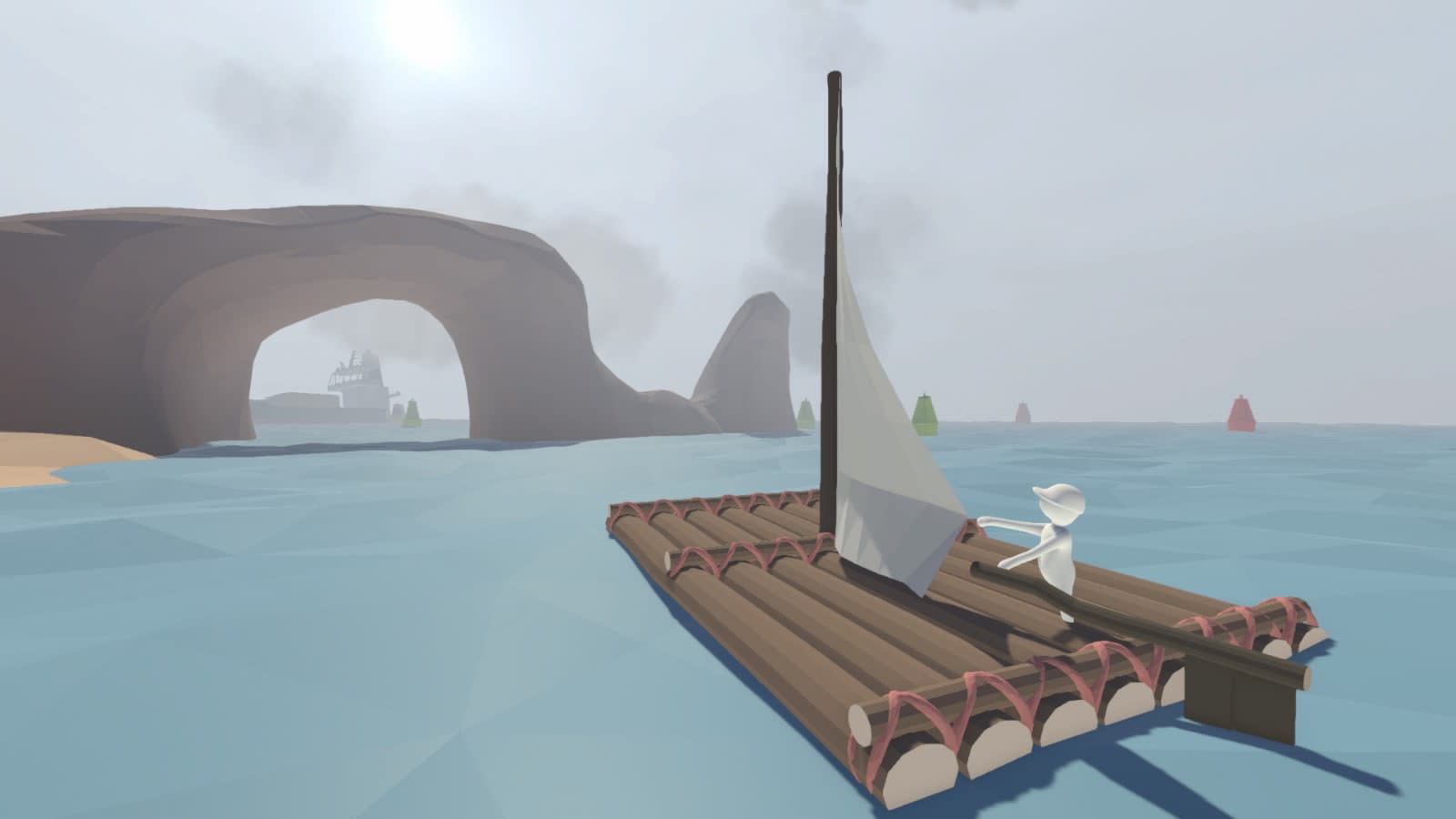 Soon it won't just be Switch owners who get to play indie platform-puzzler Human: Fall Flat on the go. After shifting five million copies across PC, Mac and consoles, the game is heading to mobiles. For the uninitiated, Human stars a claymation-style character named Bob, who walks like he's drunk. Your job is to steer him across a series of floating levels, each with increasingly difficult physics-based puzzles. But if you're easily distracted, chances are you'll use the props on-hand (think catapults, forklifts, and wrecking balls) to cause happy accidents.

Online play, meanwhile, lets you conduct even more mayhem with up to seven extra players. And if you thought the game was hard to control with a keyboard or pad, just imagine what it will be like on touchscreens.

Though it was created by a lone developer -- Tomas Sakalauskas of one-man studio No Brakes Games -- Human's mobile port is being overseen by a bunch of indie stalwarts, including developer Codeglue and publisher 505 Games, who previously teamed up to port Terraria to mobiles, and Britain's Curve Digital (Stealth Inc 2). There's no word on a release date, but we do know that Human is heading to smartphones and tablets.

In this article: 505 games, av, gaming, mobile games, mobile gaming, smartphone gaming
All products recommended by Engadget are selected by our editorial team, independent of our parent company. Some of our stories include affiliate links. If you buy something through one of these links, we may earn an affiliate commission.