Ever wanted to shoot darts from a llama?

If you thought Hasbro was already milking the Fortnite trend for all it's worth with an official Nerf gun, you haven't seen anything yet. The toy maker has unveiled its full line of Fortnite-themed Nerf guns (including Super Soakers), and while it's not a complete reflection of the battle royale shooter's arsenal, it's likely you'll find something that suits your tastes. People who prefer dart-based havoc can pick up the AR-L assault rifle ($50) or SP-L pistol ($20) for conventional weaponry, but they can also wield $10 MicroShot dart blasters for surprise attacks. If you've ever wanted to shoot foam projectiles from a llama's mouth, now's your chance.

The Super Soaker crowd has multiple tools at its disposal as well. Fortnite's tactical shotgun is available as a pump-action water blaster for $20, while the rocket launcher shows up as the $20 RL (thankfully, you aren't actually firing water-filled projectiles). And if you're just looking for a Fortnite take on the classic squirt gun, the HC-E hand cannon will be available for $10.

The lineup officially reaches shelves on March 22nd, with pre-orders available both through Hasbro as well as Amazon and Walmart. 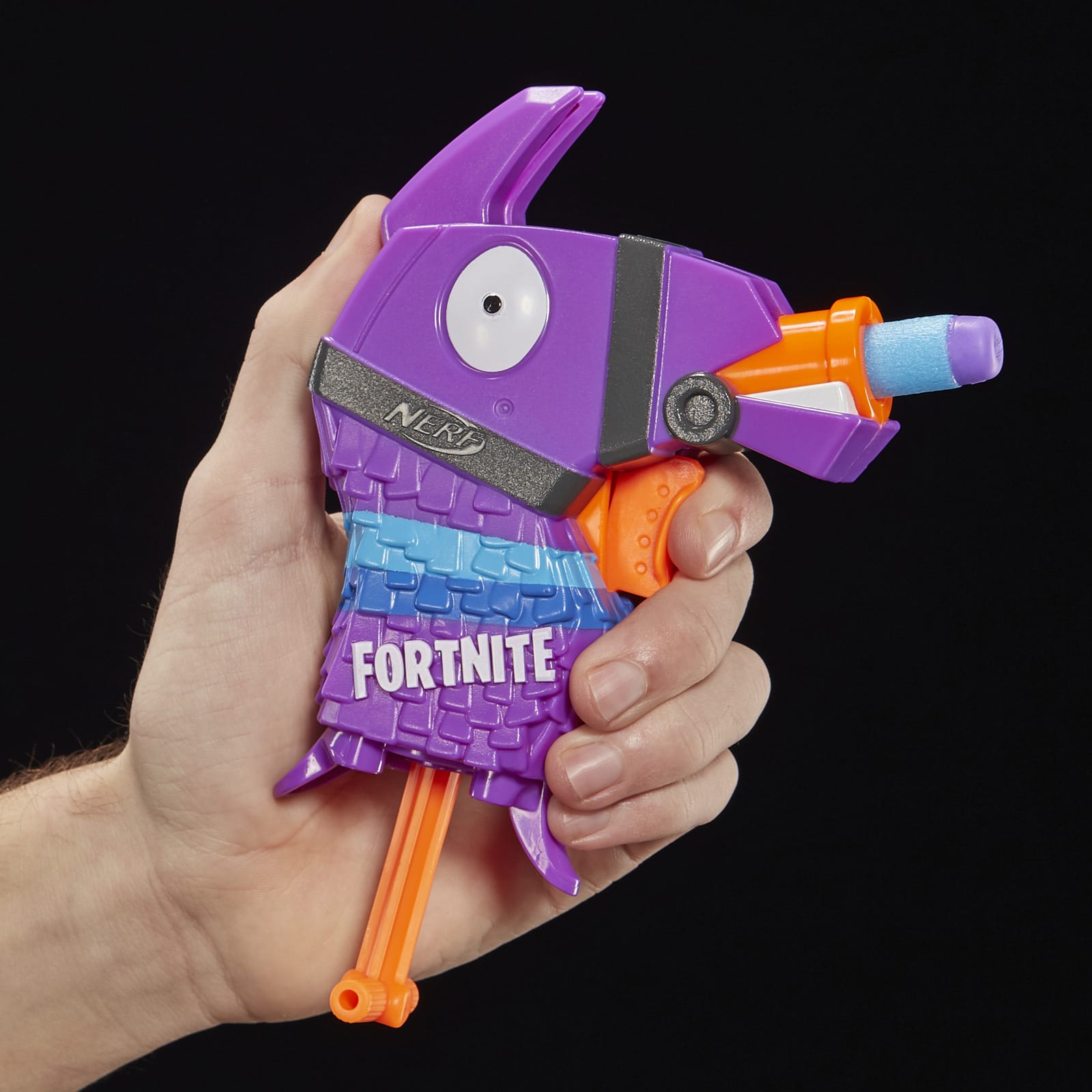