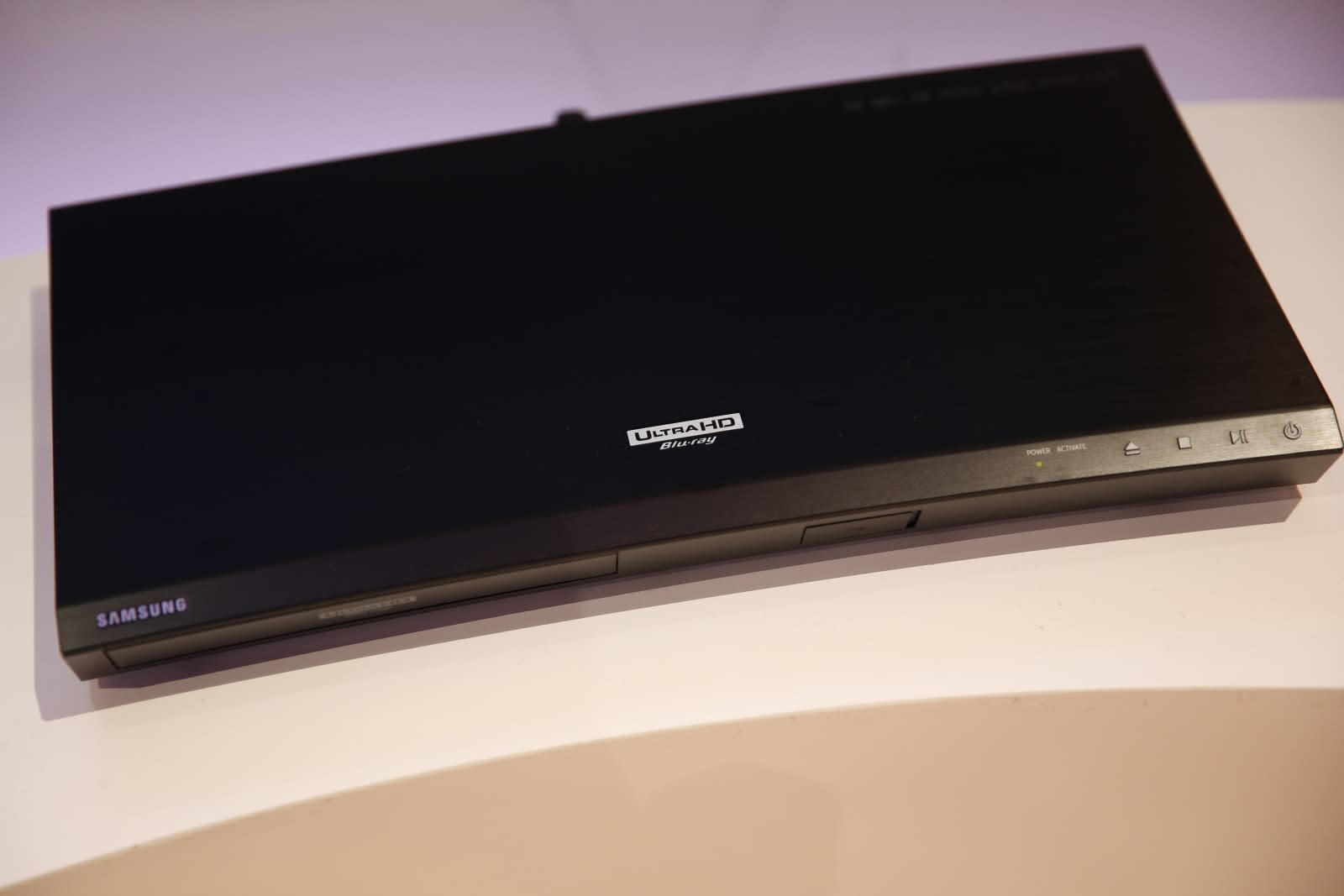 Did you notice that Samsung hasn't made a peep about Blu-ray players at CES or other recent trade shows? There's a good reason for it: the company is exiting the category in the US. Samsung told Forbes and CNET that it's no longer introducing Blu-ray players for the country. It didn't provide reasoning for the move, but Forbes sources reportedly said that Samsung had scrapped a high-end model that was supposed to arrive later in 2019. As it stands, there are a number of likely factors behind the decision.

To begin with, Samsung would be competing for a narrow slice of a small market. While 4K Blu-ray disc sales have been growing rapidly, they're part of a declining industry. Overall disc sales fell 11.5 percent in the third quarter of 2018. It's a tough space to be in, and even brands like Oppo Digital have backed out. It didn't help that Samsung's players didn't support Dolby Vision (just HDR10 and HDR10+), ruling them out for home theater enthusiasts who either don't have HDR10 TVs or simply prefer Dolby's approach to HDR video.

There's also an elephant in the room: streaming. While many will tout Blu-ray's higher quality compared to streaming services, there's no doubt that there's a larger audience of people who would rather subscribe to Netflix or Amazon than buy physical movies. The Digital Entertainment Group noted that 2.3 million 4K Blu-ray devices sold in US during the first nine months of 2018, but those included game consoles that might never play a disc-based movie. Netflix, meanwhile, had over 148 million global subscribers by the end of 2018. Samsung might not want to pour money into disc players when they have an uncertain future, especially not when its TVs now have access to movie purchase and rental services like iTunes.

In this article: 4k, av, blu-ray, blu-ray player, blu-rayplayer, gear, movies, samsung
All products recommended by Engadget are selected by our editorial team, independent of our parent company. Some of our stories include affiliate links. If you buy something through one of these links, we may earn an affiliate commission.