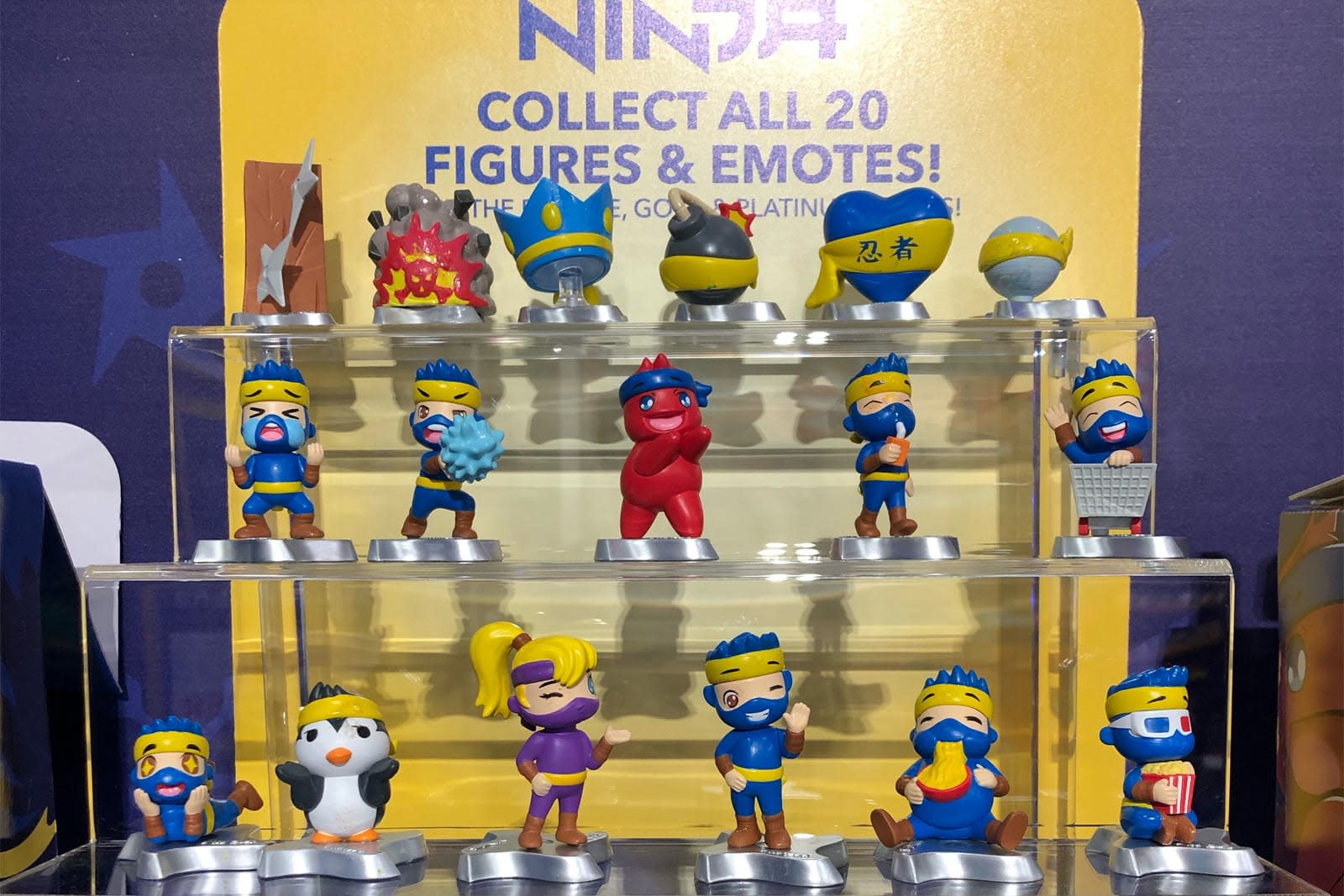 You can't usually show support for a game streamer in the real world outside of t-shirt and stickers, but Wicked Cool Toys is kicking things up a notch. It's introducing a line of toys themed around streamers, starting with Twitch superstar Tyler "Ninja" Blevins. You'll find two-inch collectibles in blind packs ($5 each, above) and four-inch dancing figures ($10) themed around his characters and emotes, as well as head wear ($20) that gives you that blue hair and headband. All of those should ship in the fall, and there are plans for plush toys, games and other goodies.

Other streamers will get nods as well. WCT is launching an augmented reality-enhanced set of five-inch vinyl figurines ($20 each) that will use a QR code to unlock a virtual experience based on top streamers. Ninja is unsurprisingly part of the mix, but he'll also be joined by well-known streamers like Lirik, Summit1G and Tim the Tat Man. There's no release date for these collectibles, but WCT stressed that they'll be "owned by and made for" the streamers.

Whether or not these toys succeed is up in the air. Their existence says a lot about how much game streaming has grown, at least. While it's been a regular part of the gaming scene for years, it's now large enough that it attracts the interests of celebrities (see: Drake) and regularly draws tens of thousands of viewers on the best-known channels. Simply speaking, there's a significant potential audience for these toys -- it's just a question of whether it's significant enough to support a toy line. In this article: augmentedreality, collectible, gadgetry, gadgets, games, gaming, gear, internet, mobile, ninja, streaming, TL19NIN$, toy fair 2019, toyfair, toyfair2019, toys, twitch, tylerblevins, videogames
All products recommended by Engadget are selected by our editorial team, independent of our parent company. Some of our stories include affiliate links. If you buy something through one of these links, we may earn an affiliate commission.