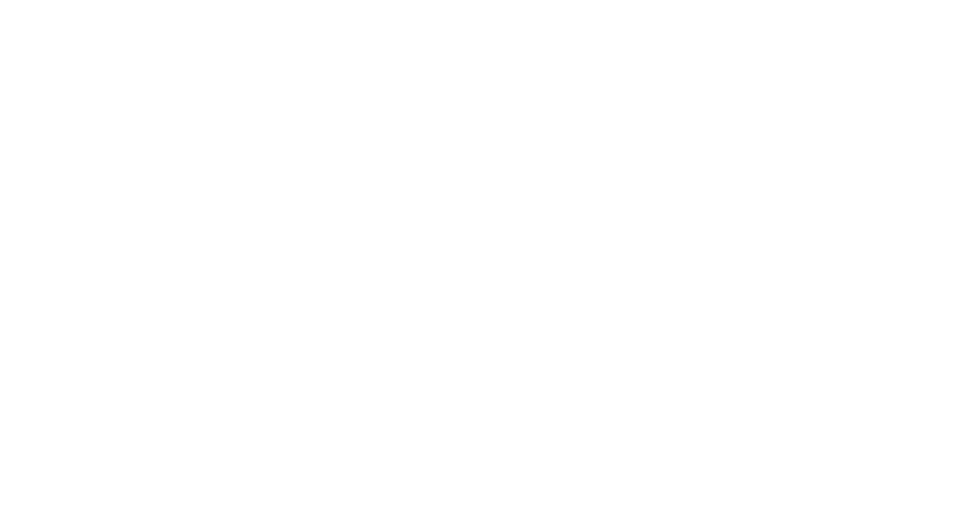 The superfans behind the Instant Pot hype

Earlier today she loaded five pounds of chuck, beef broth and spices into one of her six-quart Canadian pressure cookers and pushed a few buttons so that shredded beef would be ready when she returned from picking up her two young kids from viola and violin lessons. "Monday is meatless, Tuesday is chicken, Wednesday is beef, Thursday is fish, Friday is chicken, Saturdays we go out and Sundays we roast!" the 40-year-old ball of energy explained to Engadget in one of her effusive emails. "I know my six-quart Instant Pots like I know my own children."

As Fox raced around Naples, Florida, two other Instant Pots cooked away on her counter, perfecting brown rice and broccoli, respectively. A fourth "spare IP in the original box" squatted in the garage, in case of an emergency. "I should own stock in brown basmati, bone broth and sauce packets by Frontera," she quipped.

Meanwhile, in Portland, Oregon, 42-year-old Andrea Evans had just branched out from cheesecakes to cannabis-infused coconut oil. Besides being an ingredient in muffins, she says she utilizes the oil for "massaging muscles, and as a sex lube," proving that you really can use the Instant Pot for anything.

Both Fox and Evans are part of a Facebook group called "Best F*cking Instant Pot Recipes Ever," which features a photoshopped picture of Beyoncé clutching the stainless steel kitchen contraption. It numbers almost 5,000 members, which, in the scheme of IP groups, is a drop in the pressure cooker.

The official Instant Pot group has 1.8 million members, and Facebook boasts hundreds run by the community, including my favorite, ""Dump and Push Start" Easy Instant Pot Recipes," with 86,000 members. The device is listed as No. 4 in Amazon's best-sellers in kitchen and dining, but other appliances don't garner this level of online devotion.

In fact, the other items in Amazon's top 10 list have an average of only 4,000 reviews each, and the IP has garnered more than 28,000. People love their Instant Pots so much they buy 3D-printed dragon steam vents for them, make birthday cakes in the shape of them, and even dress up as them for Halloween. Last November, Alexandria Ocasio-Cortez, who at 29-years-old had just been elected to the House of Representatives, made mac and cheese in her Instant Pot for a group of several hundred thousand viewers on Instagram Live.

In other words, Instant Pot users are fanatical, intensely devoted to their devices. Some have even called it a cult. Who are the acolytes using the IP, and why does it mean so much to them?

The Instant Pot is not that different from Grandma's traditional pressure cooker. The big change? It uses electricity, not the stovetop, and it has self-regulating safety features. In other words, it's not going to blow up your batch of Bolognese.

The Instant Pot -- which can also be a slow cooker, steamer and yogurt maker among other functions -- has been around for about a decade, though its popularity skyrocketed in the past two years. In 2008, former Nortel engineer Robert J. Wang realized how hard it was to cook healthy meals for his two young children and set about creating a gadget to solve this. He spent 18 months and more than $300,000 of his own personal savings working with a team of "telecom engineers" -- according to Inc -- to create the Instant Pot.

After the co-sign of influencers like Jill Nussinow and Michelle Tam followed by a 2016 Amazon Prime Day promotion, the Instant Pot got gushing coverage from both The New York Times and home cooks like like Brittany Williams. (Williams lost over a hundred pounds cooking with her IP, her Instant Loss Cookbook is a national best-seller and her Facebook community has over 97,000 members). 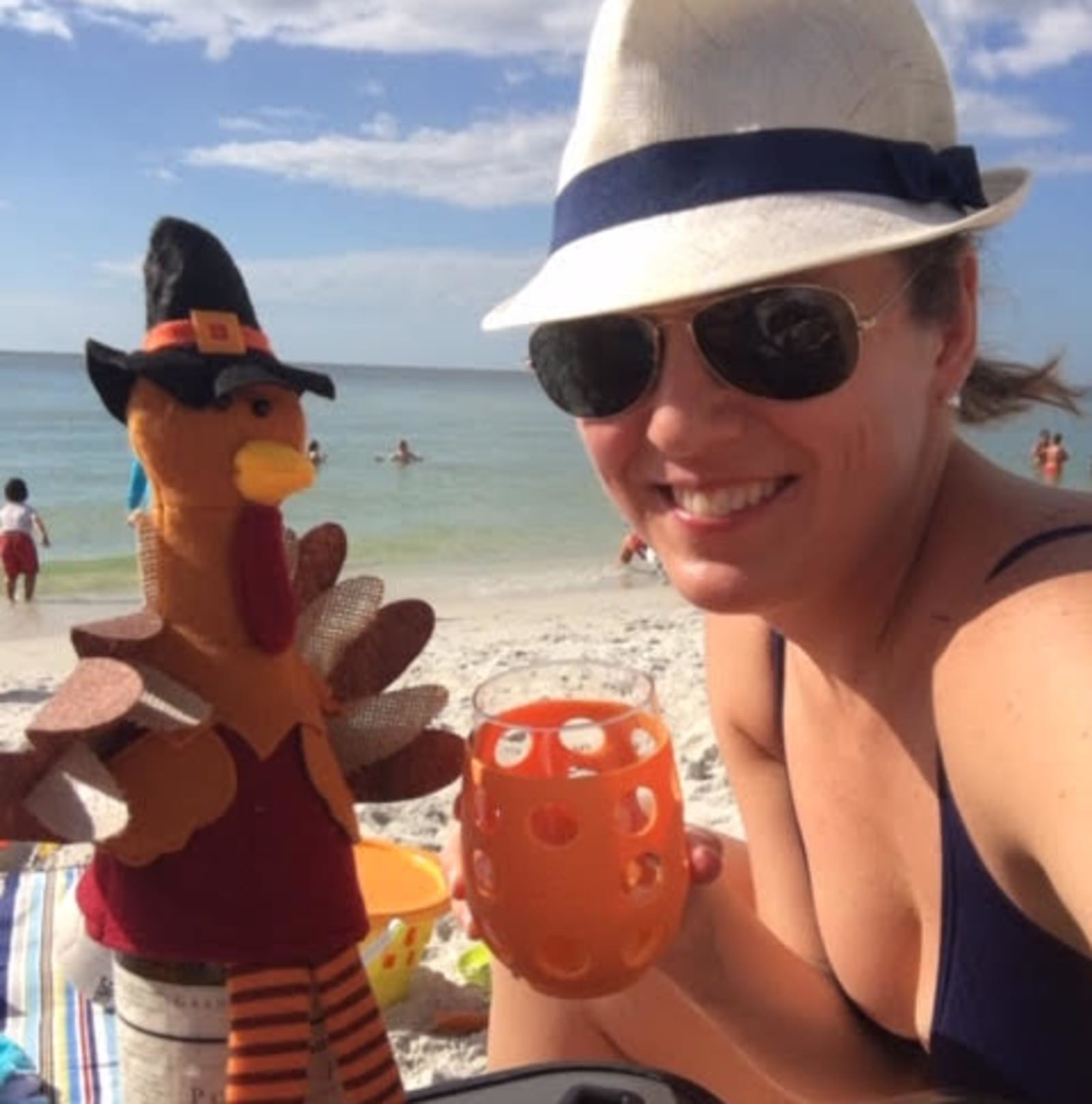 Yet not everyone is a convert. Many complain that cooking with the Instant Pot is certainly not instant. For example, a recipe for supposedly one-minute quinoa actually takes about 20, counting the time for the IP to get to full pressure and then come back down. Another problem is that the machine can be difficult to clean, with tiny parts like the valves and silicone ring.

Last but not least, it's not for people who love cooking. You can't play around with cooking times, and you can't taste-test along the way. "There's no romance to cooking with it, and I don't look forward to using it," Kaitlin Flannery writes on The Kitchn. "When I'm instructed to just lock everything into the Instant Pot and 'walk away,' cooking begins to feel somehow more like a chore than a pleasure."

For the superfans, though, that's the point: They can lock the lid and leave

"We are moving beyond wanting to spend time in our kitchens," said Robyn Metcalfe, a food historian and the director of Food + City, a food-tech incubator in Austin, Texas. "We want food delivered, made for us, perfectly. And the Instant Pot does promise and deliver good food without much attention on our part." 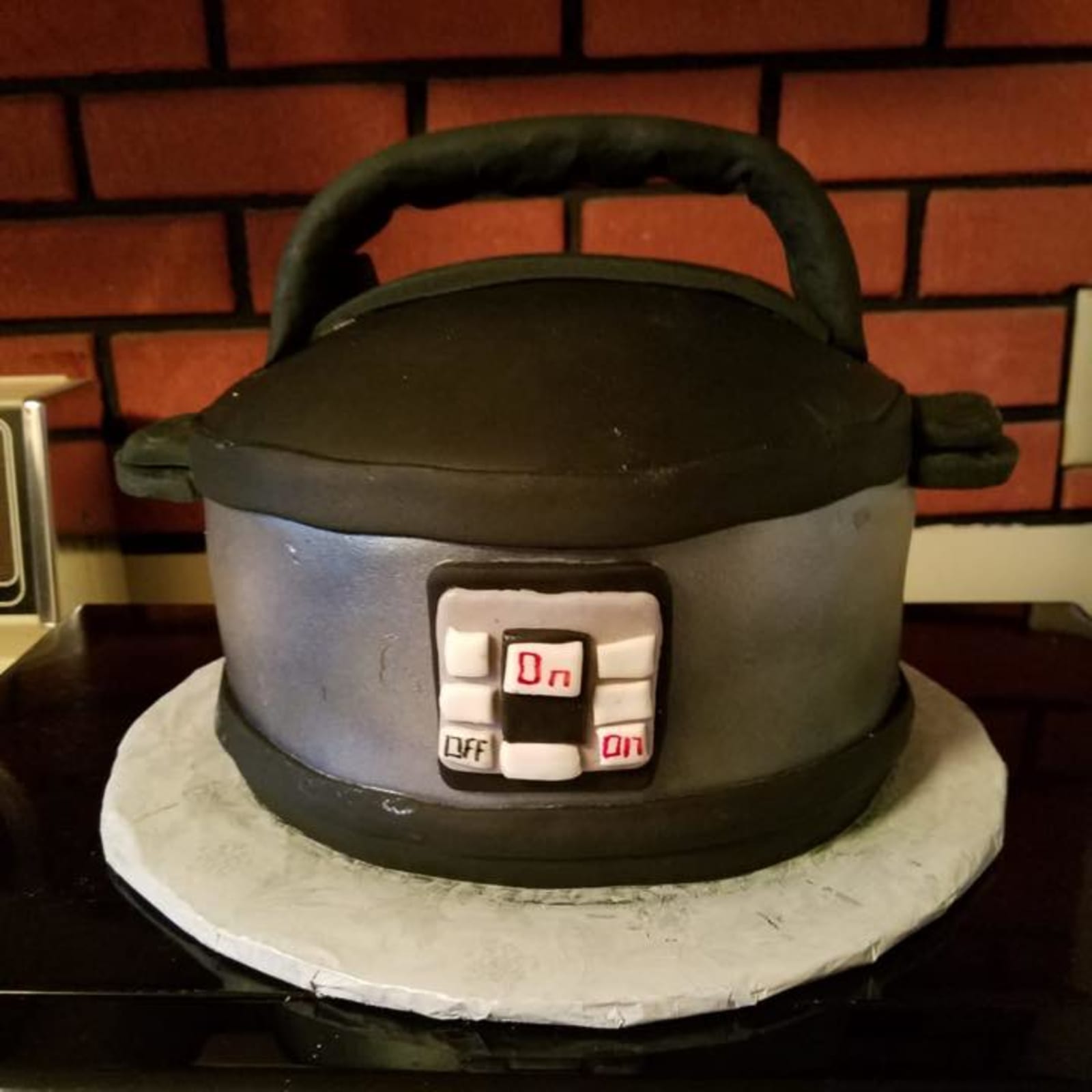 As Meg Barnhart, the founder of The Zen of Slow Cooking, said, her readers "seek to re-create the traditional family dining experience while acknowledging today's demanding lifestyle of work, school and after-school activities." Online, there are recipes for traditional pot roast, Instant Pot wine and homemade dog food. But on an everyday basis, folks told Engadget they couldn't live without IP staples like yogurt, oatmeal and hard-boiled eggs.

Instant Pot itself cited "busy parents" who are "always looking for quick and easy meal options" when Engadget reached out to the company for comment. "A key group [of IP users] are female, 35-54 years old, married with kids," marketing manager Anna Di Meglio noted. This population also dominates Facebook groups like "Best F*cking Instant Pot Recipes Ever," which is over 90 percent female.

That's not surprising. As Emily Matchar writes in her book Homeward Bound: Why Women Are Embracing the New Domesticity, "American women cook 78 percent of dinners, make 93 percent of the food purchases and spend three times as many hours in the kitchen as men. 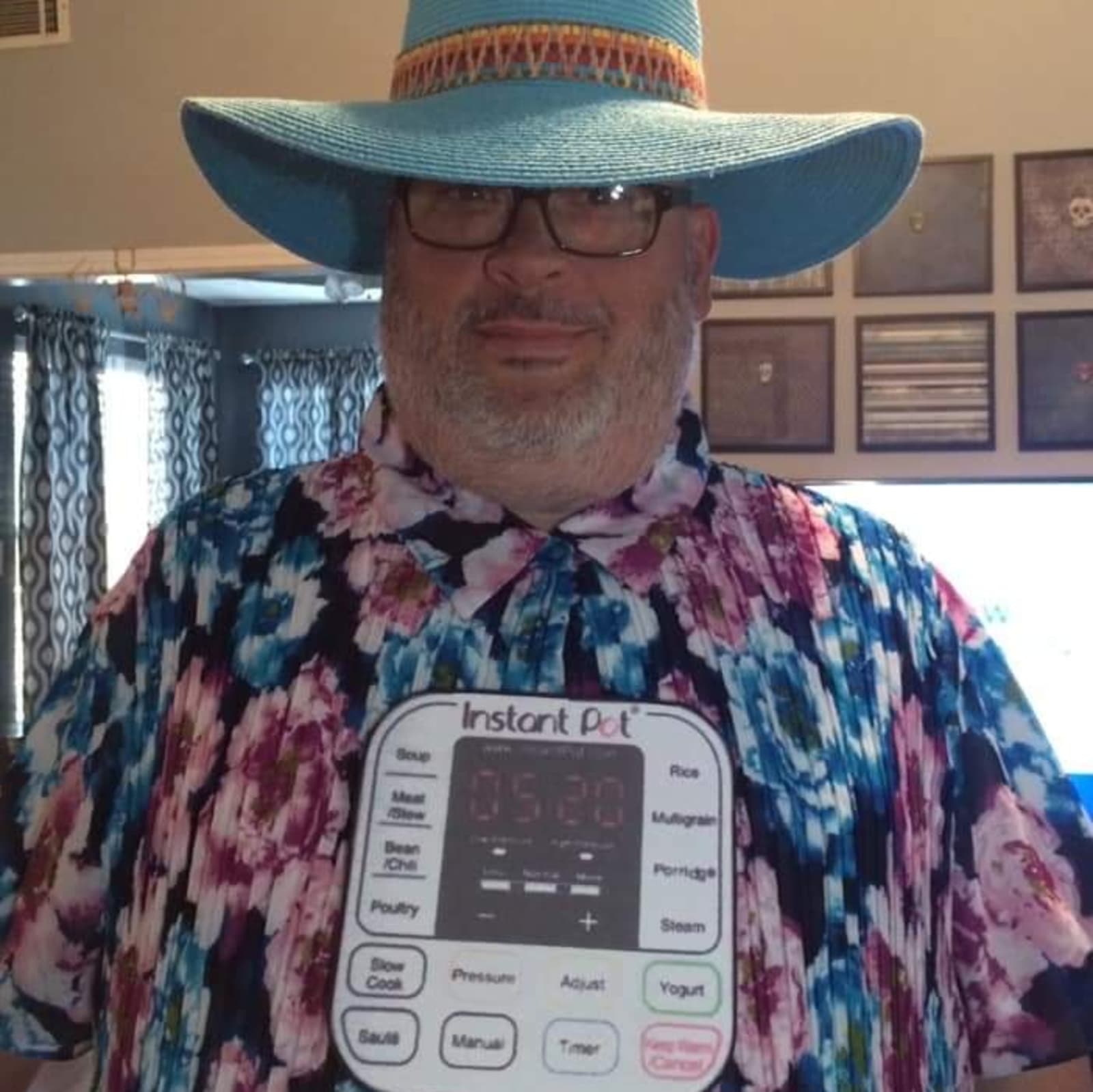 Women collectively control a lot of spending. "If the consumer economy had a sex, it would be female," Bloomberg recently quipped, noting, "Women drive 70-80 percent of all consumer purchasing, through a combination of their buying power and influence." They buy for their nuclear and extended families while influencing friends, acquaintances, and, say, Facebook groups.

The psychic responsibility of cooking meals for your family can also feel less stressful with the ability to crowdsource an idea for dinner in minutes. Case in point: A post on the official Instant Pot Community FB group about what to do with leftover taco chicken yielded 79 comments in less than an hour.

Community support changes the game. Evans said that after she bought her first Instant Pot, "It sat in the box for about a month because I was so afraid of it. Once I joined some IP recipe groups on Facebook, I decided to give it a try and fell in love with it." Now she has bought two more and has even given one to her college-age son. 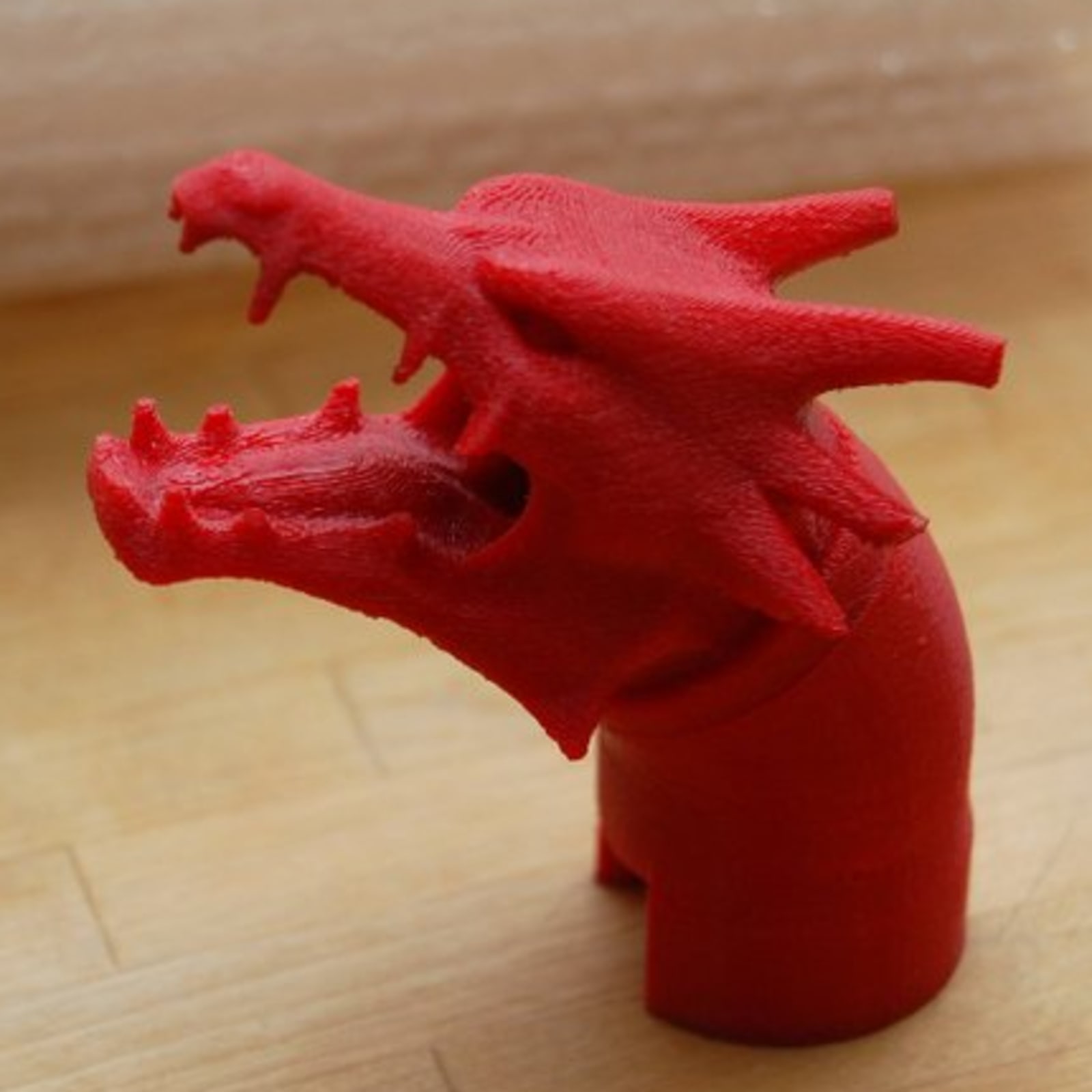 Dragon steam vents for the pressure cooker on sale at Etsy.

"I've incorporated the IP into every facet of my cooking life," said Monica Silvestro, a 39-year-old mother of two in Rockville, Maryland, who teaches preschool and runs the FB group Under Pressure.

Silvestro also takes an Instant Pot with her on vacation, most recently to the beachside. "It was nice not to heat up the beach house kitchen to make a meal," she said, "plus we were able to save on eating out."

She brings it to work too. "We are not allowed to use flames or open heat sources in the classroom, so the IP is a safe cooking tool I can use with my students," she said. "We made applesauce in September and cornbread in October. I'm planning to cook a 'family soup' next week whereby each student brings in a different ingredient. The kids will add the ingredients into the liner and I'll set it before we head to recess."

It's the classic Instant Pot story: simple, safe cooking coupled with word-of-mouth marketing -- even to three-year-olds.