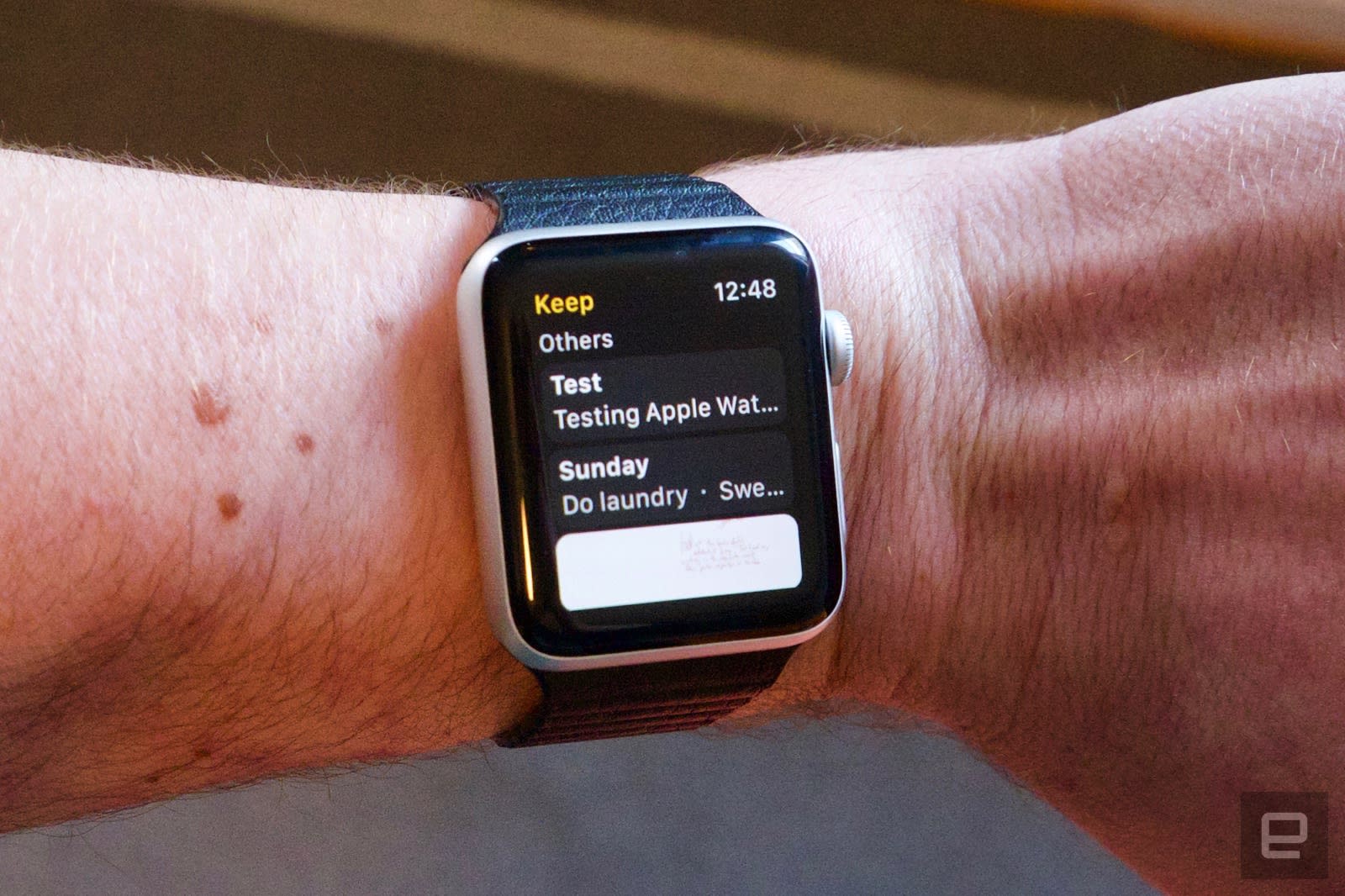 It's been more than a year since Google, Amazon and eBay apps were removed from the Apple Watch. Now, Google is making a comeback with an updated version of Google Keep, its note-taking app.

The latest version of Google Keep for iOS, released last night, includes an Apple Watch app for the first time. This makes Keep the first Google app to return to the watch since Google Maps was scrubbed in 2017.

The straightforward app features a main screen that lists users' 10 most recent notes, presented as cards. Users are able to make new notes and lists by dictating or using the "scribble" feature to write letters on the Watch face. Naturally, you can also add emoji. Users can add more items to existing lists, but they cannot add to existing notes.

This initial version is basic, but it's an unexpected addition, since historically, Google hasn't supported the Watch outside of its one Maps app. It's also important given that Apple's own note-taking app, Notes, does not work with the Apple Watch. While apps like Bear help fill the void, the wide usage of Google's products means a lot of people could find this handy.

In this article: apple, apple watch, gadgetry, gadgets, gear, google, google keep, googlekeep, wearables
All products recommended by Engadget are selected by our editorial team, independent of our parent company. Some of our stories include affiliate links. If you buy something through one of these links, we may earn an affiliate commission.