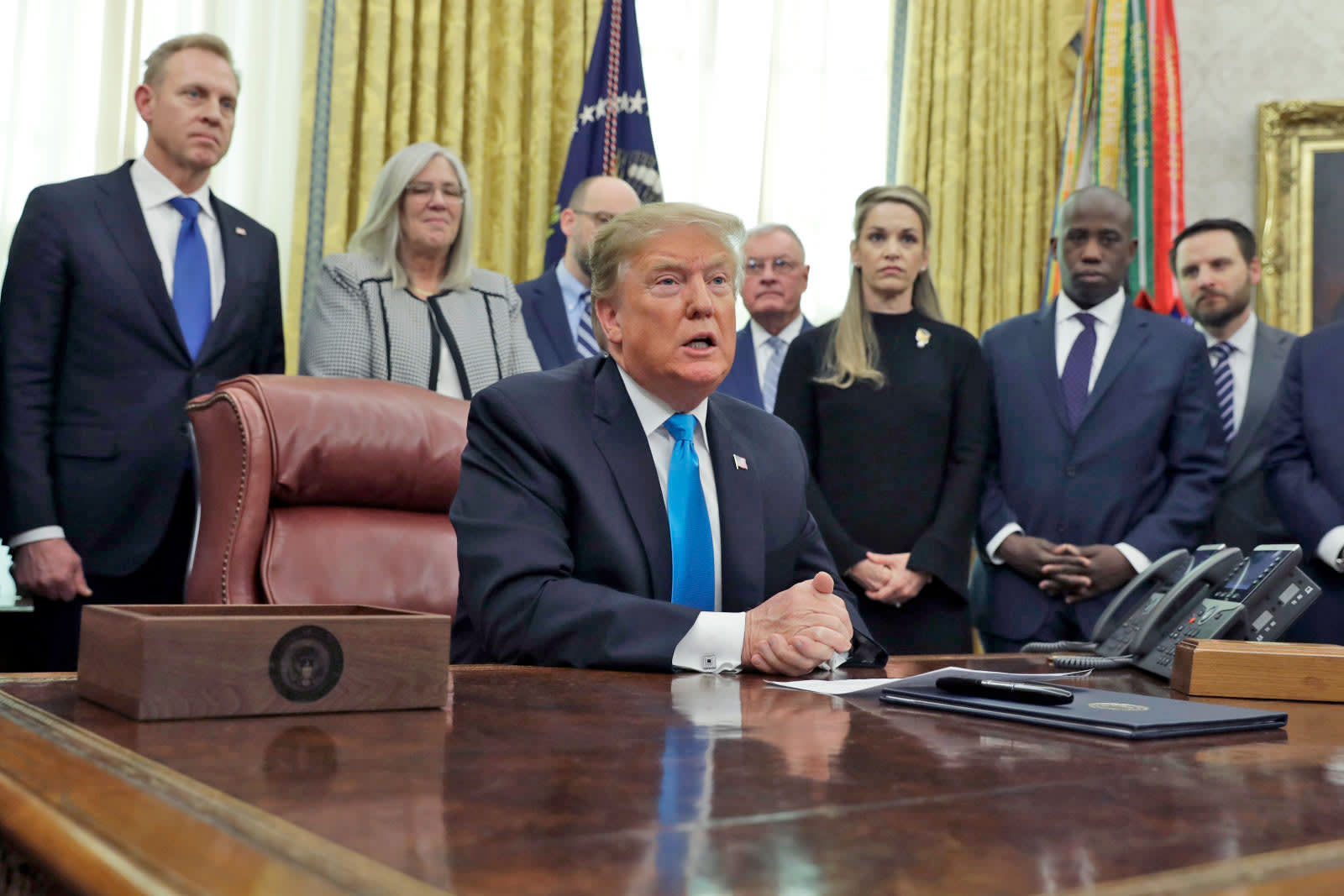 Following weeks of speculation, Donald Trump signed the Space Policy Directive 4 during a ceremony at the White House on Tuesday, a document which explains how his administration will establish his Space Force.

"Just as we've done in ages past, the United States meet the emerging threats on this new battlefield," Vice President Pence said during a speech last August. "The time has come to establish the United States Space Force."

Under the plan signed today, the Pentagon would form a sixth branch of the armed services under the Air Force, then recruit a civilian administrator to act as Assistant Secretary of Defense for Space (a position appointed by the president and confirmed by the Senate), before building or acquiring the satellite technology necessary to engage in space-based combat missions. This differs from Trump's initial plan released last June that would have seen the Space Force operating on "separate but equal" footing with the Air Force.

Trump's pet NASA Administrator, Jim Bridenstine, has already thrown his support behind the plan. However the administration may not see the same enthusiasm from Congress, especially the Democrat-controlled House, which must approve the plan and grant funding before it can move forward.

How much funding will be needed is, unsurprisingly, not well established. Trump's Acting Secretary of Defense, Patrick Shanahan, initially quoted a price of less than $5 billion in order to establish the new branch. The Air Force, conversely, figures it will need at least $13 billion to get the USSF off the ground.

"There's a thousand now decisions that have to be made to be able to work through the intricate details of how we move forward in establishing the service within the Department of the Air Force," General David Goldfein, Air Force chief of staff, told reporters during a press conference at the Brookings Institute on Tuesday.

Despite the numerous hurdles that will need to be cleared before the Space Force actually comes into existence, the President remains confident in the program's ultimate success. "I'm very proud that during my administration we're doing so much in space. We need it," Trump said during the signing ceremony.

In this article: breaking news, politics, space, spaceforce, tomorrow, trump
All products recommended by Engadget are selected by our editorial team, independent of our parent company. Some of our stories include affiliate links. If you buy something through one of these links, we may earn an affiliate commission.
Share
Tweet
Share