Take group shots without having to back up 50 feet.

Following Huawei's lead with the Mate 20 Pro, Samsung has introduced a third piece of glass for its new Galaxy S10. The additional wide angle lens should make short work of landscapes and large group shots.

The third "ultra-wide" lens has a 123-degree field of view and its sensor supports 16-megapixels. It's the only camera on the phone that has the dual-pixels and dual aperture options. Meanwhile, the 77-degree and 45-degree cameras use 12-megapixel sensors and have optical image stabilization. That image stabilization is especially helpful when zooming in on a subject for a photo. No one wants to see a blurry picture of that cool dog dressed as a pirate that was walking on the other side of the street.

The three cameras work together to offer up would be mobile Ansel Adams the flexibility to shoot multiple types of pictures. From zooms (for costume-wearing pooches that are far away) to portraits, to ultra-wide landscapes and group shots. The phone can switch on the fly to the type of image users want to capture.

In addition to an additional piece of glass staring out at the wide (very wide) world, it's gotten some new imaging software that should help with at least making sure you're photos aren't crooked. A line across the screen shows you when you're taking a shot at an unwanted angle and helps guide you to shooting at a perfectly horizontal image. 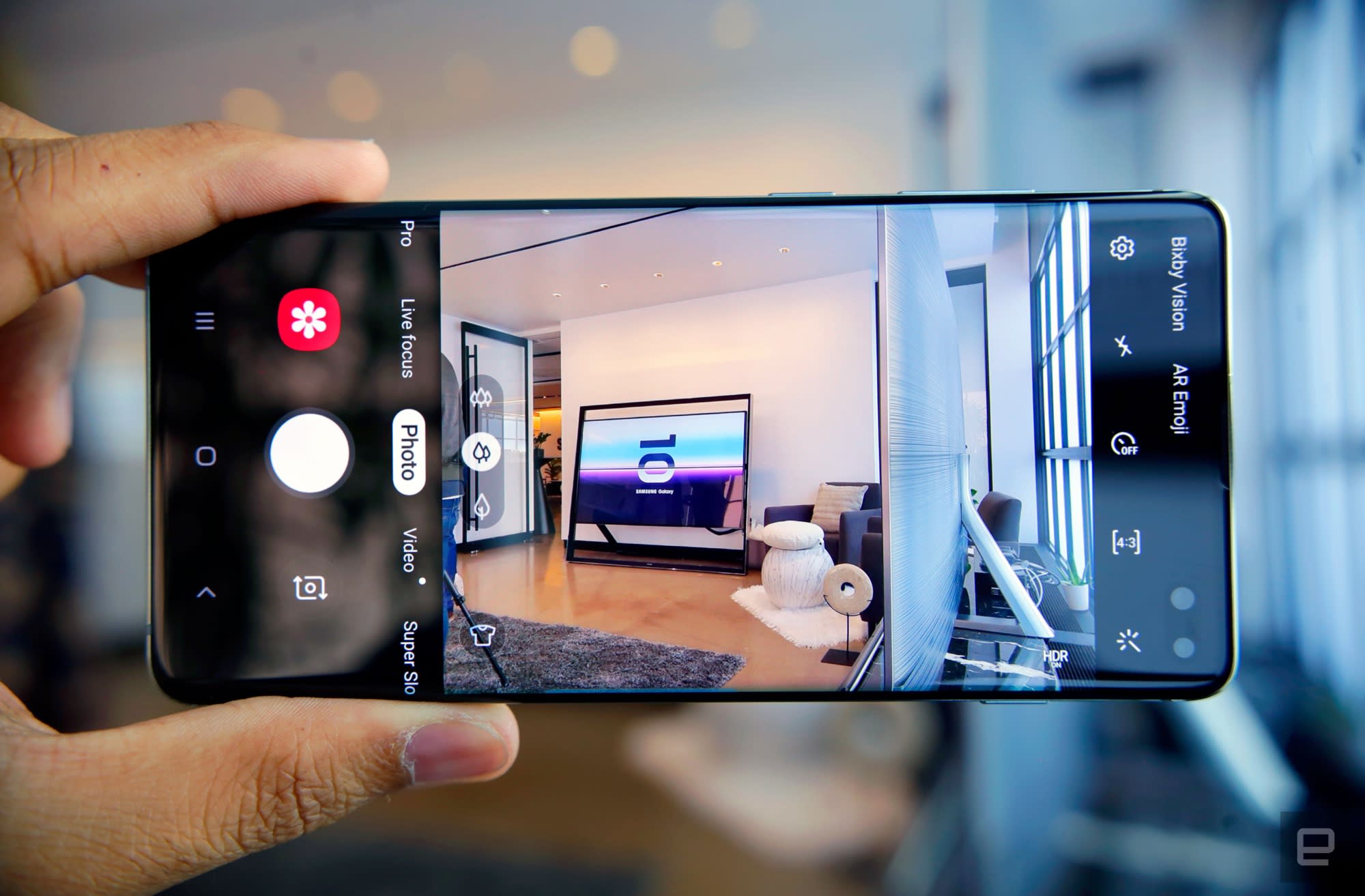 Samsung also introduced a camera "helper" called Shot Suggestion that uses two grey orbs to show users the optimal composition of a scene. Samsung says it uses AI and a neural processing unit to take "the best possible photo." The phone aligns the dots when it's determined that the current shot is the best one. Or you could just use your eyes and figure that out yourself.

In a first for Samsung, both the front and rear cameras shoot 4K video in HDR10+ so whether you're shooting a friend or yourself, your Instagram and TikTok videos are going to look crisp while also optimized for mixed lighting situations. 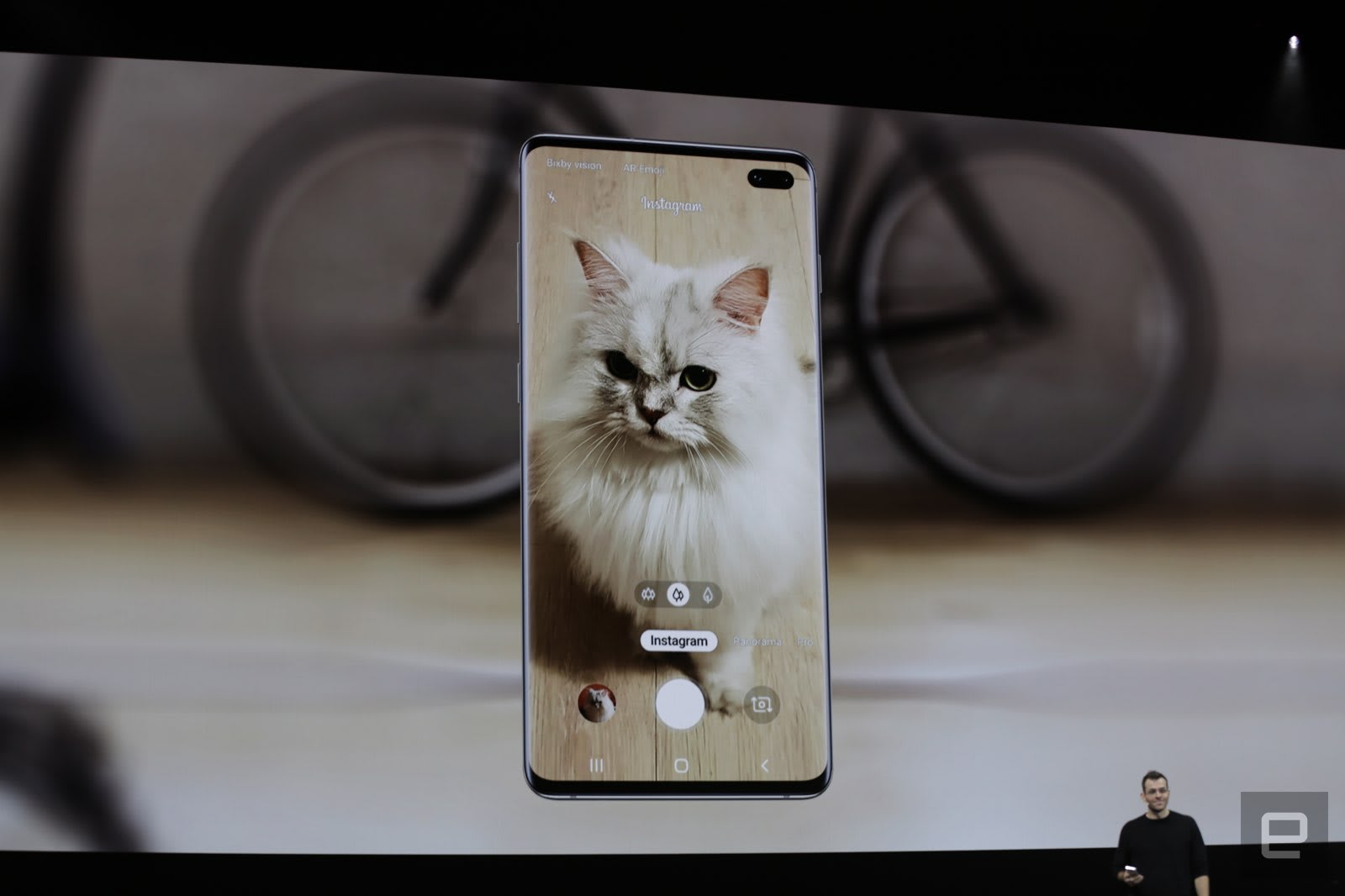 The Galaxy S10 camera is also shipping with an Instagram Mode. From the phone's native camera app users can access Instagram stories, tools and share their images to their timeline. All without launching the official Instagram app. Samsung says to expect more integration like this as it opens its camera SDK to third parties.

Of course next year, we'll probably see phones with four lenses. But that's fine, our Instagram feeds will be just that much nicer.