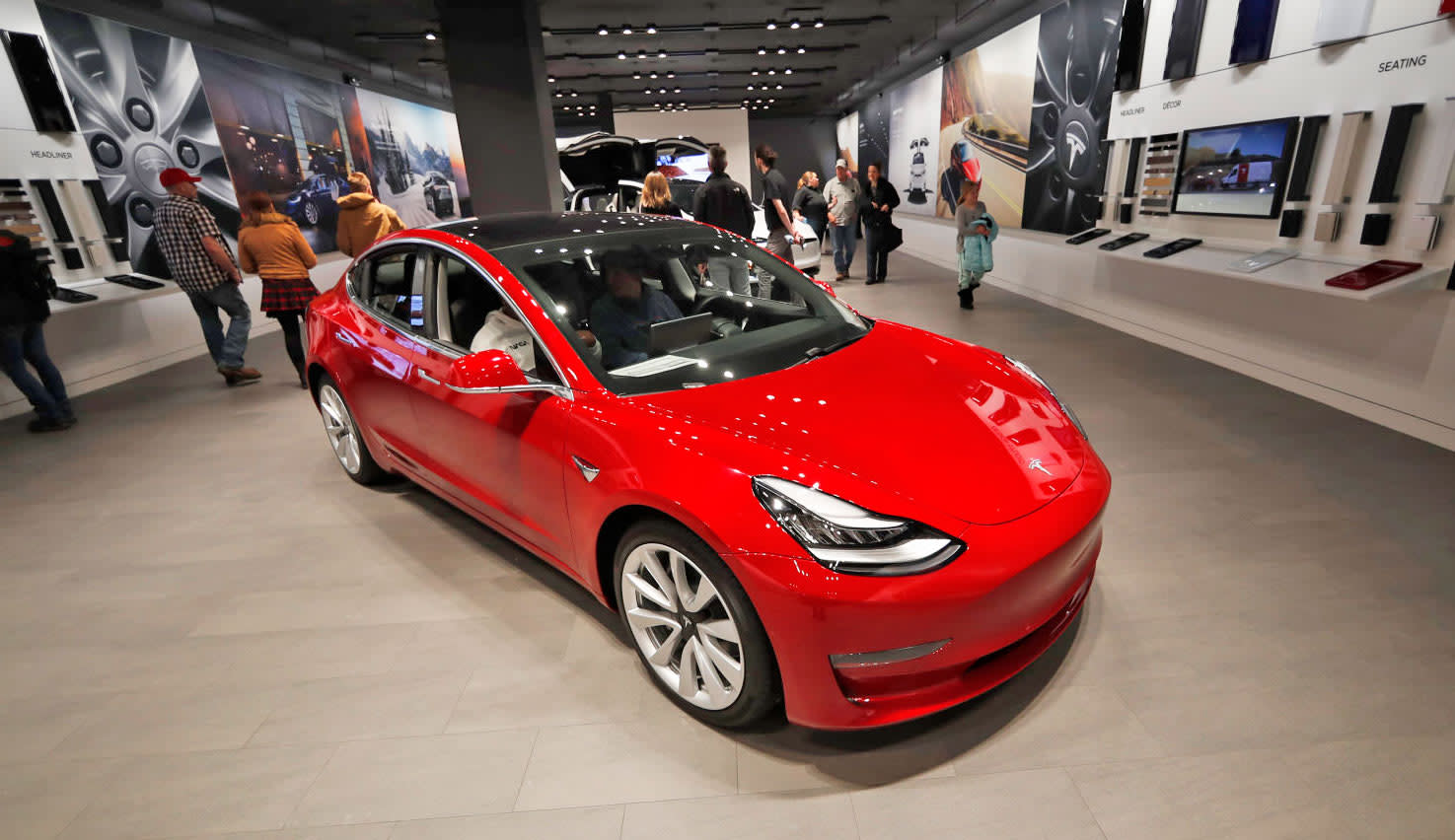 The long-simmering tussle between Tesla and Consumer Reports over car reviews took a fresh turn Thursday, after the publication said it could no longer recommend the Model 3. Tesla had finally claimed the distinction last May after it was able to reduce the car's braking distance. Previously, Consumer Reports declined to recommend the car due to that issue, along with "stiff" ride quality and a "distracting" touchscreen.

The Model 3 is one of six cars to lose the recommendation, along with the Chrysler 300, Dodge Charger, Acura RDX, BMW 5 Series and Volkswagen Tiguan. A dip in reliability caused each car's overall score to drop below the threshold for a recommendation. On the flip side, the BMW X3, Genesis G90 and Lincoln Nautilus (formerly the MKX) claimed recommendations after owners suggested reliability had improved.

Model 3 drivers cited glass defects and loose body trim as particular issues with their cars, while Chrysler 300 owners reported problems with the transmission and electronics. Those issues led to both Tesla and Chrysler plummeting 11 places in the Consumer Reports car brand rankings.

The publication gets its reliability data in part from a survey it sends to members every spring -- it considered responses from the owners of about 500,000 vehicles. While Consumer Reports released the results of last year's survey in October, at which time the Model S lost its recommendation, it received additional responses from members over the summer. It used that information to update reliability scores for its upcoming auto issue.

On the other hand, using data from the same survey, the publication said last month the Model 3 had the highest driver satisfaction ratings of any car, while the Model S took the fifth spot in the rankings. Out of a score of 100, owners gave the former 99 for the driving experience, 84 for comfort and 67 for value, while 92 percent said they'd buy a Model 3 again.

"We have already made significant improvements to correct any issues that Model 3 customers may have experienced that are referenced in this report," a Tesla spokesperson told Engadget in a statement. "This new data from Consumer Reports comes from their annual Owner Satisfaction survey, which runs from July through September, so the vast majority of these issues have already been corrected through design and manufacturing improvements, and we are already seeing a significant improvement in our field data." Tesla asked for more information on the issues Model 3 drivers reported so it could look into them and take action, though it says the publication couldn't provide specific details.

Similarly, Fiat Chrysler Automobiles says it has identified and fixed the problems owners cited in their survey responses. "With the improvements we've made, we're confident 300 and [Dodge] Charger will both regain their recommended status in the future," an FCA spokesperson told Engadget.

In this article: acura rdx, bmw x3, chrysler 300, consumer reports, dodge charger, gear, genesis g90, lincoln mkx, lincoln nautilus, model 3, model s, reliability, satisfaction, tesla, tesla model 3, tesla model s, transportation, volkswagen tiguan
All products recommended by Engadget are selected by our editorial team, independent of our parent company. Some of our stories include affiliate links. If you buy something through one of these links, we may earn an affiliate commission.