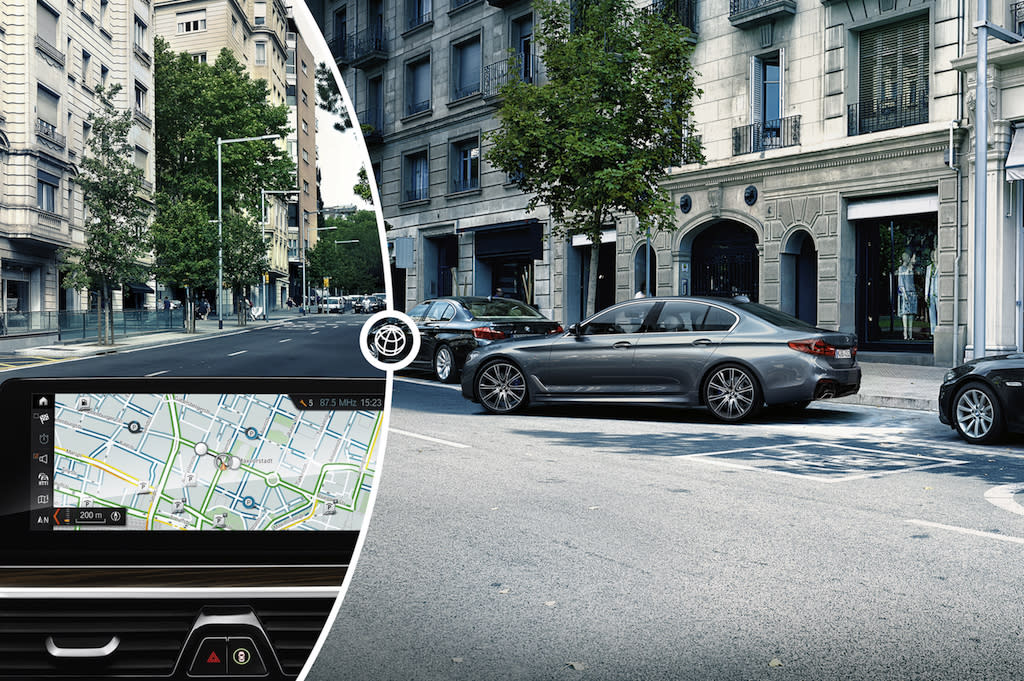 Transportation analytic company Inrix announced this week that its On-Street Parking service will be incorporated into the BMW 5 Series sedan. The service provides real-time information on the likelihood of parking availability based on historical and up-to-the-minute data.

In a recent survey conducted by Inrix, 72 percent of respondents said that parking availability information is the feature they want the most. "Real-time parking is the most sought-after navigation feature because it addresses a pain point that affects everyone," said Inrix VP Joe Berry in a statement. The BMW sedans will also get Inrix's traffic service that gives real-time traffic flow, travel time and accident information.

When it comes to finding parking, there are a few apps that have tried to remedy the problem. Ford has an app that lets you find garage parking, MonkeyParking started out by letting people pay other drivers for public parking spots that they're getting ready to vacate but has since switched gears to private parking spots and one of the more well-known apps, ParkMe, was acquired by Inrix in 2015. Google Maps has also been working on a feature that will tell users how difficult parking is likely to be at their destination.

In this article: bmw, ford, gear, GoogleMaps, inrix, monkeyparking, parking, parkme, services, transportation
All products recommended by Engadget are selected by our editorial team, independent of our parent company. Some of our stories include affiliate links. If you buy something through one of these links, we may earn an affiliate commission.