But charging speeds help its rivals level the playing field.

Tesla has had no end of production troubles in recent times. Even the roll-out of the Model 3 in Europe was marred by logistical issues. But there's a reason its EVs are still so widely-lauded despite these challenges: they're efficient. And that efficiency in comparison to Tesla's competitors has now been confirmed in a test conducted by German electric car rental company nextmove.

The experiment saw three premium EVs -- a pre-release Audi e-tron, a Tesla Model X 90D and a Jaguar I-Pace -- pitted against one another over an 87km stretch of German Autobahn, at an average speed of 120km/h (75mph). The vehicles were tested for consumption, range and cost per 100km, and the Model X came out on top every time. 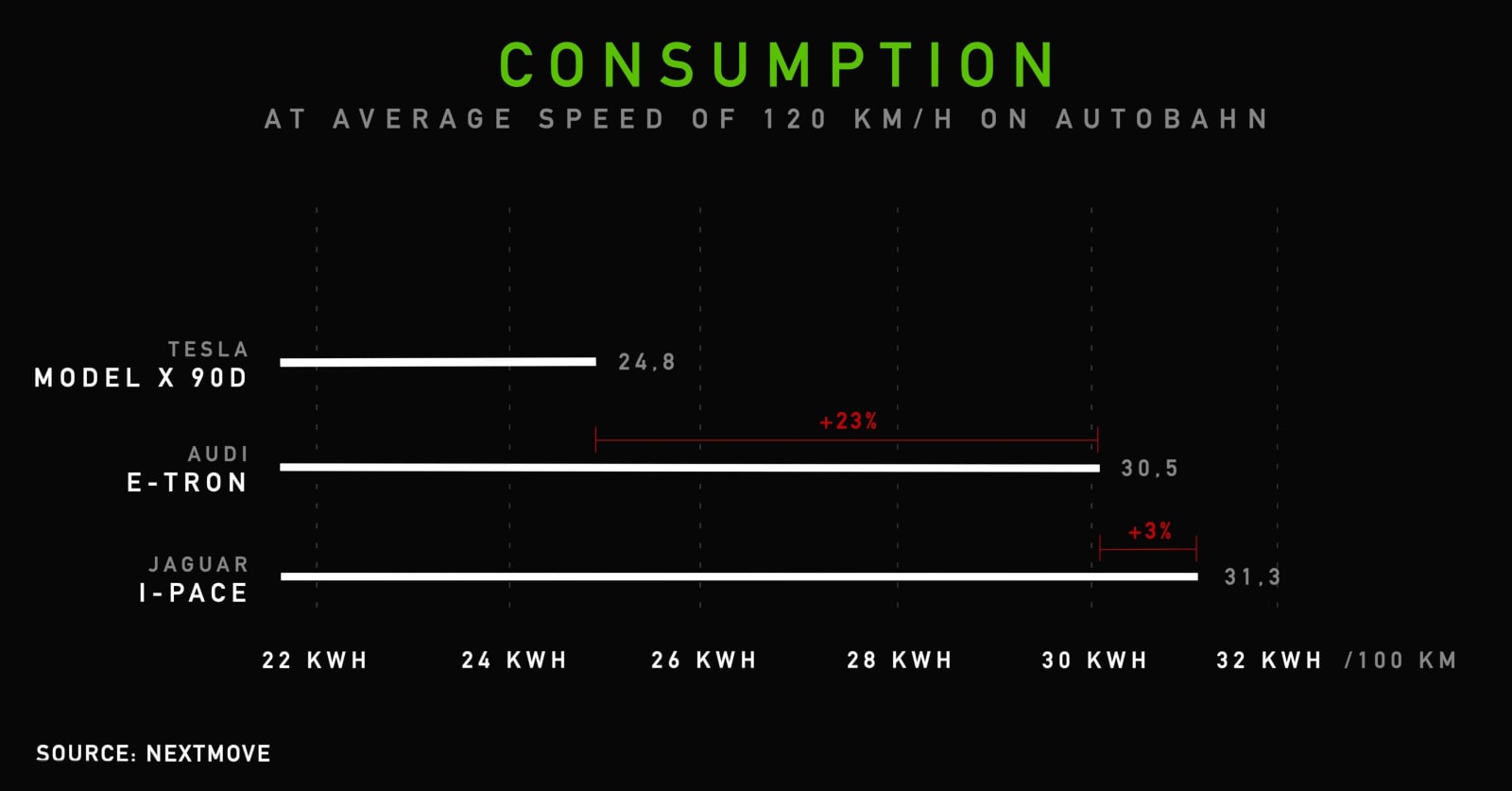 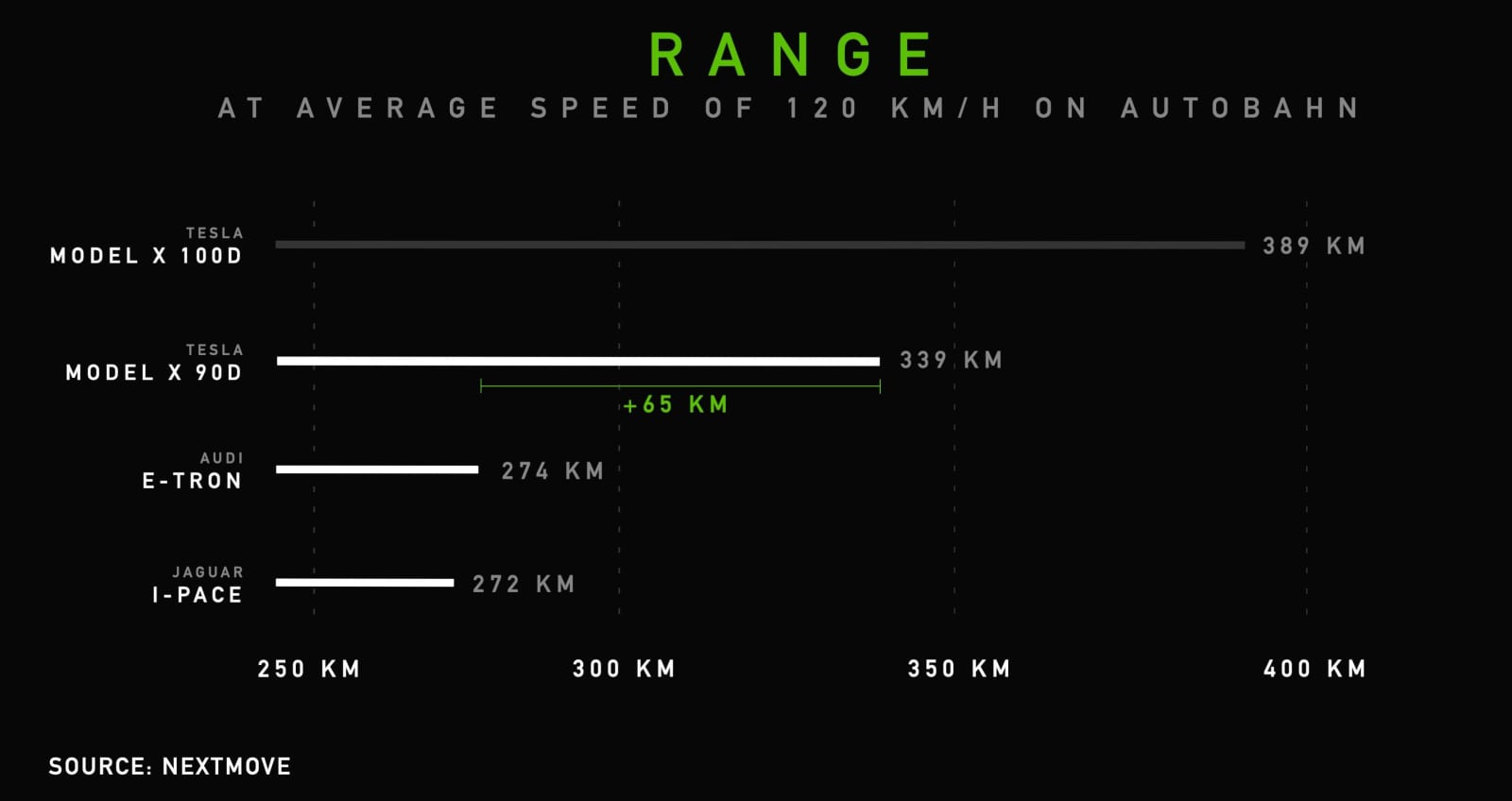 The results showed that the Audi and Jaguar models consumed a quarter more energy than Tesla's, have less than half the range and cost around a quarter more to charge per 100km. Nextmove said it used the Model X P90D because of its comparative battery size, even though it isn't on sale any more. It also listed the newer 100D model to provide more perspective.

In Audi's case, what it lacks in these metrics it makes up for in charging speed -- it achieves an impressive charge rate of over 150kW (at supported fast-charging locations). So if you're regularly doing longer journeys, the fast recharge time helps to even the playing field a little and gives Audi an edge when consumers might not have Model X P90D money to spend on an EV.