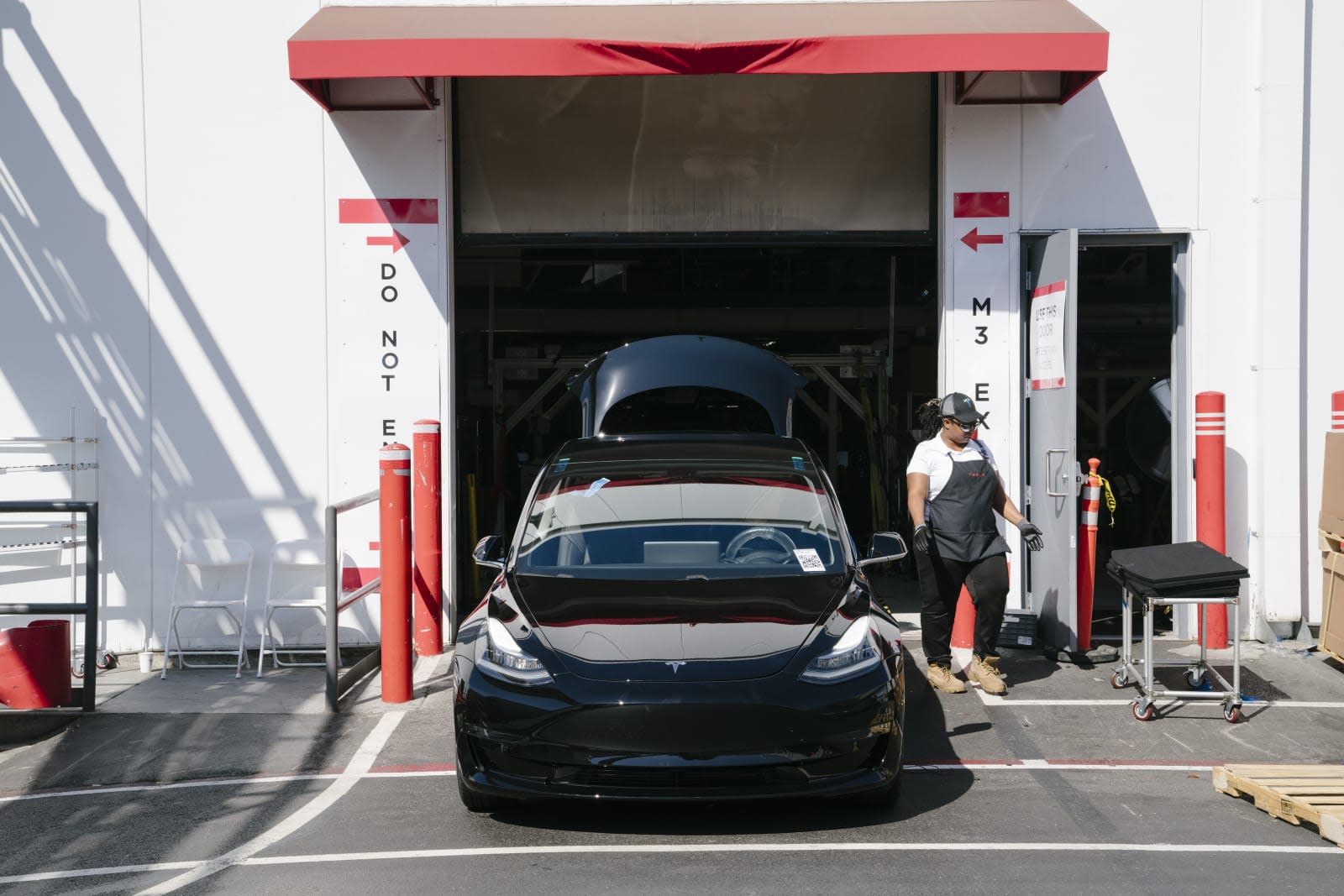 When Tesla made over 5,000 Model 3s per week at the end of June, it had lofty ambitions for its future -- it was going to press for 6,000 per week by the end of August. So how'd it do? Not so well, if Electrek is accurate. Its source claims that Tesla made 4,300 Model 3 units in the last week of August, and that there hasn't been a week since June where the company produced more than 5,000 of the new machines. The automaker is reportedly still on track to hit its overall EV production goal for the quarter ending in September, but it might not be shouting its Model 3 numbers from the rooftops.

We've asked Tesla for comment, although it typically keeps quiet on production figures until the end of a given quarter.

There was always a question of whether or not Tesla's 5,000-per-week rate would be sustainable in the near term -- the late June milestone was considered a burst. If this leak is on the mark, though, it suggests that it could be a while before Tesla can reliably pump out as many Model 3s as it would like. That could affect its bottom line as it strives to turn a profit, and it could also affect delivery times if you're still waiting on a pre-order for one of the more affordable Model 3 trim levels.