A look back at Samsung's Galaxy S lineup

Earlier this week, Samsung officially announced the Galaxy S10 (and S10+), the company's latest and greatest Android flagship. Somewhat obviously, the S10 is also the tenth-generation Galaxy S, which means it's been ten years since the very first Galaxy handset. Considering this momentous occasion, we thought we'd take a look back at the history of the Galaxy S line and see just how far Samsung has come in the past decade. 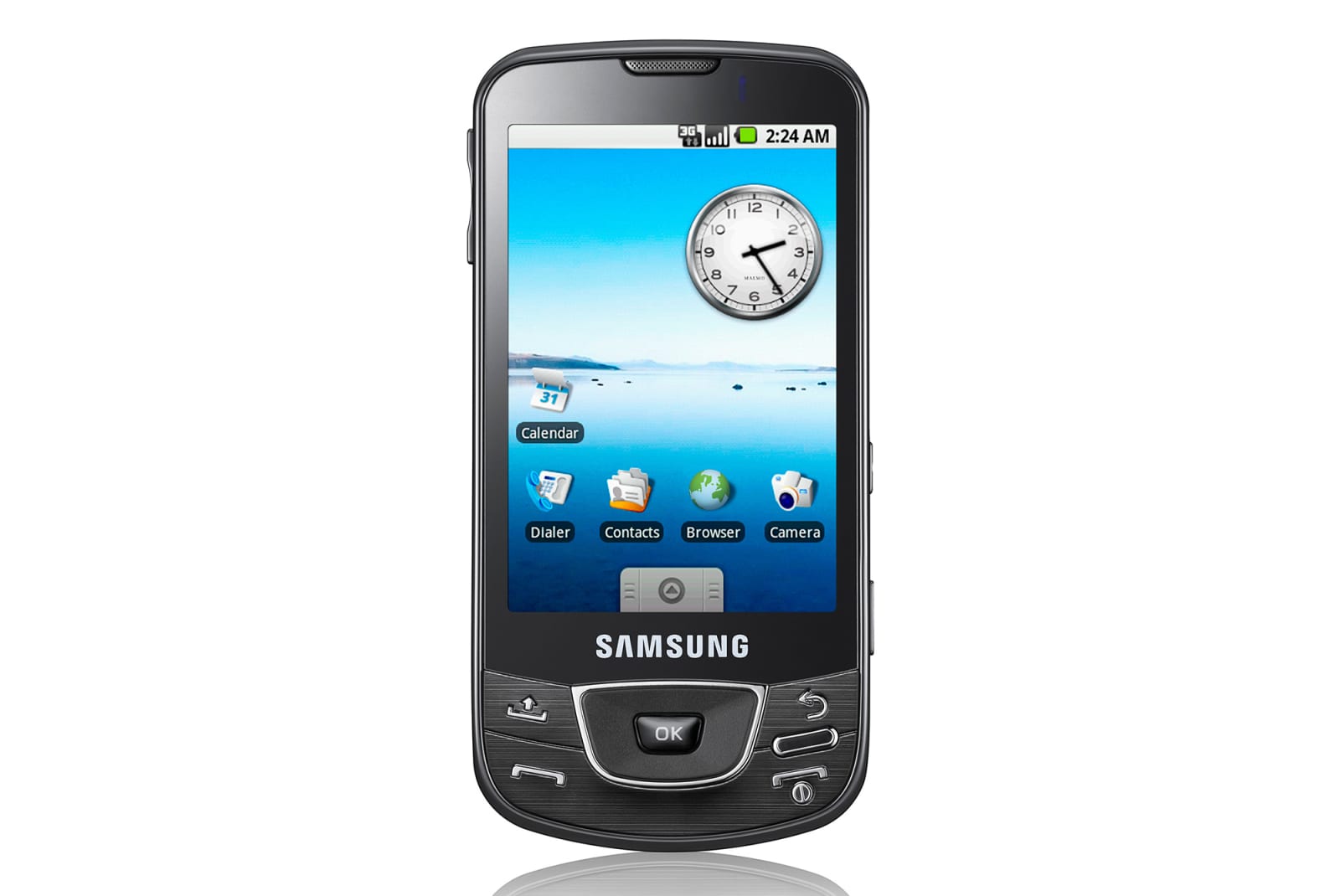 Before we dive into the Galaxy S series, we need to mention the Samsung Galaxy i7500, the company's first-ever Android phone (It shipped with Android 1.5 Cupcake). It debuted ten years ago in 2009, and at that point, the only other company making Android handsets was HTC, so it didn't really have a lot of competition. Though it had a 3.2-inch AMOLED display with a 320 by 480 resolution, 8GB of storage and a 5-megapixel camera (decent specs for its time), it had a pretty dull and uninspiring design. Just like a lot of other phones then, it even had physical navigation buttons, complete with Start Call and End Call keys. Oh, how times have changed. 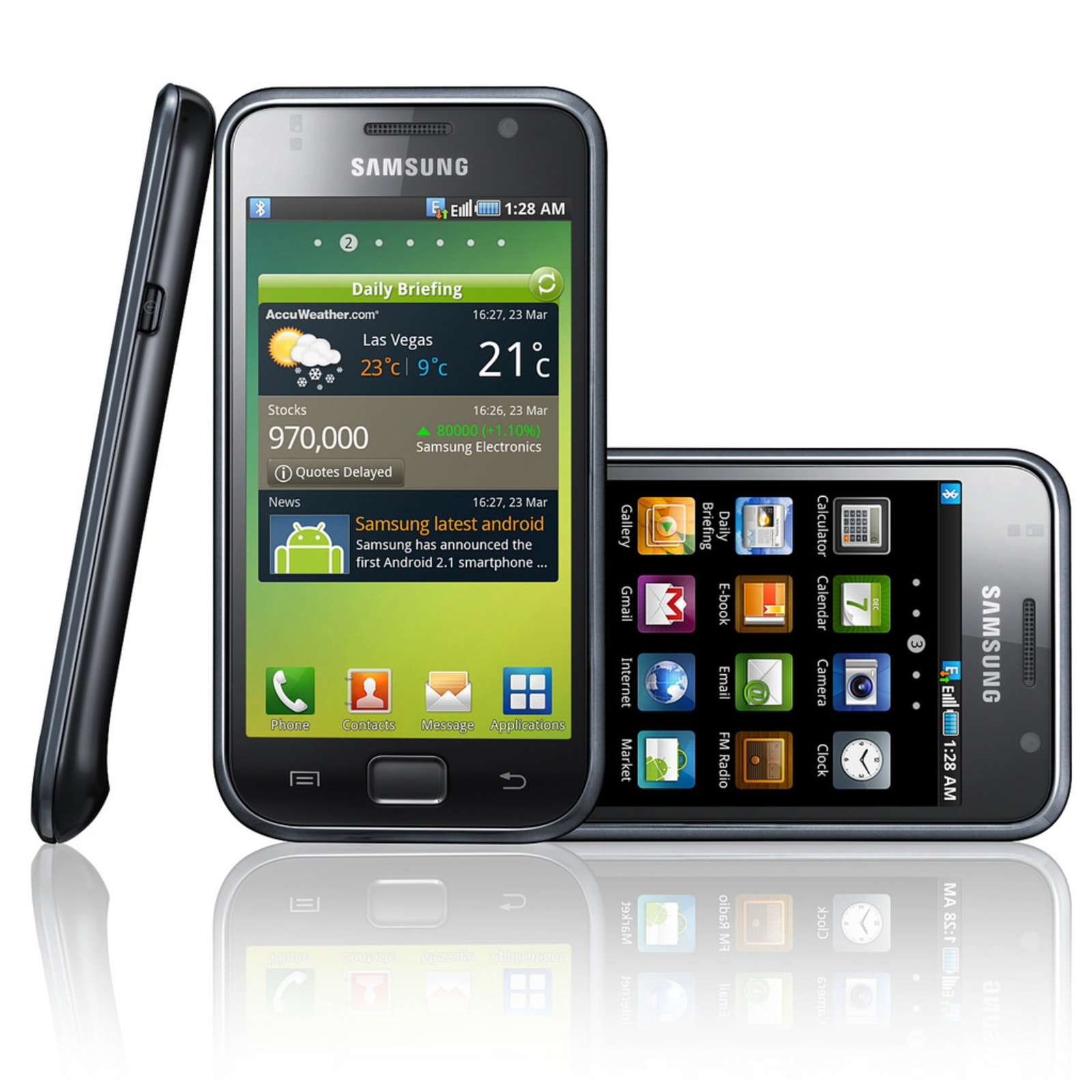 The Samsung Galaxy S, introduced in 2010, was a lot more appealing. Gone was that array of physical keys; now it had just a single home button, along with a touch-sensitive menu button on the left and a back button on the right. It's a design motif that it (and a lot of other Android phones) would return to, time and time again. The Galaxy S had a 4-inch Super AMOLED screen and a 480 by 800 resolution that plenty of people found pretty impressive. Oh, and this was also the first Android phone to ship with TouchWiz, Samsung's proprietary UI. It helped Samsung stand out from the rest of the Android market, but TouchWiz also added a lot of unnecessary bloat, which sometimes made the phone sluggish. 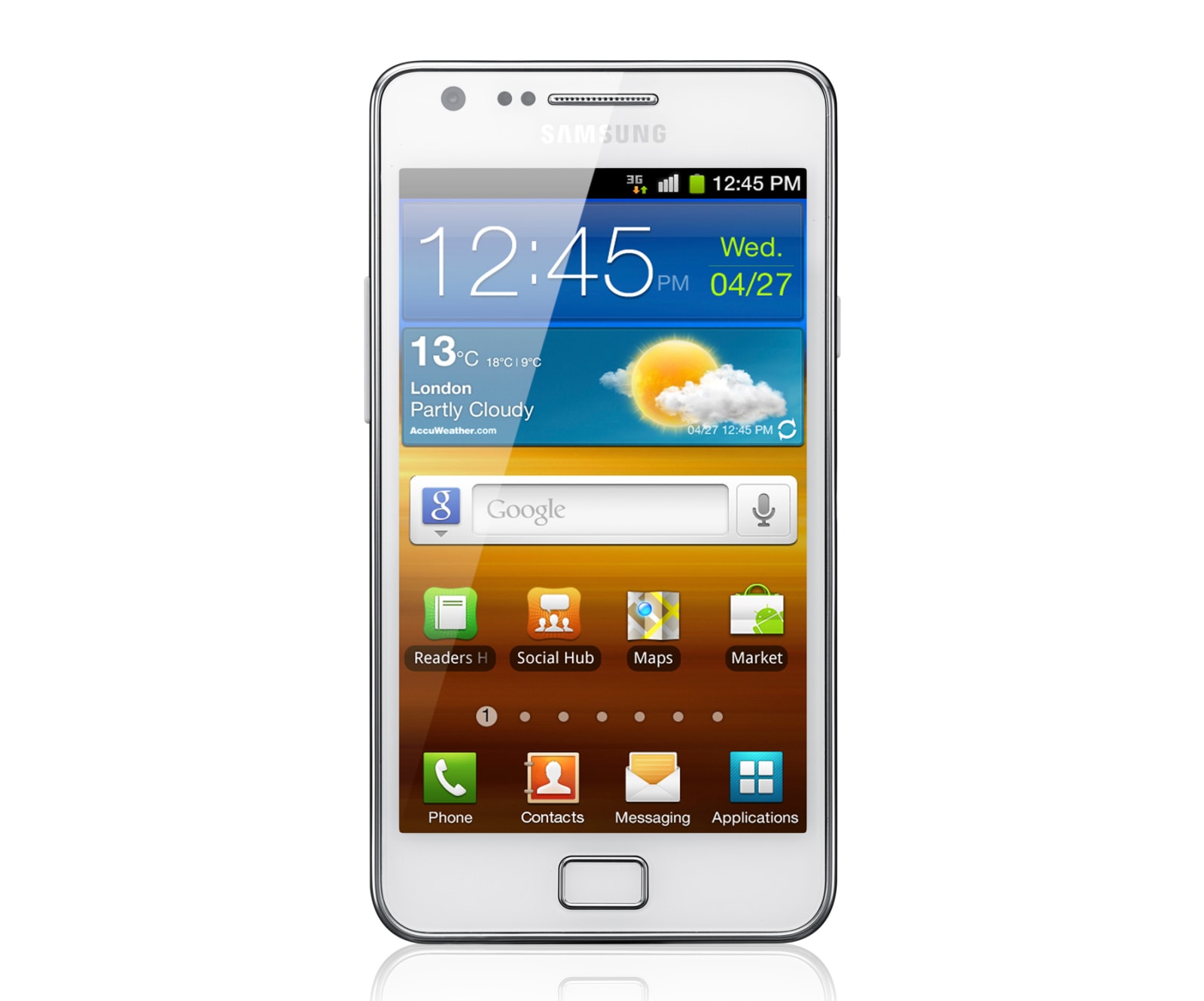 Buoyed by the success of the Galaxy S, Samsung introduced the Galaxy S II (Also known as the S2) in 2011. The S II was thinner, lighter and faster than its predecessor, came in 16GB and 32GB varieties and had an improved display to boot. The 4.3-inch Super AMOLED Plus was quite a stunner, and our review even described it as "nothing short of spectacular." It also had an upgraded 8-megapixel camera on the back (now with flash!), a 2-megapixel shooter on the front plus a dual-core 1.2GHz processor. It still had that TouchWiz interface, but people must not have minded that much, because it went on to sell millions and millions of units, putting the Galaxy brand on the proverbial map. 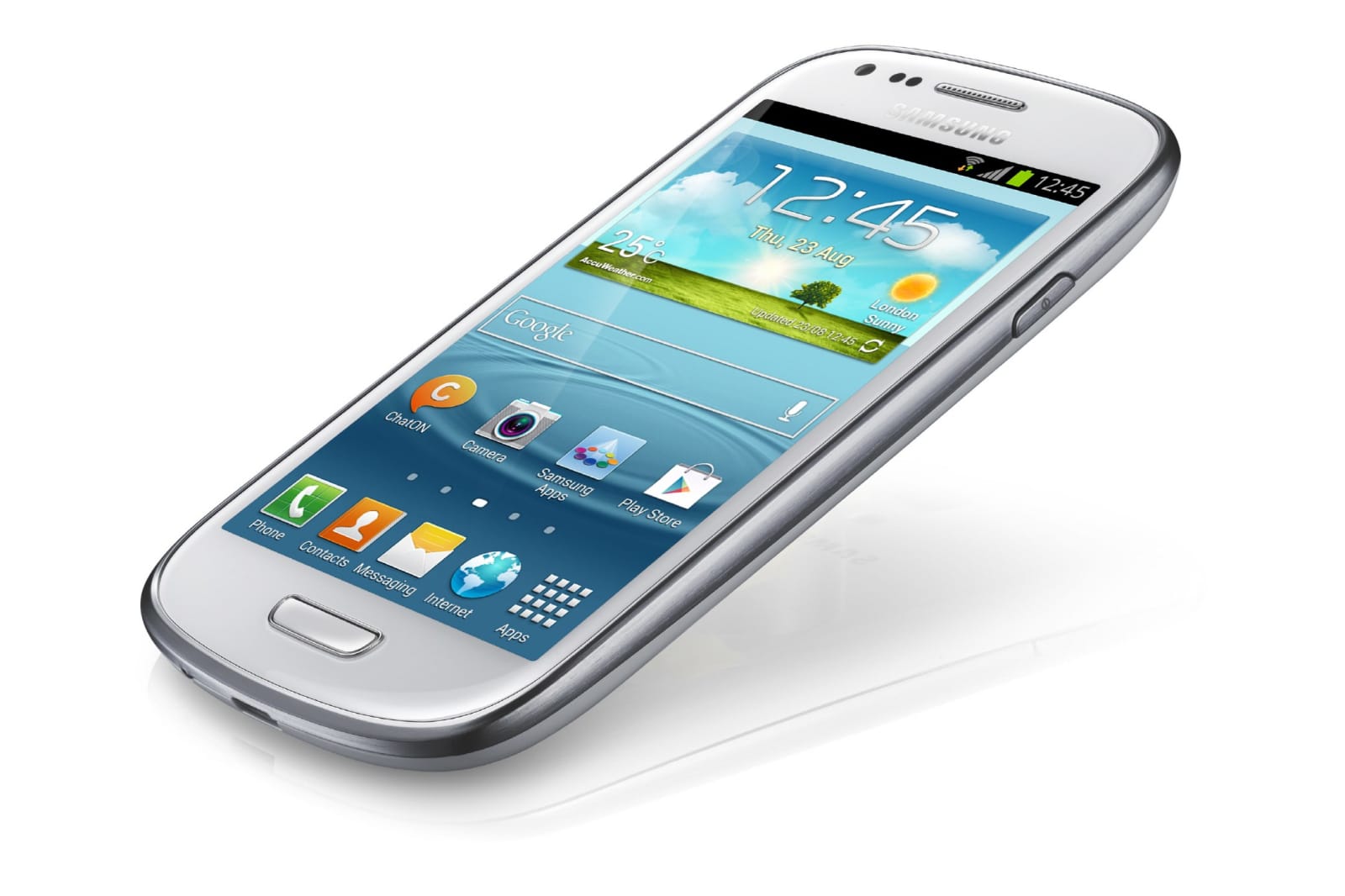 Samsung kept up the Roman numeral trend with S III, and it also maintained much of the design elements of its predecessor. The S III had rounder corners and a bigger and better 4.8-inch Super AMOLED screen, but a lot of the other styling remained the same. It even retained the same 8-megapixel on the back, choosing to ramp up the photo quality through software rather than hardware. It was available in 16GB, 32GB and 64GB varieties, and sported a super-speedy (for the time) quad-core 1.4GHz Exynos 4412 CPU. Our review for the S III praised its "big and beautiful" display but did call out TouchWiz for feeling tired and also dissed the design for being a little too samey. 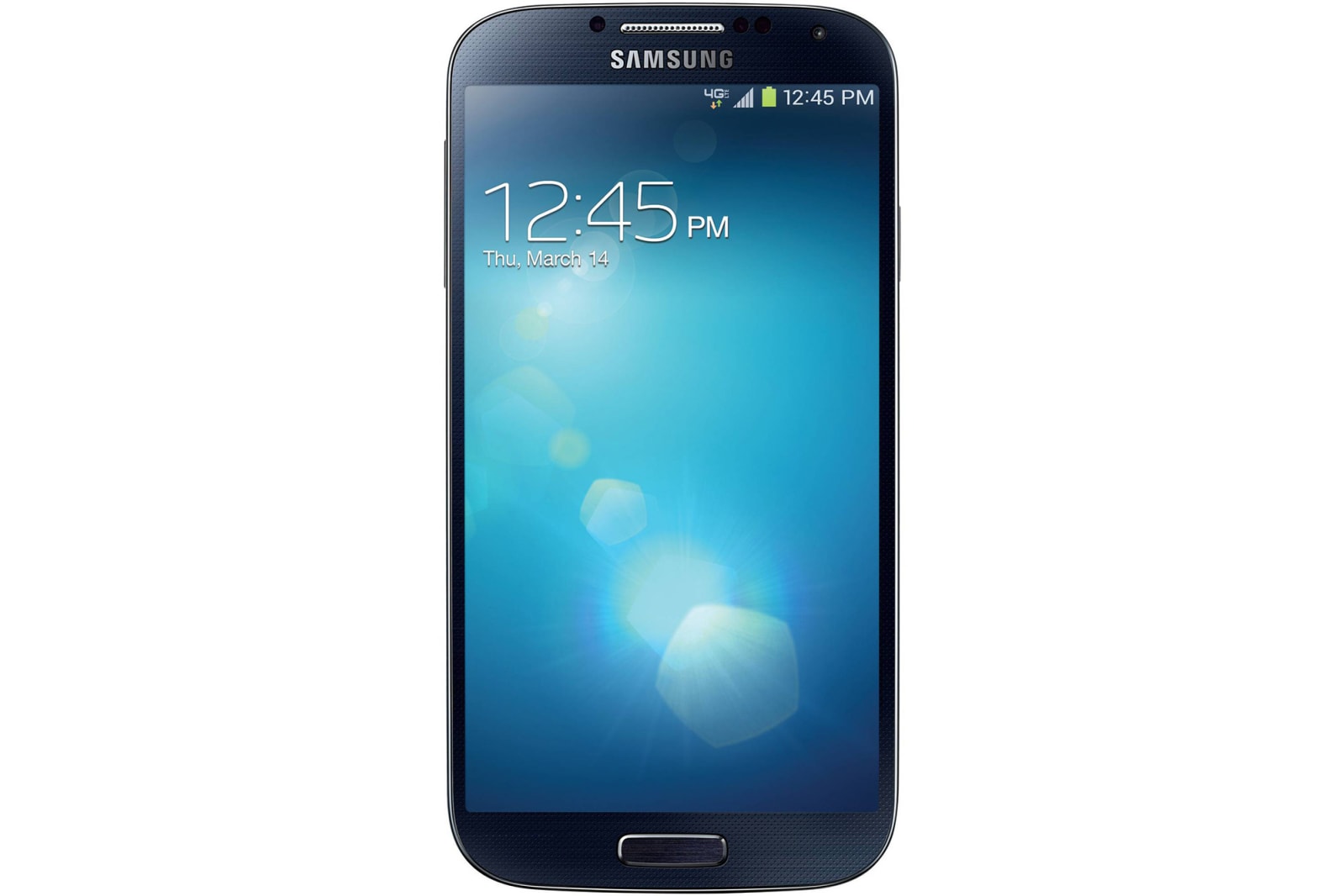 In 2013, Samsung finally decided to drop the Roman numeral convention (which nobody really used anyway) with the Galaxy S4. At this point, Samsung was flying high as one of the top-selling smartphone brands in the world, so it's not much of a surprise that it didn't really take a lot of chances with the design and style. The S4 did have a larger 5-inch Super AMOLED display and a more impressive 13-megapixel camera, but it was otherwise pretty similar to the S III. 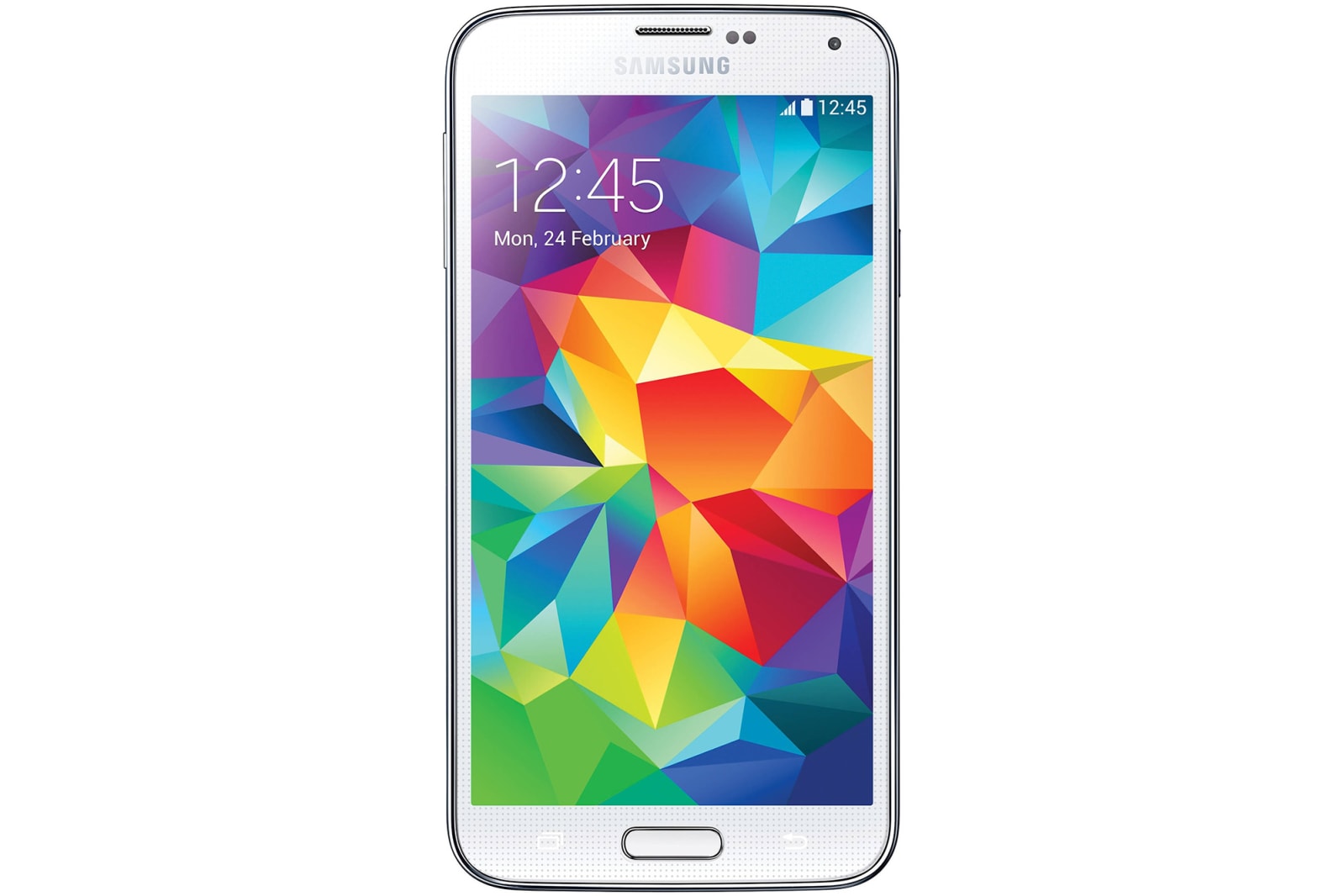 The Galaxy S5 was arguably one of Samsung's least successful handsets. With a look that was very similar to its predecessor, perhaps its stale design was to blame for the drop in sales. More than that, it probably reflected a global drop in smartphone sales in general. That doesn't mean the S5 wasn't a good phone; aside from the usual display and spec upgrades, it was also IP67-rated for water resistance and we liked its grippier design. Yet, it wasn't great either. In our review, we found certain features like the fingerprint scanner and heart rate monitor to be frustrating and inaccurate. 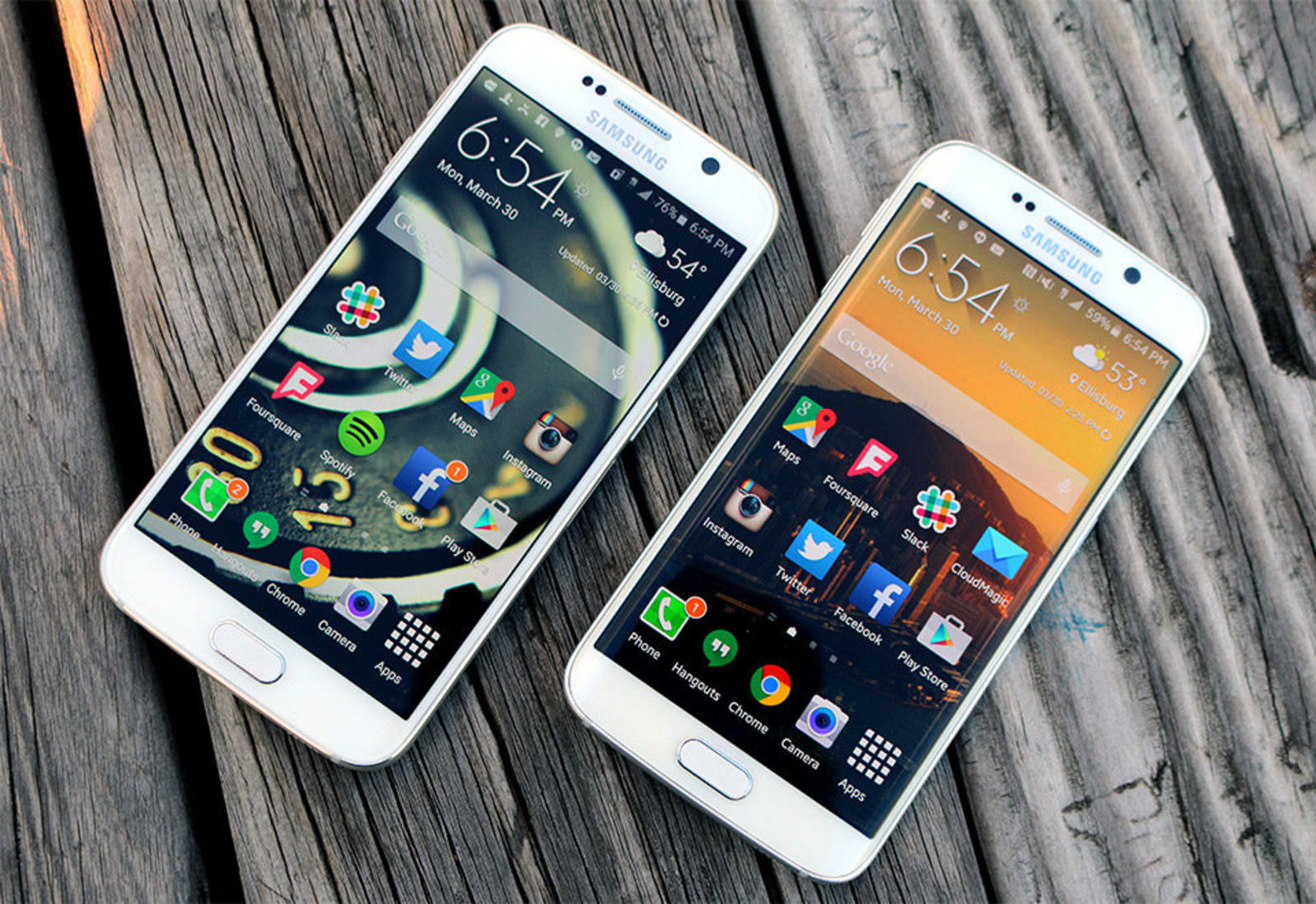 Perhaps learning from the lukewarm reaction to the S5, Samsung decided to shake things up in 2015. The company came out with not one, but two different flagships: a "normal" flat-screened S6, and the much more intriguing S6 edge with its wraparound screen. They each had stunning Super AMOLED QHD displays plus a 16-megapixel rear camera. Unfortunately, the S6 and S6 edge also did away with the microSD card slot and a removable battery. Still, our review was very complimentary of both handsets, calling them "sturdy and stylish" with an "impeccable camera experience." Sure, we also pointed out that the S6 looked remarkably similar to the iPhone at the time, but that clearly didn't hurt the device's popularity. 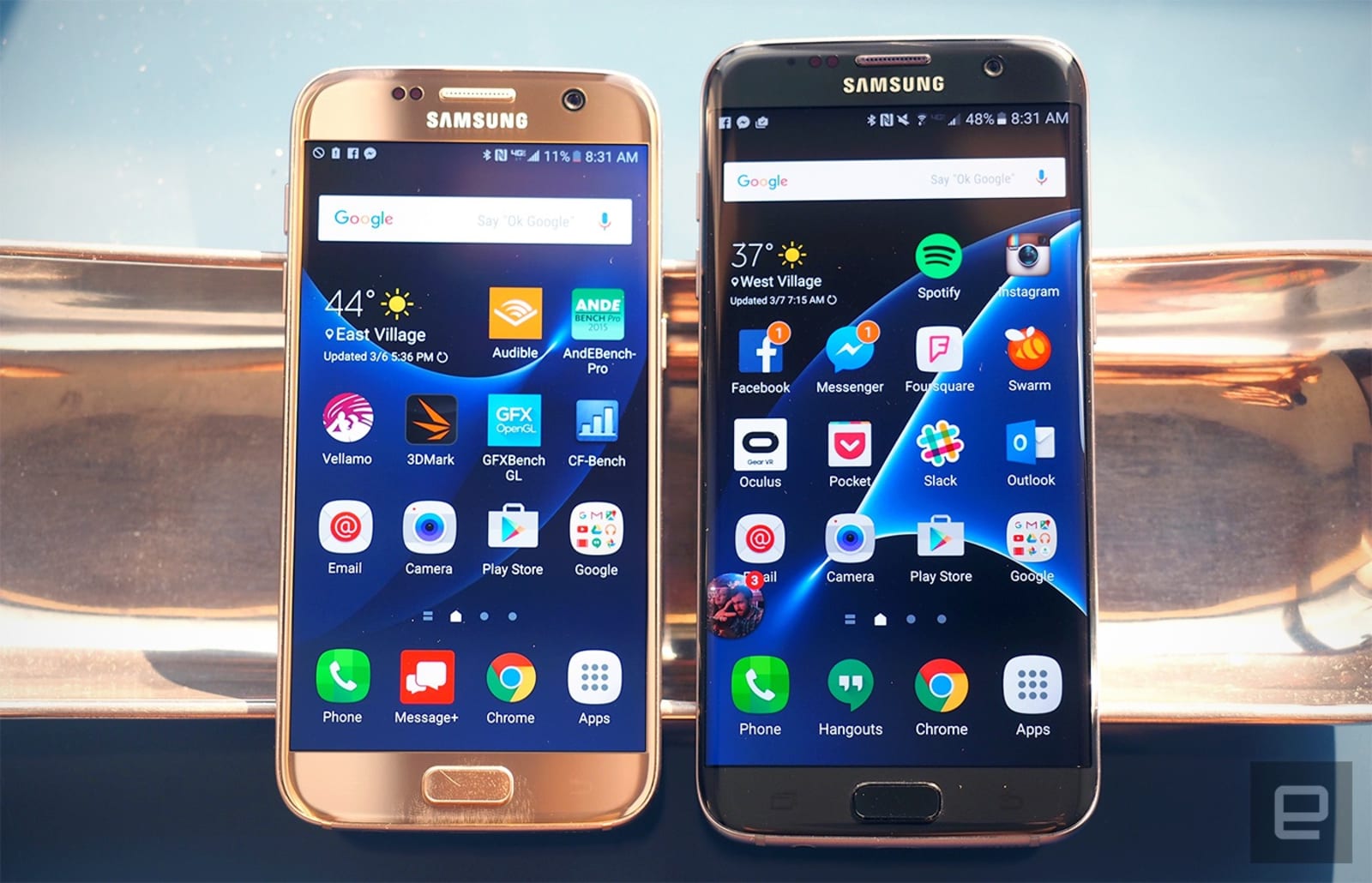 Since the S6 and S6 edge proved to be such a hit, Samsung stuck to the formula in 2016 with the S7 and S7 edge. They weren't really all that different from their predecessors, and proved mostly to be refinements rather than a full refresh. Still, that's not necessarily a bad thing. The S7 had a lovely 5.1-inch Super AMOLED screen while the S7 edge's wraparound display measured 5.5 inches. Though the phones came in both 32GB and 64GB iterations, the S7 series also finally saw the return of microSD card slots. In our review, we said the S7 wasn't a dramatic departure from its predecessor, but it was certainly more refined, while the S7 edge was "what Samsung's Edge family should have been from the beginning." 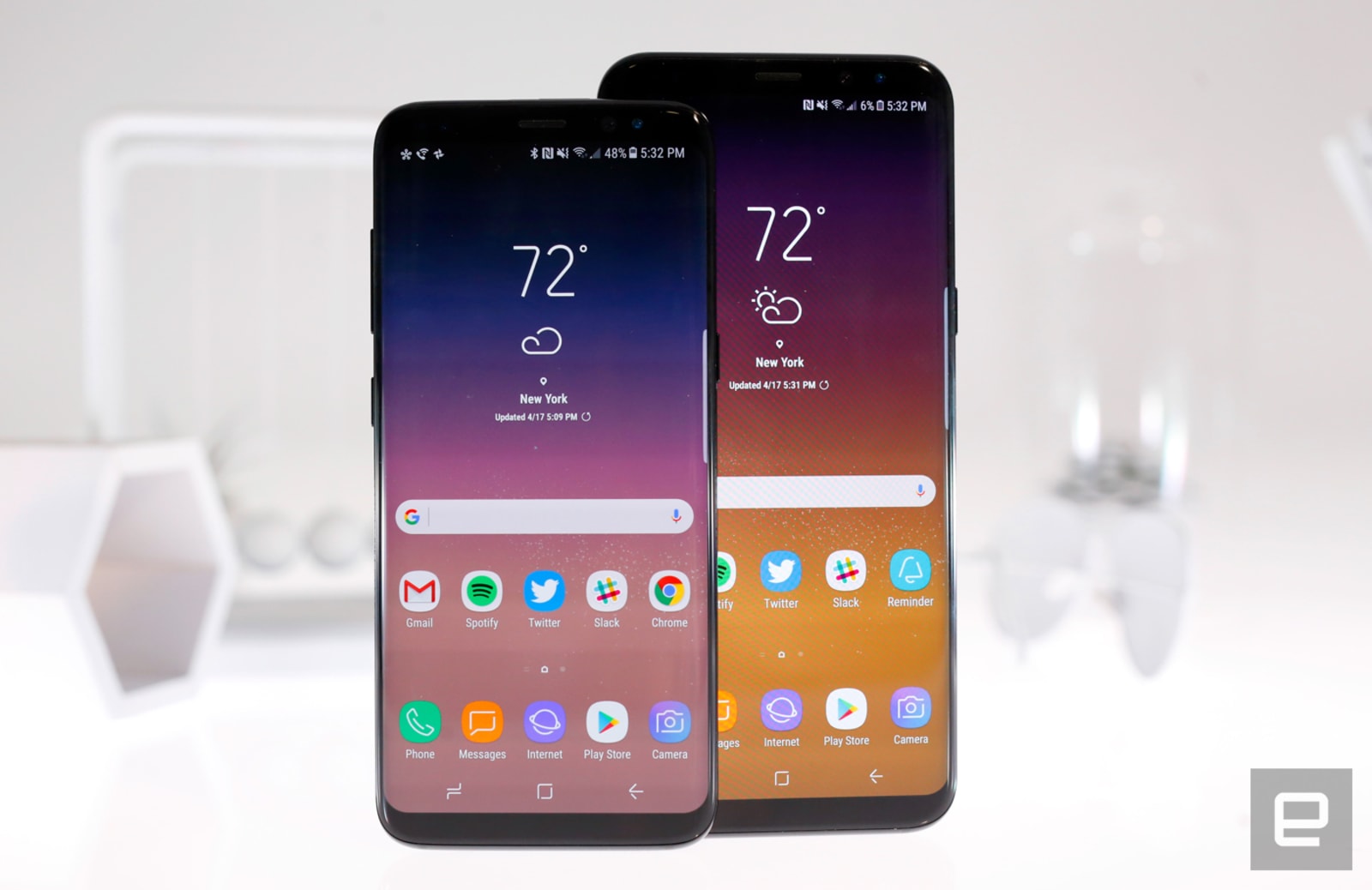 The Galaxy S8 and S8+ arrived just a few months after the Note 7's exploding-battery debacle, so it was vital that these handsets could earn back the public's trust. Thankfully, Samsung delivered. Both handsets had a dramatically different design philosophy, with luscious and curved "Infinity Displays" that went from edge to edge. That meant you're getting a lot more screen for the size; which went for both the 5.8-inch S8 and the 6.2-inch S8+. Sure, the Bixby smart assistant was a bit of a dud, but the S8's screen and design were enough to make the phone one of the top handsets of 2017. 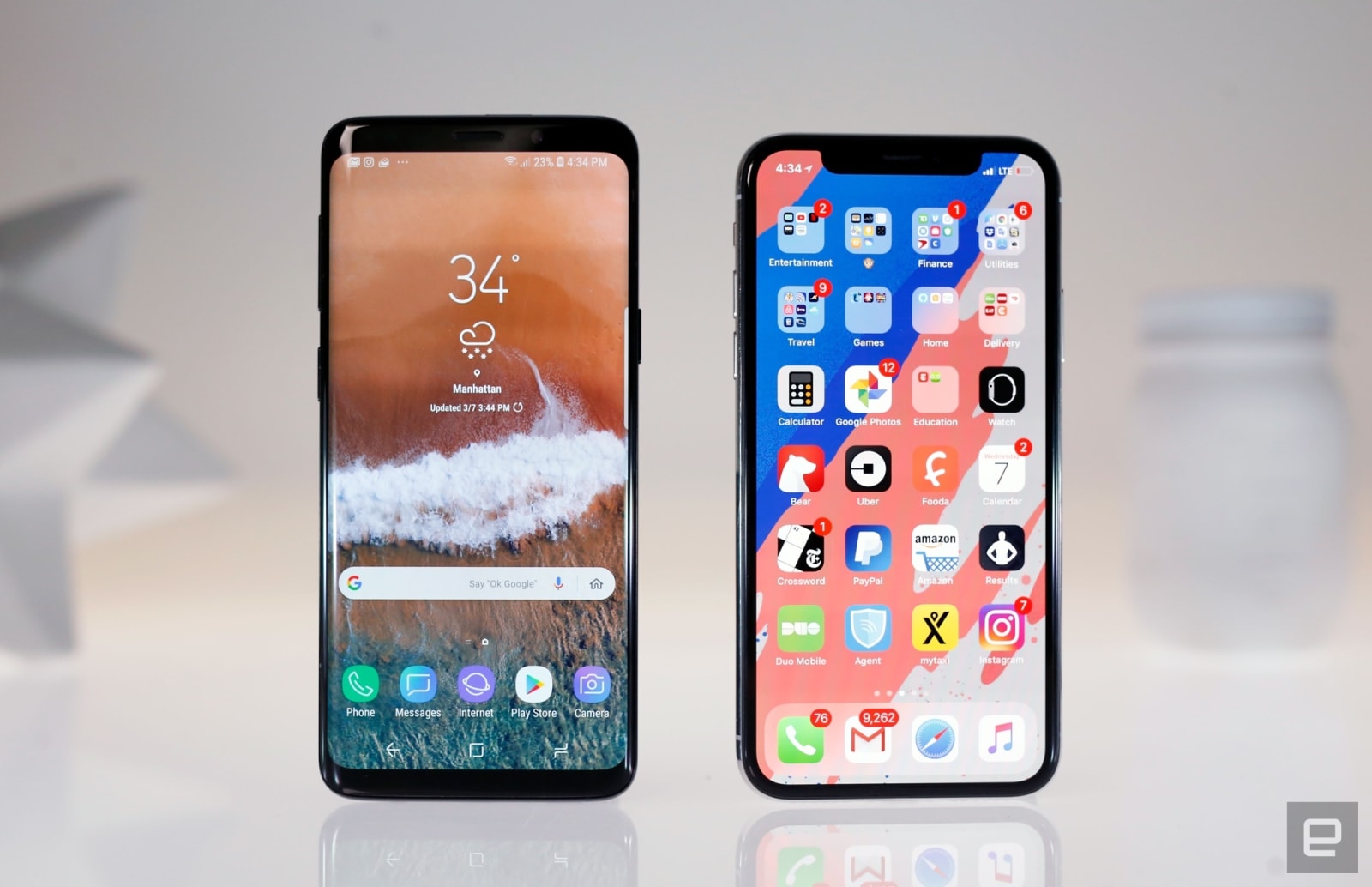 Samsung mostly stuck to the script with the Galaxy S9 and S9+. They were very similar to their S8 predecessors, with only minor improvements. The camera, for example, had a "Dual Aperture" mode that could switch between two different aperture sizes, which allowed for better low-light shots. The S9+ had a second camera for 2x optical zoom. The phones also marked the arrival of Samsung's AR Emojis, which were apparently a response to Apple's Animojis. They were cute but also a little creepy; definitely not a big selling factor. In the end, we liked the S9 series, but didn't think it was a "major improvement over the last generation." 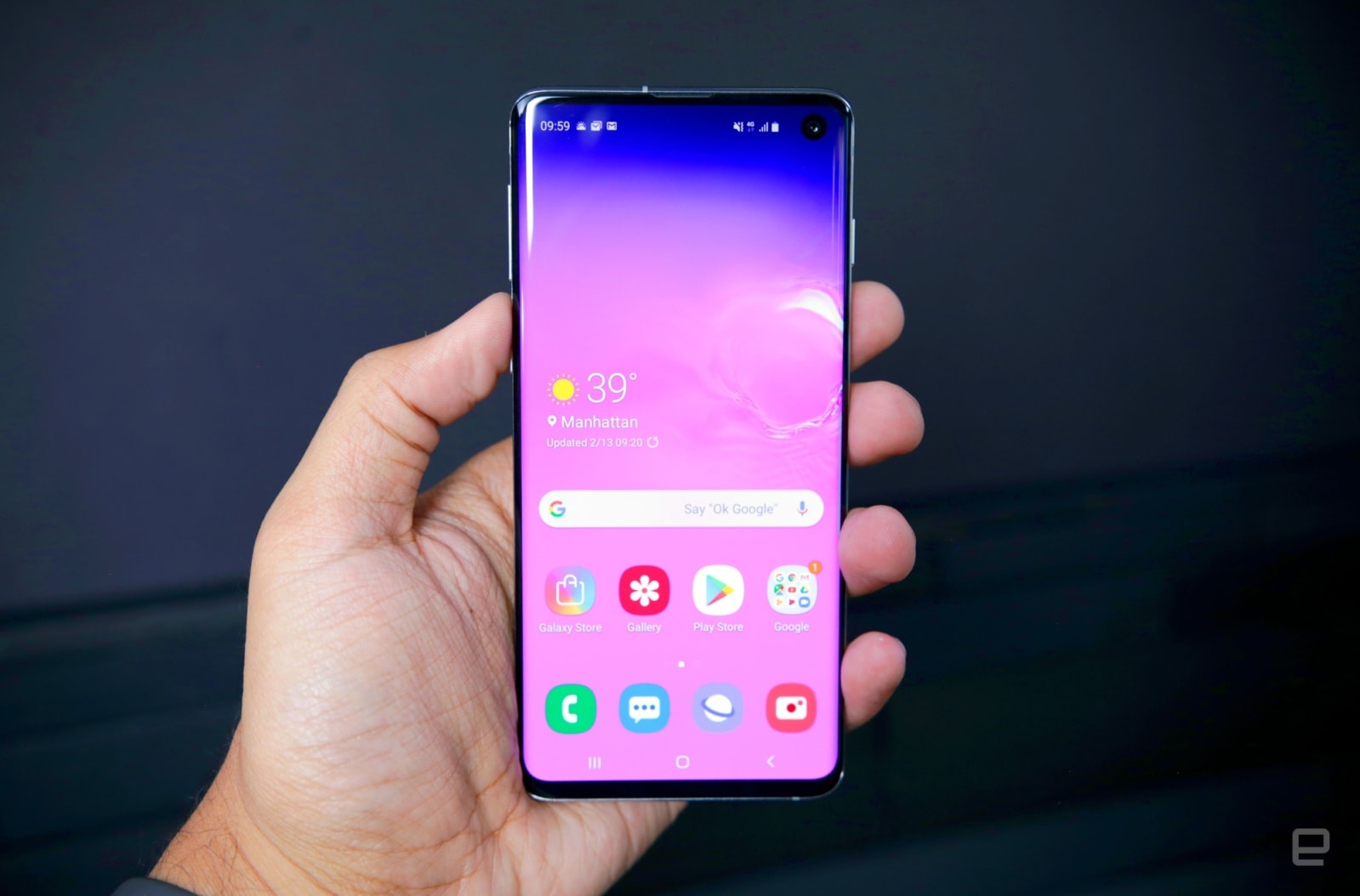 At long last, we arrive at the Galaxy S10 and S10+. The screens are larger, there's an on-screen fingerprint reader and they even have not one, not two, but three camera lenses on the back. We'll have to spend more quality time with these beauties to figure out if they're worth shelling out the big bucks for, but until then, you can check out our S10 / 10+ hands-on for more details.