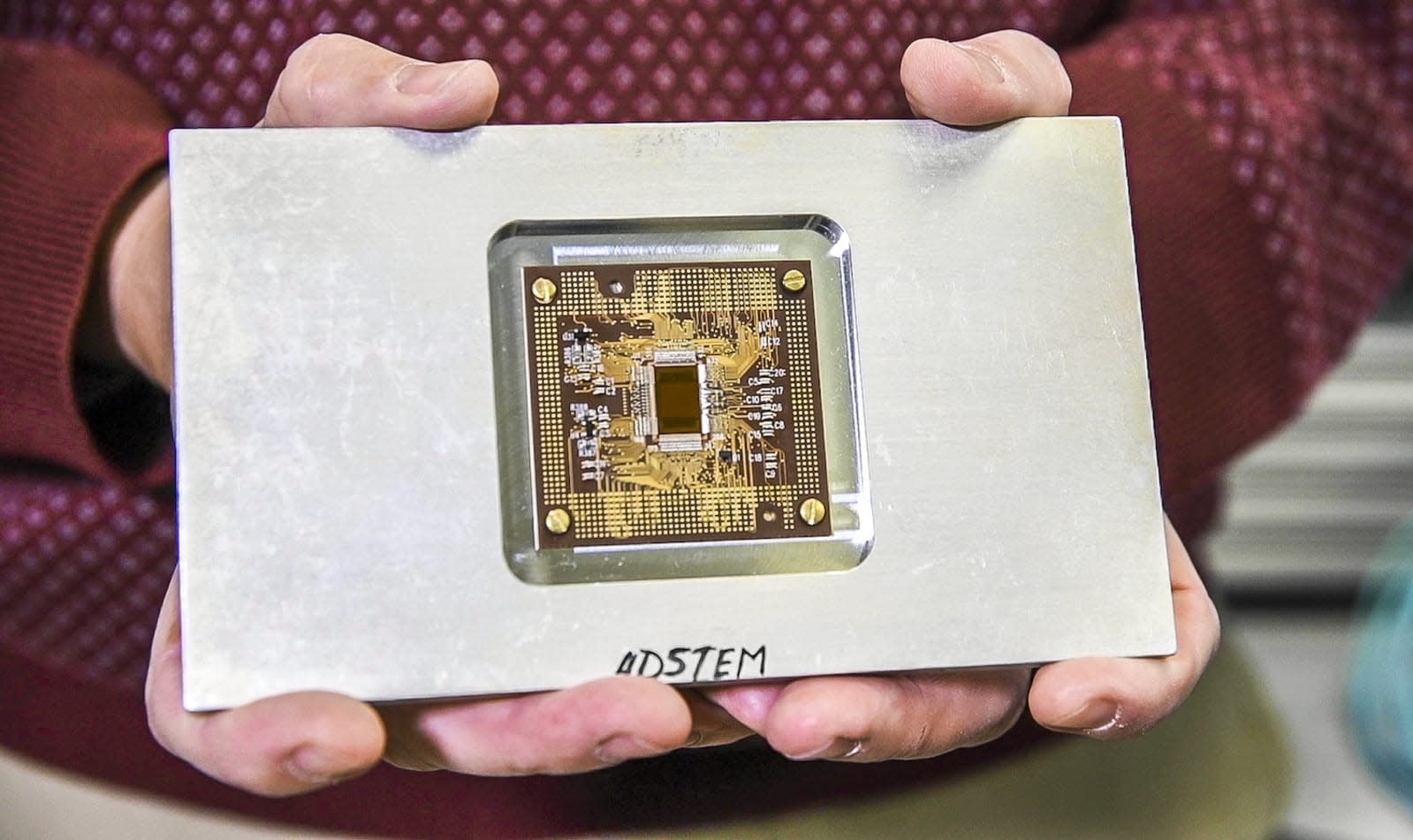 The Department of Energy's Lawrence Berkeley National Laboratory installed a new electron detector that can capture images at the atomic level at a much faster rate than ever before. One possible application of this tech is a better understanding of what happens at the smallest scales in batteries and microchip components to help control and prevent damage. An electron microscope can find defects at atomic level.

It's the fastest detector currently in operation and will open entirely new doors in electron microscopy. It can record images on the atomic scale 60 times faster than any existing detector. This allows scientists to film entire movies of experiments, rather than dealing with single disparate images.

The electron detector, called the 4D Camera, outputs a huge amount of data -- about 4TB per minute. "The amount of data is equivalent to watching about 60,000 HD movies simultaneously," said Peter Ercius, a staff scientist at the Molecular Foundry, part of the Berkeley Lab. That required the team to build a network between the microscope and the supercomputer it feeds to in order to handle that amount of data in a regular basis.

But that much data also means that the team will be able to record every single electron during an experiment. "Through this really large data set we'll be able to perform 'virtual' experiments on the sample -- we won't have to go back and take new data from different imaging conditions," said Jim Ciston, another staff scientist.

In this article: electron microscope, gadgetry, gadgets, lawrence berkeley, tomorrow
All products recommended by Engadget are selected by our editorial team, independent of our parent company. Some of our stories include affiliate links. If you buy something through one of these links, we may earn an affiliate commission.