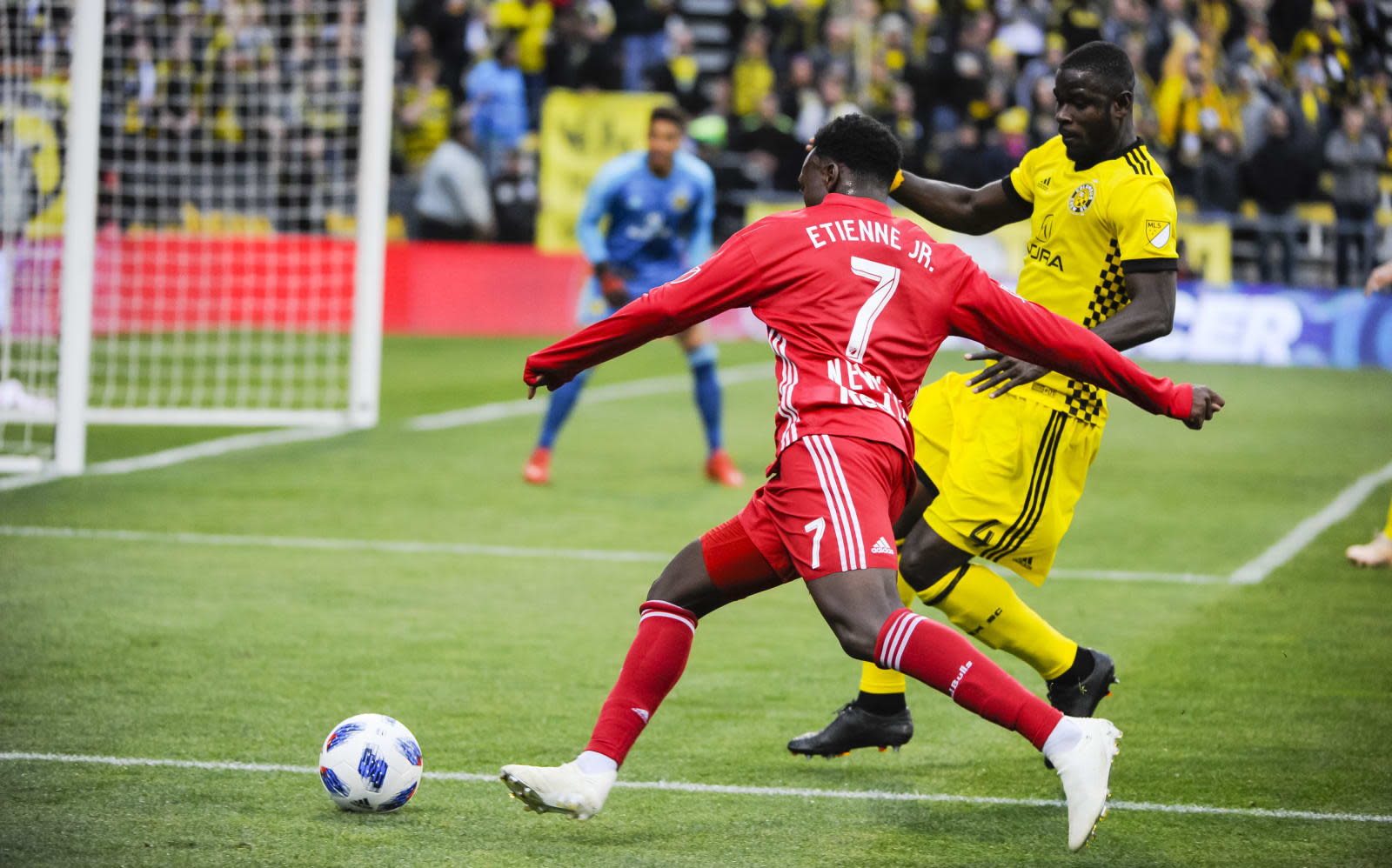 Major League Soccer is launching a new flagship app today ahead of the 2019 season that will let fans get highlights, tickets, merchandise and fantasy info in one place. After you set your club preference, it'll personalize the app with the team colors and other touches. That'll all be in sync with an all-new ad campaign called "Live Your Colors," along with a behind-the-scenes look (below) that's also launching today to promote the app.

You'll be able to get tickets directly from the app via Ticketmaster and SeatGeek as well as merchandise from MLS store. However, MLS said that the main focus will be on the game day experience, with highlights and information about transportation, stadium access, concessions and more. On top of that, MLS has fully integrated fantasy into the app and could add next-generation analytics as early as 2020.

Major League Soccer said that 70 percent of its digital content is consumed on mobile. For instance, last year it streamed 22 matches on Twitter that drew nearly 14 million viewers. To create the new ads, MLS used the Bolt Hi-Speed Cinebot rig that can crane up to 10 feet and extend six feet in a precise, pre-programmed trajectory. That allowed them to build a 3D world around the players, and seamlessly jump to multiple locations.

MLS noted that the new app lets individual clubs add their own touches. "We know that fans are primarily fans of the club, then the league," said MLS VP Chris Schlosser, adding that future updates will focus even more on that. "We'll lean even more into the club branding, providing each of our clubs a little more flexibility to program the national app. We think that's a first in the world of sports where individual clubs actually have places where they can program within a national app."

In this article: App, av, entertainment, FanExperience, MajorLeagueSoccer, MLS
All products recommended by Engadget are selected by our editorial team, independent of our parent company. Some of our stories include affiliate links. If you buy something through one of these links, we may earn an affiliate commission.