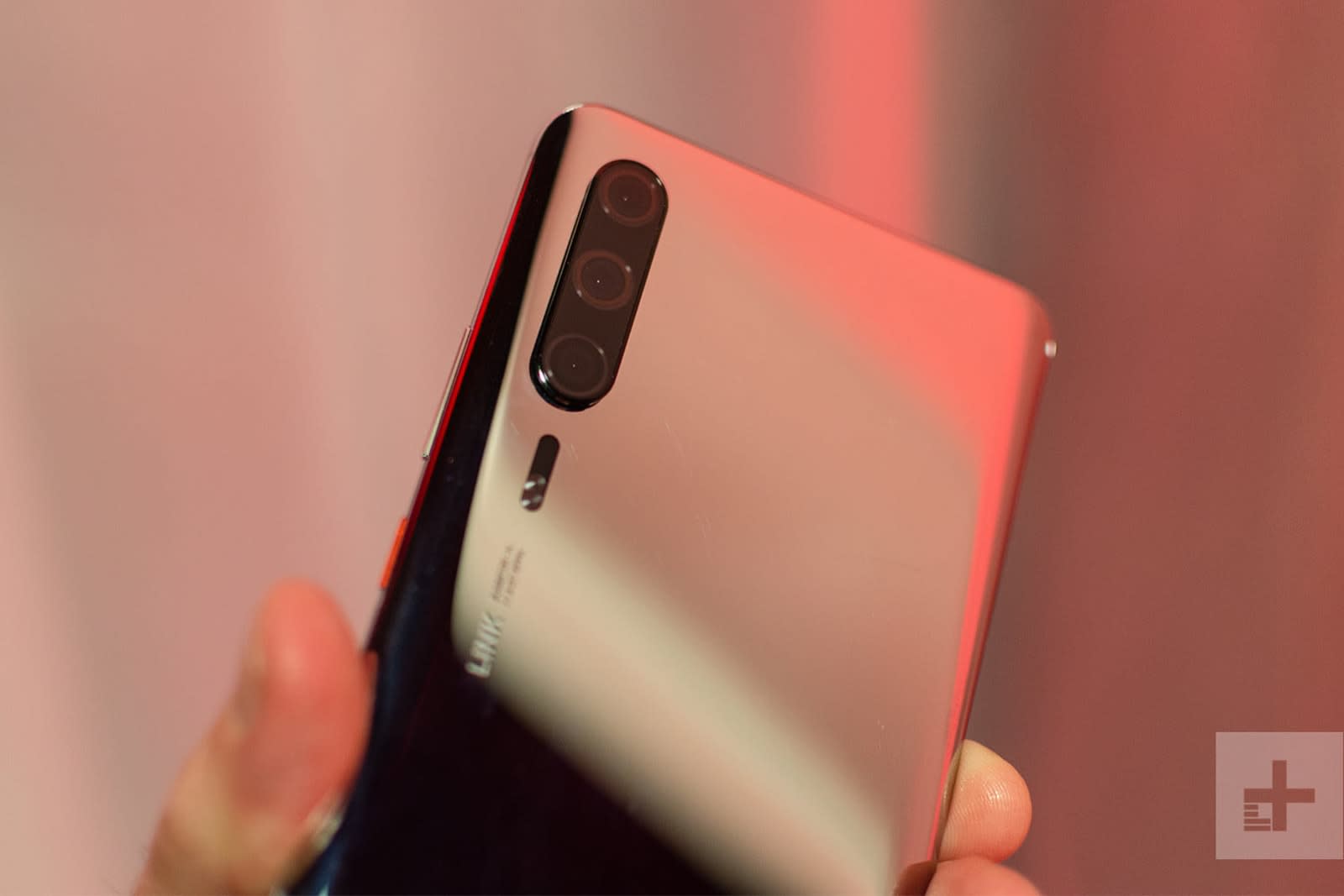 You might not have to wait until Huawei's March 26th event to see the P30 series in the flesh -- you may be looking at it right now. Digital Trends says it obtained a behind-closed-doors peek at a P30 Pro prototype that offers numerous clues about the flagship phone. The design appears to be a subtle refresh of the P20 Pro with a unified camera hump and tapered edges. However, there are hints of powerful camera features. DT noted that the "Summitor" placeholder labeling on the back is eerily close to Leica's "Summitar" 50mm lens badging, potentially referencing a rumored 10X zoom camera. That would line up with a Huawei event teaser clip showing zoomed-in snapshots.

It might not all be good news. Despite rumors of a headphone jack revival, the prototype had no 3.5mm port. And most of the other details haven't been confirmed, including the teardrop notch on the display (the organizers wouldn't let DT photograph the unit's unfinished front) or the specifications. It won't be surprising if the P30 Pro includes the speedier Kirin 980 processor from the Mate 20 family, though.

The biggest unknowns at this point are exact availability and the variations between P30 models. There are hints the differences could be sharp, though, with a P30 Lite including a slower Kirin 710 chip and a less spectacular triple-camera array. If there are any doubts, they'll all be addressed before March is over.

In this article: android, gear, huawei, leak, mobile, p30, p30pro, smartphone
All products recommended by Engadget are selected by our editorial team, independent of our parent company. Some of our stories include affiliate links. If you buy something through one of these links, we may earn an affiliate commission.