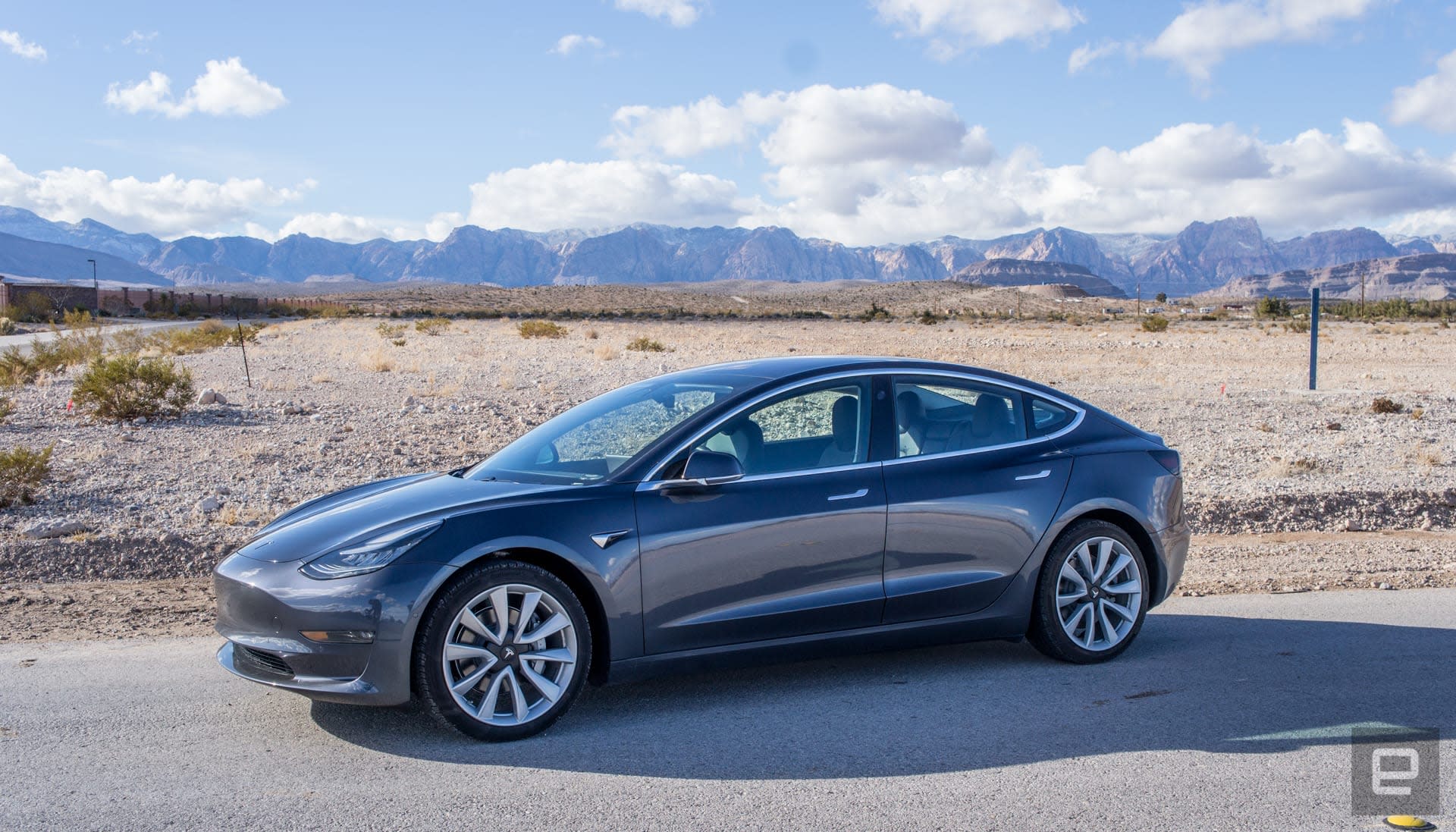 You can order one now.

In a sort of surprise event (CEO Elon Musk tweeted it out two days ago), Tesla announced the $35,000 Standard Range Model 3 is available for order. The automaker has been working diligently to streamline its production line and lower unit costs of the Model 3. You can order it right now.

The $35,000 Model 3 will enter the market that's becoming increasingly crowded. The Chevy Bolt, Kia Niro EV and Hyundai Kona EV are all in the same price point and have about the same amount of range. But none of them have the cachet of the Model 3.

The lower-priced Model 3 will have a few caveats including a new "standard interior." That means cloth seats, manual steering wheel adjustment, a base trim, basic audio and standard maps and navigation. Gone are the fog lamps and docking ports for a smartphone. But it will have four USB ports, so that's not a huge loss.

The car will still have the glass roof (woohoo), and folding heated side mirrors. The company went with a more basic interior for the lower-priced vehicle which should be expected.

Tesla also announced a Standard Range Plus vehicle with 240-miles of range before you need to hit up a Supercharger. It also has a better interior than the Standard Range Model 3 with adjustable seats, better materials and upgraded audio.

The pricing of both of these vehicles does not include the Autopilot suite ( Autosteer and Traffic Aware Cruise Control) which is $3,000 before delivery and $4,000 after delivery. So if after a while you want to upgrade your vehicle with the driver's assistance package it'll cost $4,000 and you'll get an over the air update.

Currently, the delivery date for the Standard Range version is two to four weeks in the United States and according to Musk, additional places on the planet in three to six months.

Going forward, the way you buy a Tesla will change dramatically. All Tesla's will now only be available for online order. If you go into a store, they'll direct you to a computer to order the car that the company says will only take you one minute to purchase.

If a $35,000 car is still too rich for your blood, during a call with Musk, he stated that cheaper Tesla vehicles would enter the market in 2-3 years. He reiterated probably closer to three years.

If you're an early reservation holder for this vehicle, you will get first priority according to Musk. So that car you've been waiting for is almost ready for pick up.

Update 2/28/19 6:15PM ET: An earlier version of this article stated the standard interior did not have heated seats. The trim level does have heated front seats.