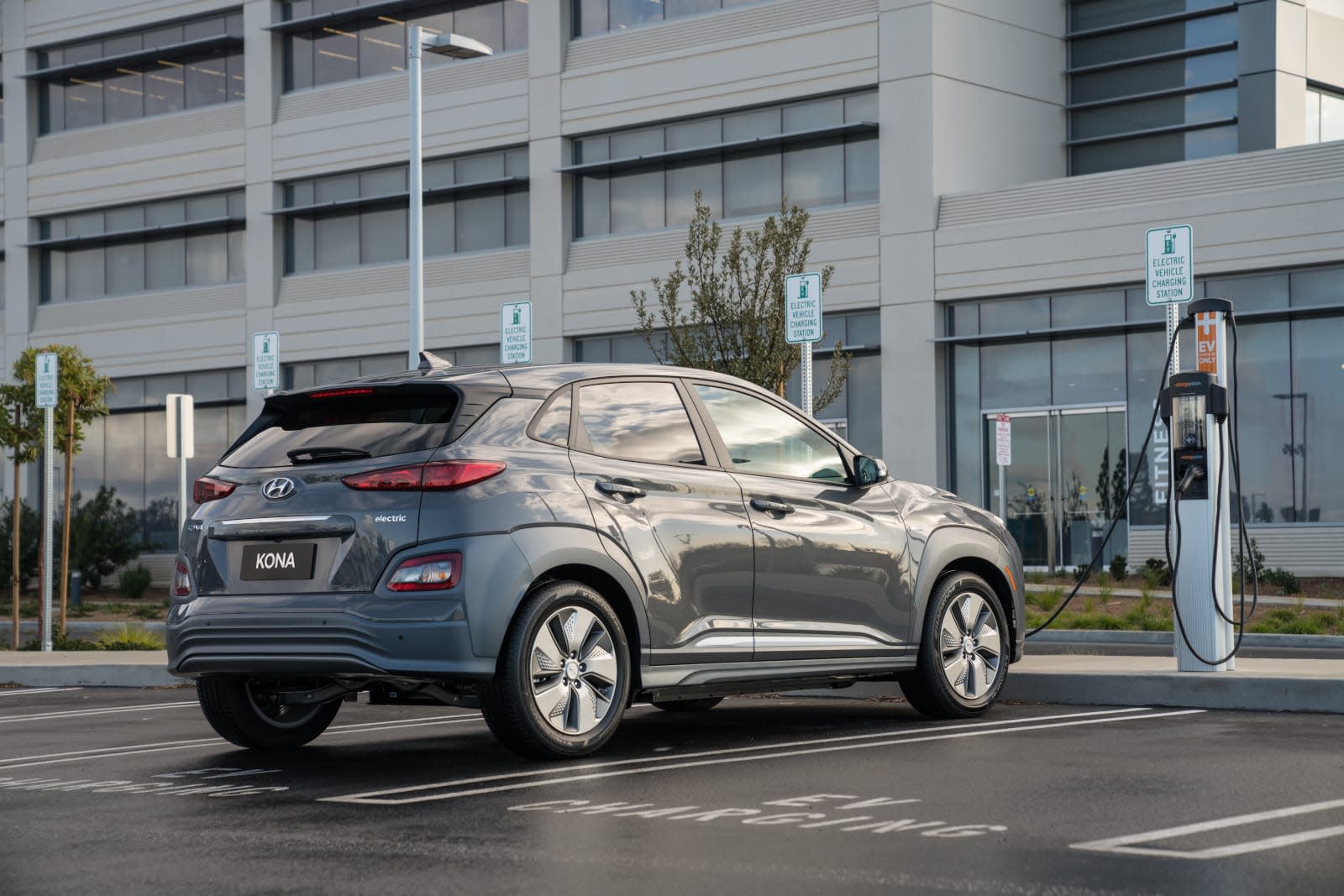 Turns out Hyundai's Kona EV is one of the most affordable electric vehicles you'll be able to buy in the near future. The automaker has revealed that the electric version of its Kona model has a starting price of $36,450 before federal tax incentives. If you can get the $7,500 maximum tax incentive, the crossover will only set you back $29,995 -- that's $28,950 in base price plus delivery. The Kona EV, Hyundai's first electric crossover for the US market, will be manufactured in Korea and will start shipping in California in early 2019. It will eventually make its way to western and northeastern states part of the zero emission vehicle program, though the automaker didn't announce a concrete timeline for them.

Its direct competitor is perhaps the Chevy Bolt EV, which has a slightly higher starting price ($37,495). The Kona is even more powerful than the Bolt -- on paper, at least, since it's not out yet -- with its 201-horsepower, 290-pound-foot electric motor, compared to the latter's 200-horsepower, 266-pound-foot one. It can also travel 258 miles on a single charge, 20 miles farther (238 miles) than the Bolt can. In addition, the Kona's base price comes with DC fast charging capability, as well as heated seats and other features you can only get with the Bolt if you pay extra. Tesla is expected to release a $35,000 version of the Model 3, as well, but it will no longer offer tax incentives next year, since it has already sold over 200,000 vehicles.

In this article: electricvehicle, ev, gear, hyundai, kona, transportation
All products recommended by Engadget are selected by our editorial team, independent of our parent company. Some of our stories include affiliate links. If you buy something through one of these links, we may earn an affiliate commission.