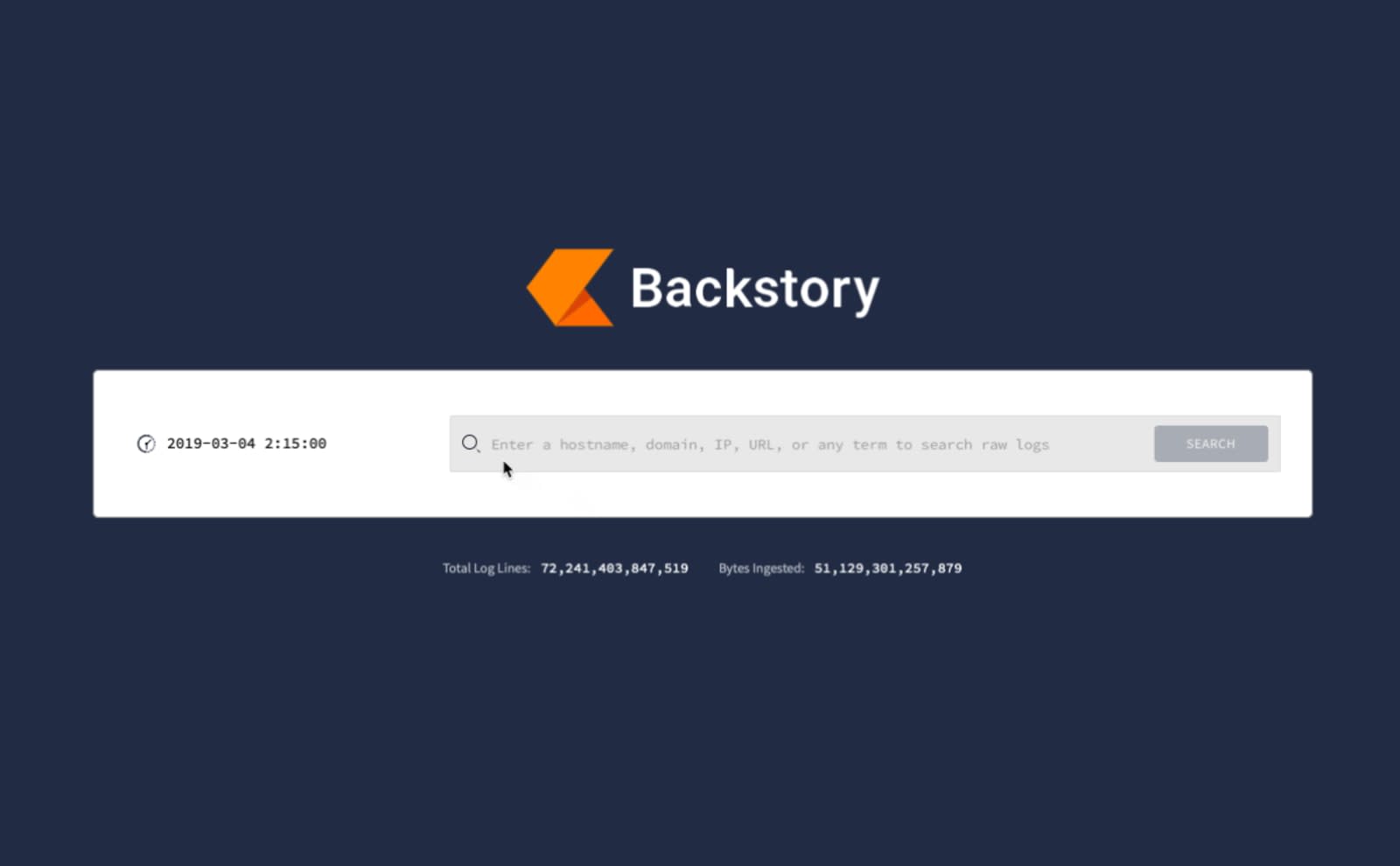 Speaking to Forbes, Chronicle's CEO Stephen Gillett explains: "You dump everything in Google Photos, they structure it, they recognize faces, they give you themes, they store it in the cloud and allow you to understand it." Backstory works in a similar way, storing huge volumes -- petabytes -- of data on a company's tech infrastructure, from employee's devices to domain name servers. Users can then search and analyze the data, with Chronicle's analytics engines scanning it for threats, such as malware-infected files and known bad web domains.

It's a first for a number of reasons. It pulls together data from an organization's various security products into one unified system, so security professionals can identify threats quickly without spending time sifting through piles of unconnected data -- a search will take less than a second, compared to up to an hour, as is the case with comparable products. And its licensing model isn't based on data volume -- a traditional pricing mechanism that's usually pretty expensive. Chronicle hasn't revealed numbers, but says licenses will instead be based on the size of the company.

Backstory's obvious links with Google also give the platform an efficiency boost. While Gillett is careful to point out that Chronicle is "distinctly not Google" and has separate legal and privacy agreements -- and therefore customers needn't worry about their data being mined or shared -- parent company Alphabet has a goldmine of historical information on security threats. As such, Backstory is well-placed to determine if something is genuine threat or not, and the platform will constantly compare new threats against the company's threat records.

Chronicle already has a number of partners on board, including Avast, Proofpoint, truck manufacturer PACCAR and energy infrastructure company Quanta Services. According to the company, Backstory is likely to be developed to a point where it can take action on behalf of the user. So if it identifies a threat it could automate protective measures itself, leaving IT free to get on with tackling the other issues from the increasingly complex world of cybercrime.

In this article: Alphabet, Backstory, business, Chronicle, cybercrime, data, gear, google, risk, security, services, threat, X
All products recommended by Engadget are selected by our editorial team, independent of our parent company. Some of our stories include affiliate links. If you buy something through one of these links, we may earn an affiliate commission.