The automaker expands its electrification portfolio.

Unveiled at the Geneva Motor Show, the new Q4 E-Tron Concept takes the formula of the automaker's electric EV and shrinks it down a bit. The vehicle has an expected range of 280 miles and will probably compete with the Tesla Model Y more than the Model X. The automaker also announced an augmented reality HUD that project images so they look like they're 12 meters ahead of the vehicle. Sadly, they didn't have a demo of the system. Once it goes into production around the end of 2020, this crossover will be the first Audi where owners can customize their headlight startup signature.

Ahead of the show Audi showed off its 2019 plug-in hybrids (A6, A7, A8 and Q5) plus the A3 and Q7 that will return with a plug-in option. With such a rapidly growing portfolio the automaker clearly wants to be seen as king of sport and luxury electrification. If it keeps it up at this pace, that could very well come to pass. 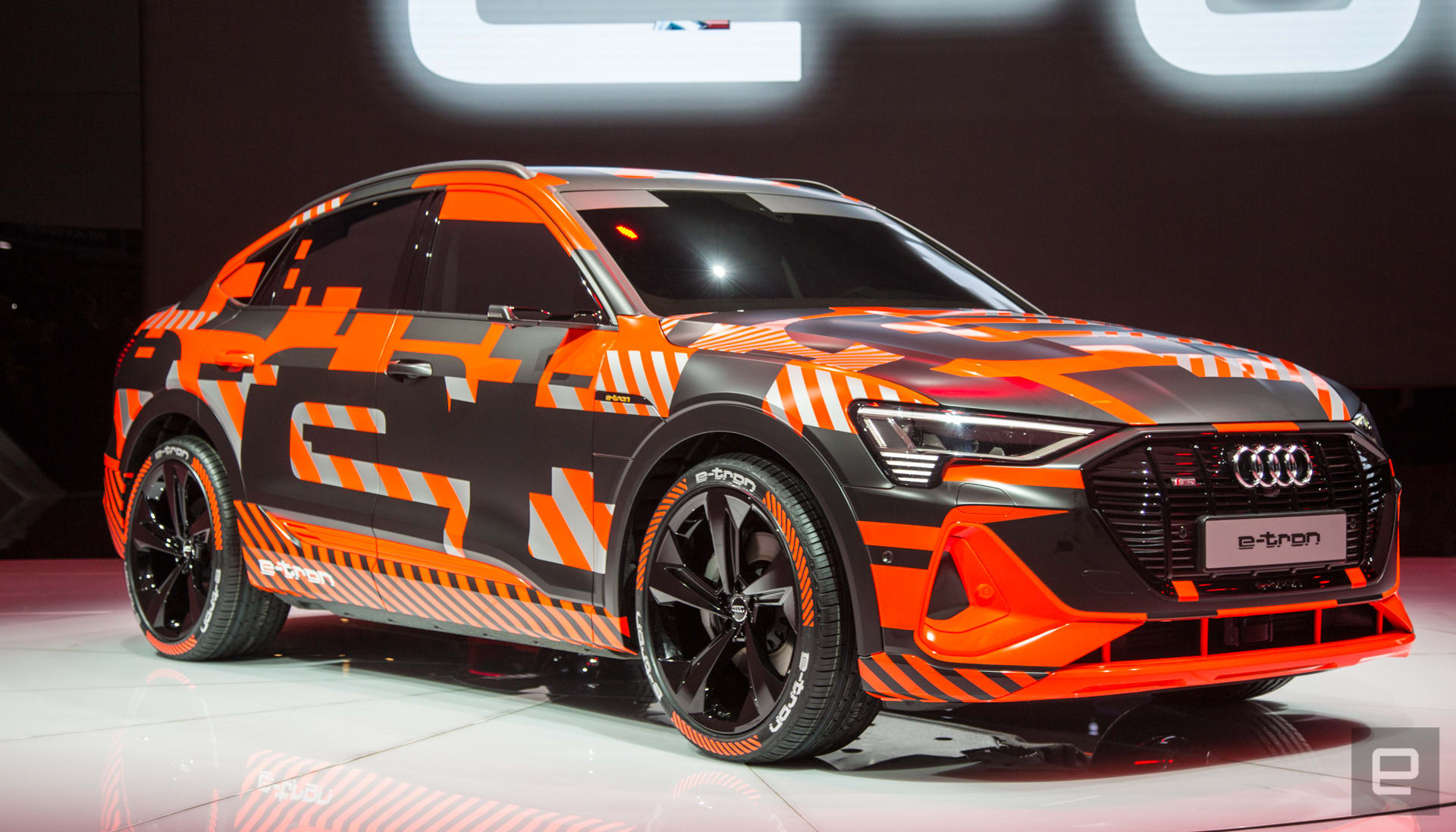 The automaker also showed off an E-Tron sportback in camo -- we'll see it without the cover by the end of the year. Audi says it's a sleeker and sportier version of its E-Tron SUV, with an expected range of over 248 miles.

All products recommended by Engadget are selected by our editorial team, independent of our parent company. Some of our stories include affiliate links. If you buy something through one of these links, we may earn an affiliate commission. All prices are correct at the time of publishing.
Audi’s E-Tron line gets a bit more crowded with the Q4 crossover concept
audi
business
design
e-tron
electric vehicle
EV
gadgetry
gadgets
gear
Geneva Motor Show 2019
green
q4
q4 e-tron concept
tomorrow
transportation