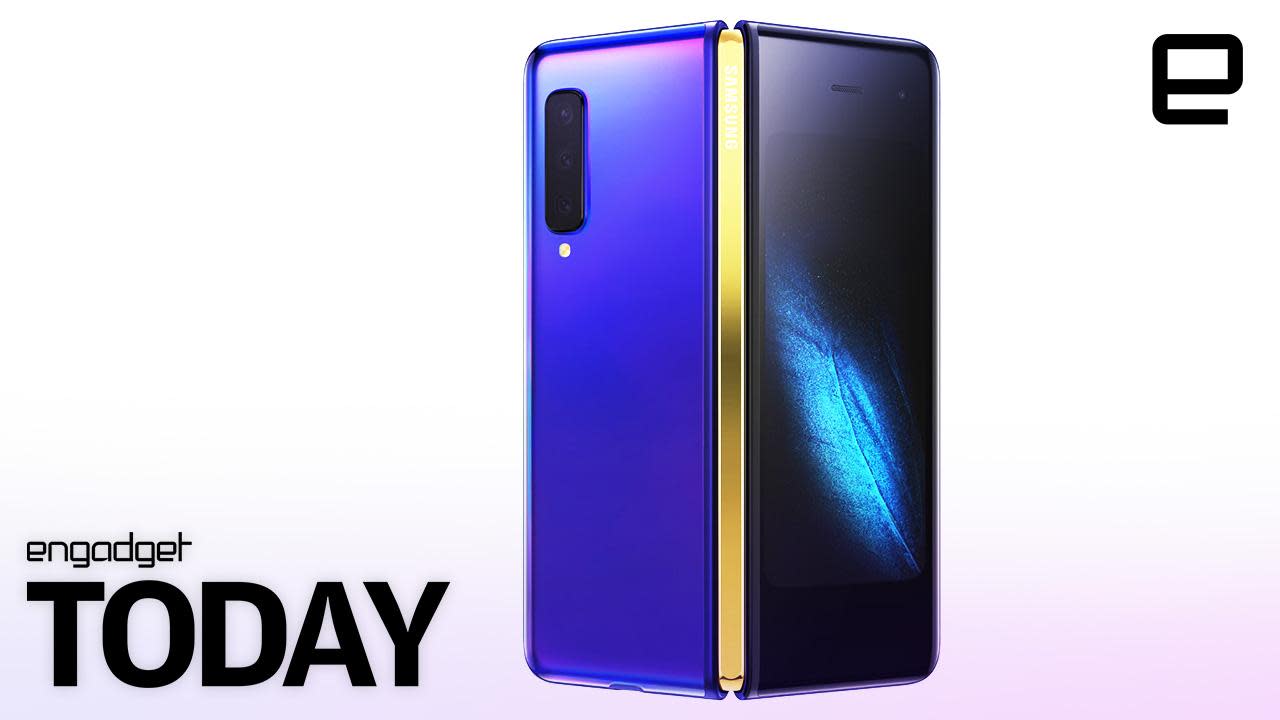 If you, for some unknown reason, thought Samsung's flexible device rollout would stop with the Galaxy Fold then we have bad news. Bloomberg cites unnamed sources saying that the company is already working on a pair of follow-up smartphones, with one shaped like a clamshell (folding vertically so that the top meets the bottom) and another that folds away just like Huawei's impressive Mate X. The rumors suggest that the vertically folding device could appear late this year or early next year, while the one that folds out is due after that.

Unsurprisingly, there has also been a report that Samsung is pitching its foldable tech to other manufacturers including Apple and Google, in hopes that they'll pay up to use it in devices as well. Still, it's hard to say how much demand there is until some of the convertible devices are actually on sale, even at their high starting prices. Similar to the way its Galaxy Note opened the door to a rush on big phones, Samsung clearly hopes that it can once again lead the way into a growing market as smartphone sales cool off.

The more intriguing note is another unsourced statement that Samsung is considering offering free screen replacements to account for a visible crease that appears on the Fold after it has been adjusted more than 10,000 times. That figure is also intriguing considering that when Samsung announced its new device, it said the screen had been tested to withstand up to 200,000 folds -- enough for more than five years of usage. Even if it can create popularity, durability will be another question, and if it can't make the screen hold up indefinitely then replacements are at least what you'd expect for a $1,900+ device.

In this article: AOLoriginals, bendable, Daily Show, DailyShow, Engadget, Engadget Today, EngadgetToday, EngadgetVideo, entertainment, foldable, Galaxy Fold, gear, mobile, samsung
All products recommended by Engadget are selected by our editorial team, independent of our parent company. Some of our stories include affiliate links. If you buy something through one of these links, we may earn an affiliate commission.