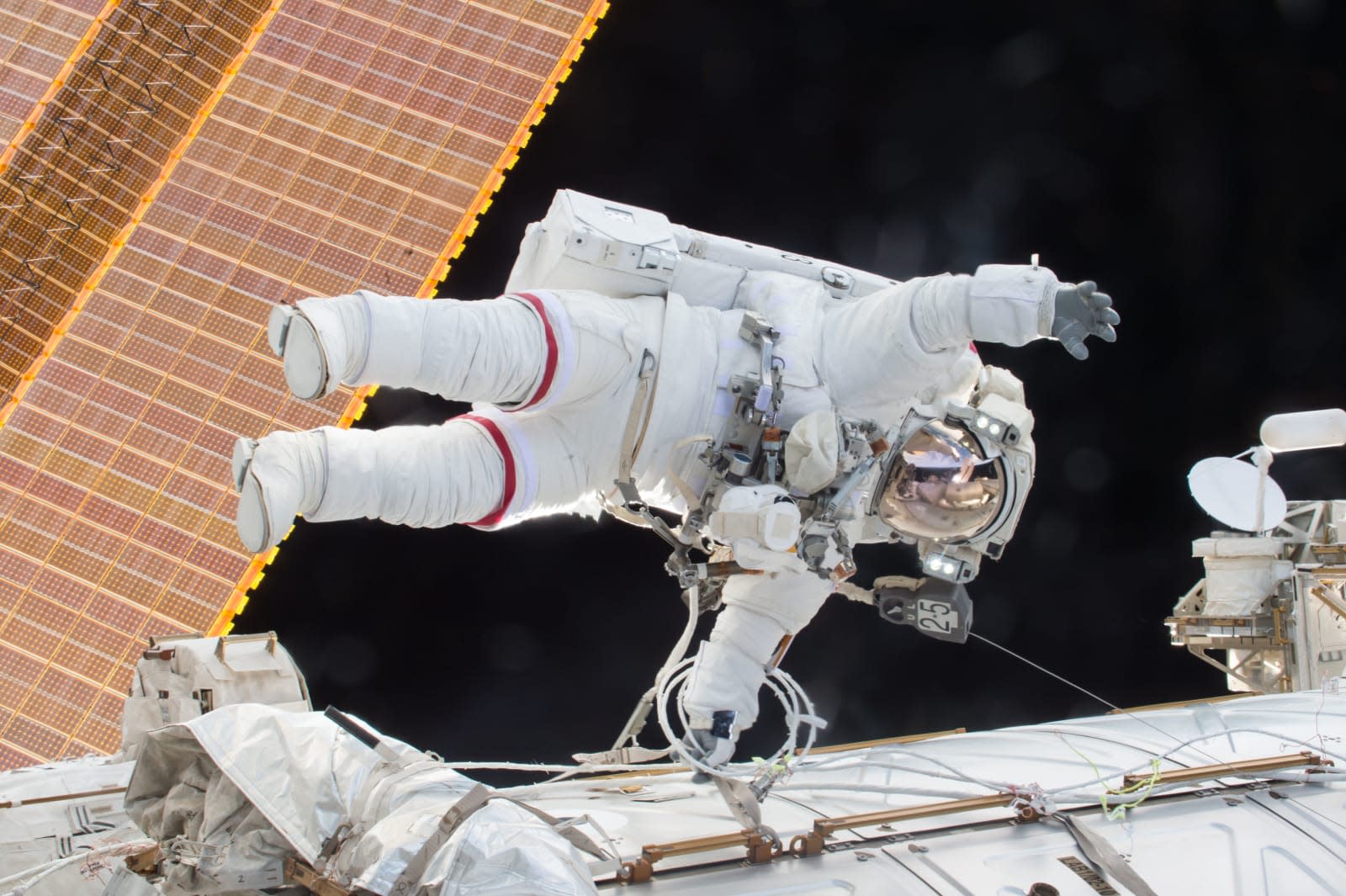 After several decades of human spaceflight, you're finally going to see the first all-female spacewalk. NASA has confirmed that astronauts Anne McClain and Christina Koch will venture outside the International Space Station on March 29th. This wasn't intentional, the agency told Axios -- it just so happened that the particular crew aboard the ISS led to the team-up. If you've been following the progression of the space program, however, it might not be quite such a surprise.

All of the American astronauts who'll be aboard the ISS by the end of March are from NASA's 2013 class, the first where women represented 50 percent of the team (2017's class was 42 percent women). Simply speaking, you're statistically more likely to see women suiting up than you were even a decade ago -- it was just a matter of when a team's composition would skew female.

You might not see similar spacewalks from other countries in the near future. Russia's 2018 class is all-male, for example. It's a start, though, and it won't be surprising if the March 29th mission heralds more varied spacewalks for a long time to come.

In this article: astronaut, gear, international space station, internationalspacestation, nasa, space, spaceflight, spacewalk, women
All products recommended by Engadget are selected by our editorial team, independent of our parent company. Some of our stories include affiliate links. If you buy something through one of these links, we may earn an affiliate commission.
Share
Tweet
Share