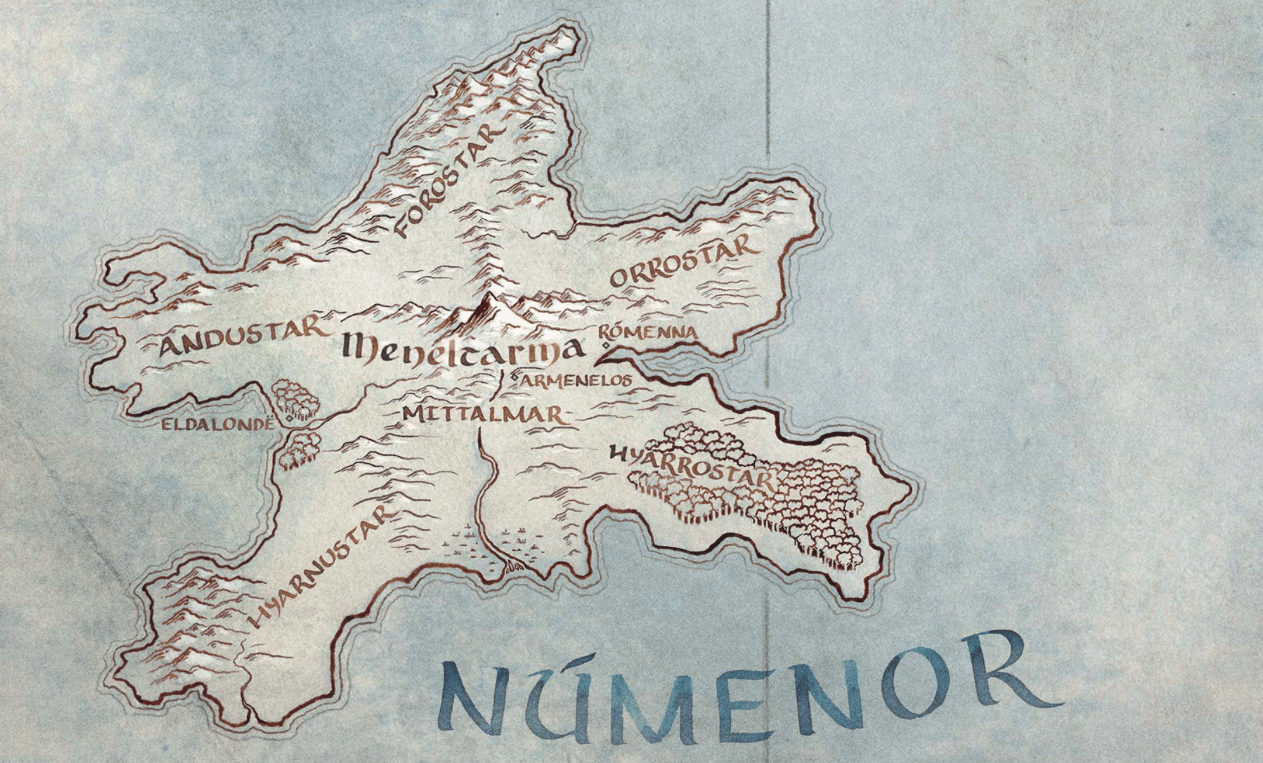 Amazon has offered precious little information about its forthcoming Lord of the Rings series, but some Twitter and Instagram teases that started last month are finally bearing fruit. Previous posts showed the map of Middle-earth slowly being filled in with more info, and today's reveal gives a good idea of where the show will focus. The island of Númenor was added to the map, something you won't usually find on most Middle-earth maps. That's because the island was destroyed at the end of the Second Age, thousands of years before the events of The Lord of the Rings.

Amazon also helpfully tweeted "Welcome to the Second Age," a confirmation that the story will focus on events that took place long before the stories in Tolkien's most well-known novels. That said, there are plenty of events from the Second Age that have a huge impact on The Lord of the Rings. If you remember the very beginning of Peter Jackson's Fellowship of the Ring, you'll remember the massive battle of Elves and Men taking on Sauron's hordes in Mordor. That battle, when Sauron is defeated and loses the One Ring, marked the end of the Second Age. So there's plenty of drama to dig into here.

Another notable tidbit from today's reveal is that it seems likely that Amazon has rights to Tolkien works beyond The Lord of the Rings and The Hobbit. Historically, the rights to all the rest of his works have been held closely by the Tolkien estate and were not available for film-makers. Jackson's two Middle-earth trilogies could only pull from The Hobbit and The Lord of the Rings and their appendices. If Amazon's series is going to focus on the Second Age, there's a good chance they have rights to Tolkien's works published after his death.

While that might be a disappointment for people wanting to see a teenage Aragorn or more of Gandalf's adventures, Aragorn is a descendent of Númenor, the island Amazon revealed today. So we may learn all about his great-great-great-great-great grand-parents and how they shaped the Middle-earth we're more familiar with. Sadly though, we're still lacking in concrete info like when Amazon's show will debut, when it starts filming or who even is in it. At the very least, the action over the last month suggests we'll get some details sooner than later.

In this article: amazon, amazon prime, art, entertainment, jrr tolkien, lord of the rings, númenor, prime video, TL19LOTR
All products recommended by Engadget are selected by our editorial team, independent of our parent company. Some of our stories include affiliate links. If you buy something through one of these links, we may earn an affiliate commission.