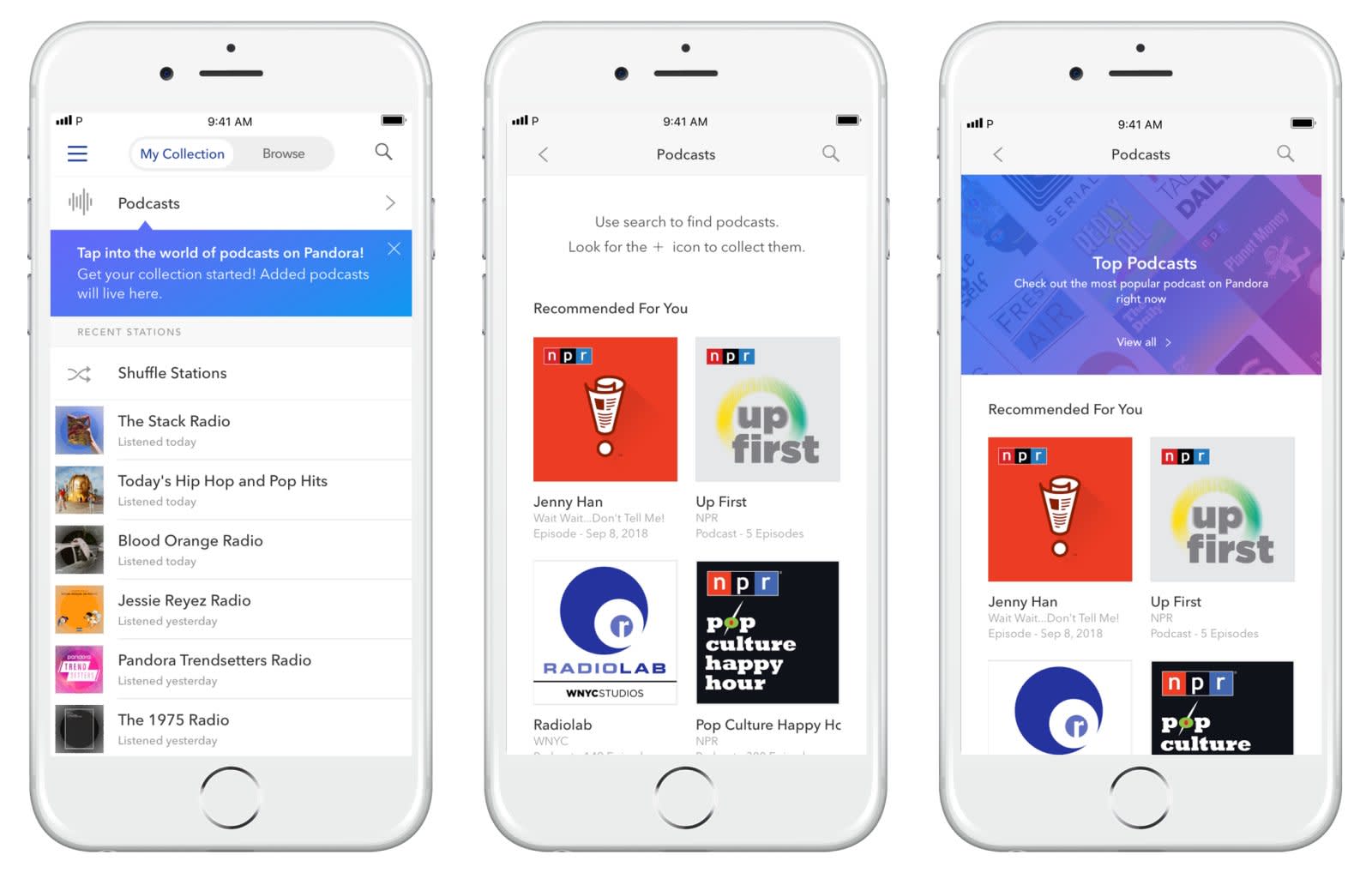 If you listen to Pandora regularly, you might notice new channels, shows, podcast and playlists popping up. Roughly one month after finalizing its $3.5 billion acquisition of Pandora, Sirius XM announced a first-ever, original content team for the platform. As Sirius explains, this is a move to generate music, sports and talk programs as a way of moving the service beyond just streaming music. It's also likely an attempt to take on the likes of Spotify, which recently made its own investment in podcasts.

As Sirius told Billboard, the company hopes to leverage its own programming expertise with Pandora's audience and experience. The two brands will retain their own identities, but according to Billboard, you might find Sirius hosts like Ricky Gervais and Jenny McCarthy hosting Pandora podcasts before long.

This will also allow the company to offer joint content deals to musicians who might be interested in both a satellite show and interactive Pandora content. Sirius already has its own "artist-dedicated" channels with music, interviews, live shows and other content by everyone from Pearl Jam to Pitbull and Tom Petty. It seems like that kind of thing might fit well into this new Pandora model. Just a few weeks ago, Pandora launched its new "Stories" format, which lets musicians inject voice tracks into their playlists. Perhaps listeners aren't the only ones Sirius and Pandora are courting.

In this article: av, business, content, entertainment, internet, pandora, podcast, sirius, siriusxm
All products recommended by Engadget are selected by our editorial team, independent of our parent company. Some of our stories include affiliate links. If you buy something through one of these links, we may earn an affiliate commission.