In this article: art, Bleed for the Throne, entertainment, Game of Thrones, HBO, SXSW, SXSW2019

How could HBO outdo its massive Westworld role-playing experience from last year's SXSW? By asking Game of Thrones fans to prove their devotion by drawing blood. Bleed for the Throne, the network's massive blood drive in partnership with the Red Cross, is one of the most elaborate marketing stunts at this year's show. By taking part at SXSW, or other drive locations around the US, fans are also entered into a contest to attend the Game of Thrones premiere in New York City later this year.

Like many activations -- the gross industry term for these events where consumers interact with brands -- it's both a way for HBO to promote itself while letting fans step into a world they love. But instead of just being yet another depressing example of media excess, Bleed for the Throne is also something that'll help save lives. It's just a shame that it's limited by archaic FDA restrictions.

Under the agency's current rules, laid out in 2015, gay or bisexual men who've had sex with other men within the past 12 months aren't allowed to give blood. That's actually an improvement on the FDA's prior rules, which banned gay men from donating for life, but it still feels unnecessarily punishing. Once they were made aware of the restrictions, gay men online called out HBO for running what was essentially a discriminatory contest, The Daily Beast reports. 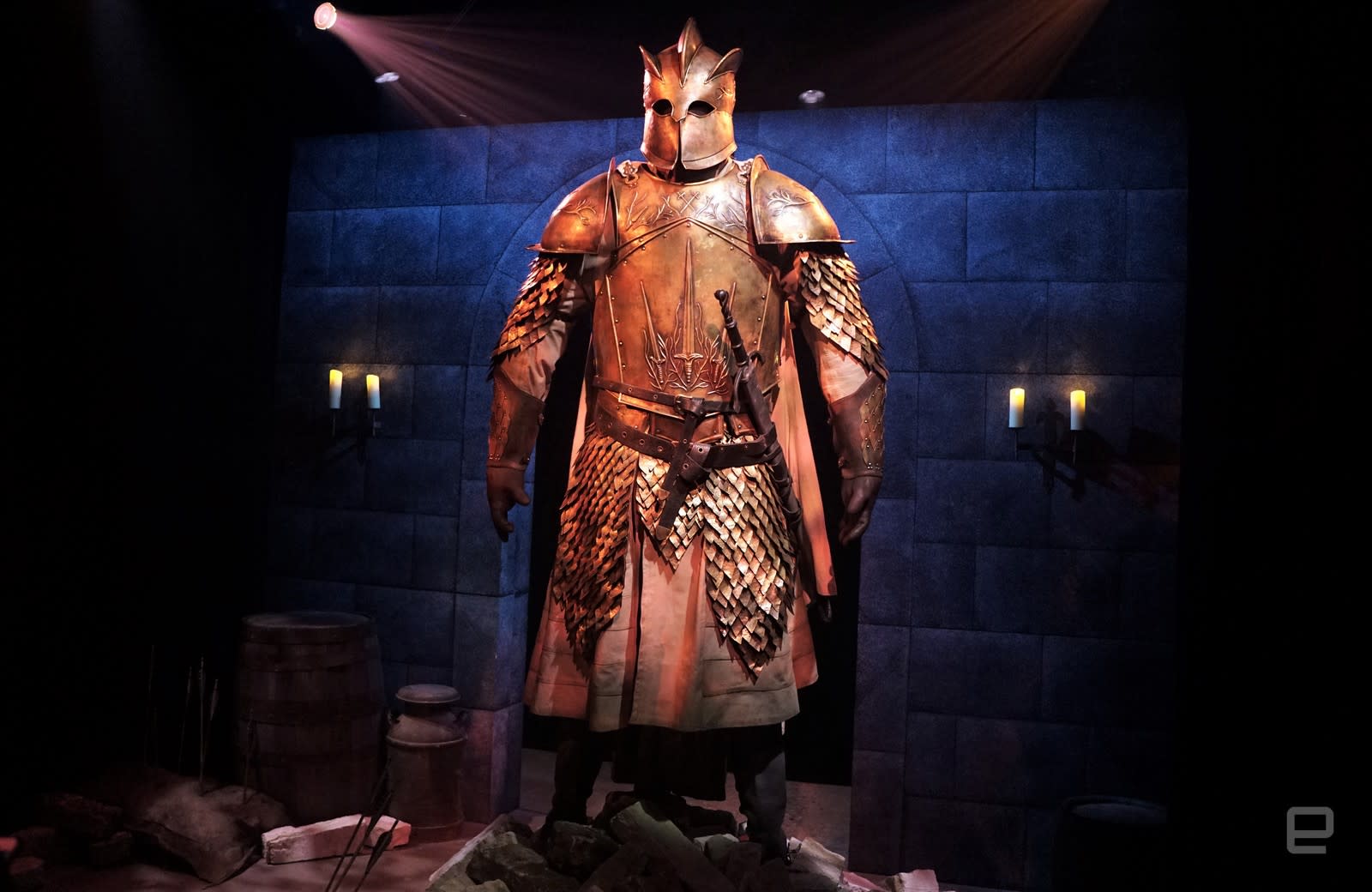 "The 'Bleed for the Throne' campaign is and has always been open to everyone," an HBO spokesperson said when asked for a comment about the FDA's restrictions. "Knowing that FDA regulations may prohibit blood donation by some, we have created multiple ways for fans to interact with the campaign, including entry to the activation at SXSW and the season 8 premiere sweepstakes ... Those unable to donate blood in national blood drives can still enter the sweepstakes by contacting the Red Cross Donor Support Center with a request to be entered, along with their name, mailing address and a valid email. Inclusivity is a key HBO value, and we have long been supporters of the LGBTQ+ community."

The controversy is a distinctly modern one. While HBO is relying on social media virality to promote the contest (and ultimately, itself), it's also instantly open to criticism by anyone who feels excluded. And even if it's not entirely the network's fault, it's hard to convey the nuance of why gay men can't participate in the blood drive in a single tweet. Sure, HBO could have run something more inclusive, like last year's Westworld event, but who did that really help besides the lucky attendees and the network itself?

Since the FDA revised its blood donation restrictions, the agency has come under fire for crafting a policy out of fear, rather than science. "Under the current system, for instance, a straight man with an active chlamydia or herpes infection is not prohibited from donating blood, even though such infections suggest recent high-risk sexual contact," Dr. C. Nicholas Cuneo wrote in an LA Times op-ed. "In a country where nearly a fourth of new HIV diagnoses are coming from heterosexual transmission, this double standard makes no sense unless the fundamental goal is discrimination, not safety."

When asked for comment, the FDA said its deferral policy is based on behavior, rather than sexual orientation. It said it "has been actively engaged in efforts to move towards blood donor deferral policies that are fair, equitable, and least restrictive to all donors while maintaining the safety of the blood supply for those individuals who need it." It will be discussing the topic in more detail at a meeting this month, and will review proposals to change its current methods of determining blood donor suitability. The FDA's full statement is available below.

FDA's deferral policy is a behavior-based policy, not one based upon sexual orientation. The circumstances where FDA recommends deferral are presented in a more consumer friendly manner in a Q&A document available on our website. As you noted, for the purpose of FDA's guidance, gender is considered to be that which is self-identified and self-reported by the potential donor.

The United States Food and Drug Administration has been actively engaged in efforts to move towards blood donor deferral policies that are fair, equitable, and least restrictive to all donors while maintaining the safety of the blood supply for those individuals who need it. After consideration of all of the available evidence, in December of 2015 the FDA changed its blood donor deferral recommendation for men who have sex with men from an indefinite to a 12 month deferral. Among other studies reviewed at the time, epidemiologic studies in blood donors showed that a history of male-to-male sexual contact was associated with a 62-fold increased risk for being HIV positive, whereas the increase in risk for a history of multiple sexual partners of the opposite sex in the last year was 2.3-fold. While acknowledging at the time that the change to a 12 month deferral was less than hoped for by some, FDA considered this to be a first step in the process of evaluating and progressing its blood donor deferral policies for all donors.

Developing the scientific information that is needed to further change blood donor policies will take time and effort. FDA has made forward progress in this regard. A blood safety surveillance system to look at more than half of the blood collected in the United States is fully operational and providing data that will help inform further changes in policy. In addition, FDA sought public input to collect insights on how we might move to and test alternative deferral strategies such as individual risk assessment, and the agency is contemplating studies to evaluate novel donor assessment strategies. The FDA is also involved in an ongoing dialogue with stakeholders regarding the policy. In this regard, the agency is committed to working with others to develop the scientific information needed to further progress blood donor deferral policies that are fair and equitable for all donors and that ultimately enhance the overall safety of the blood supply.

The FDA will be discussing this topic at the March BPAC meeting. The committee will hear presentations on the current epidemiology of HIV in the U.S.; global developments in MSM blood donor deferral policies; and, data on HIV incidence and prevalence among blood donors from the Transfusion-Transmitted Infection Monitoring System. The Committee will discuss a proposed HIV risk questionnaire study. In addition, the committee will discuss a proposal for the use of pathogen reduction technology as an alternative procedure to a time-based deferral for MSM.

As imperfect as it is, I went through the Bleed for the Throne experience because it's the sort of thing I'd like to see more from SXSW and other marketing-heavy events. According to the Red Cross, only about 3 percent of eligible adults donate blood in the US, leaving the country with a perpetually low supply. Every donation helps to save three lives, making it a much more worthwhile use of my time than waiting in yet another activation line. 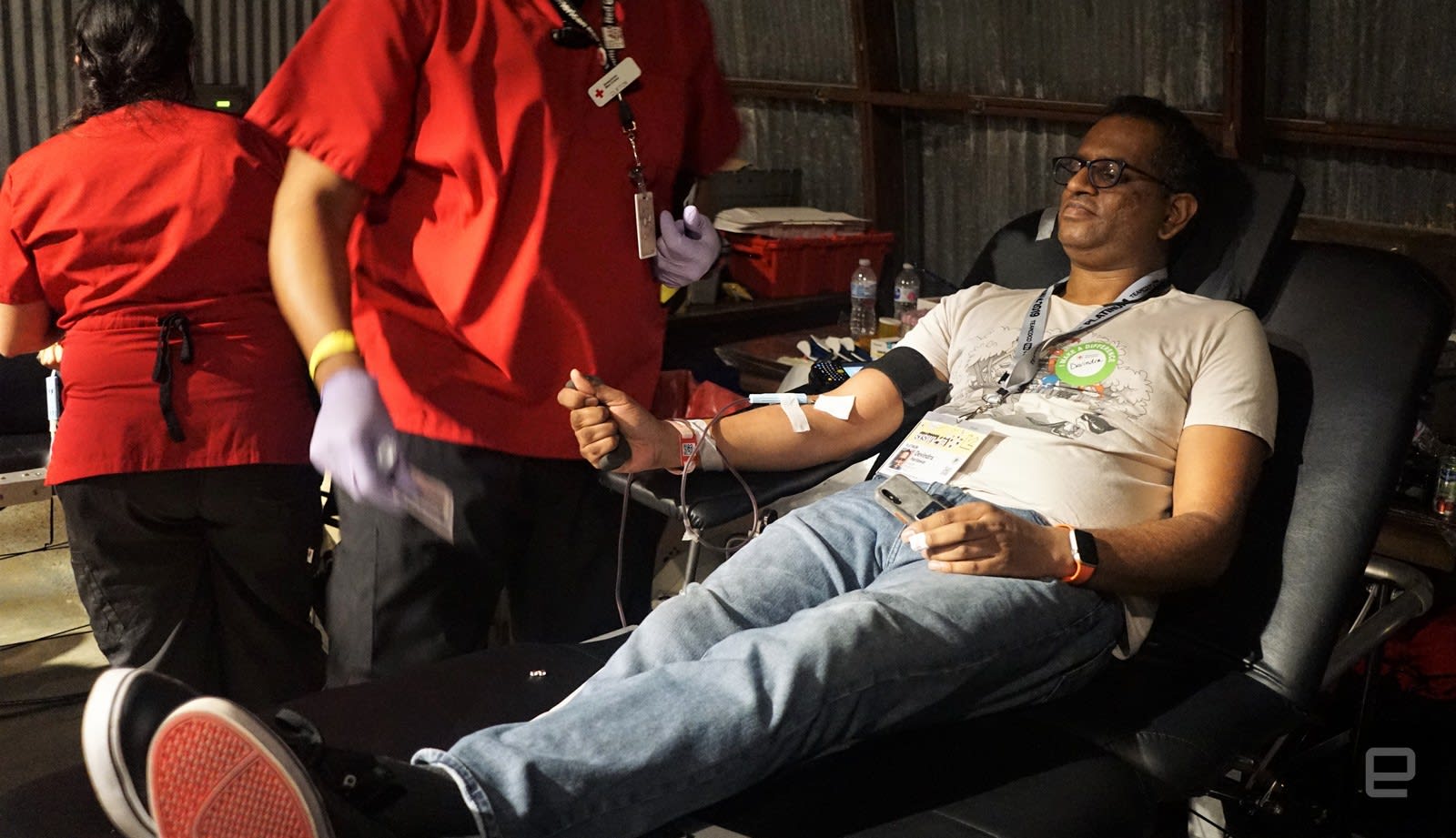 The donation process was no different than a typical blood drive: I filled out a health form, answered a bunch of medical questions, and had my iron levels and blood pressure checked. But, all the while I was surrounded by event helpers dressed in medieval garb, candle-lit tables and the low hum of a live choir singing a 27 minute rendition of the Game of Thrones score. When I entered the donation room, where everyone was anxiously lying down with needles in their arms, it almost felt like I was stepping into a medical camp after a huge battle.

Back on my feet, I made my way through the rest of the experience, which lets you follow in the footsteps of other characters who bled for the Iron Throne. I listened through a pair of headphones as Cersei Lannister walked naked through the streets of King's Landing as the crowd shouted "Shame!"; and as Jon Snow was killed by the rebels of the Night's Watch. It was all fairly low-tech though, making use of projection, fog effects and some set dressing. There were a few highlights, like seeing The Mountain's armor (it's as huge and imposing as you'd think). And once I made my way through the experience, I listened to the choir performing alongside the Iron Throne. (Sadly, we weren't allowed to actually sit on the throne.) 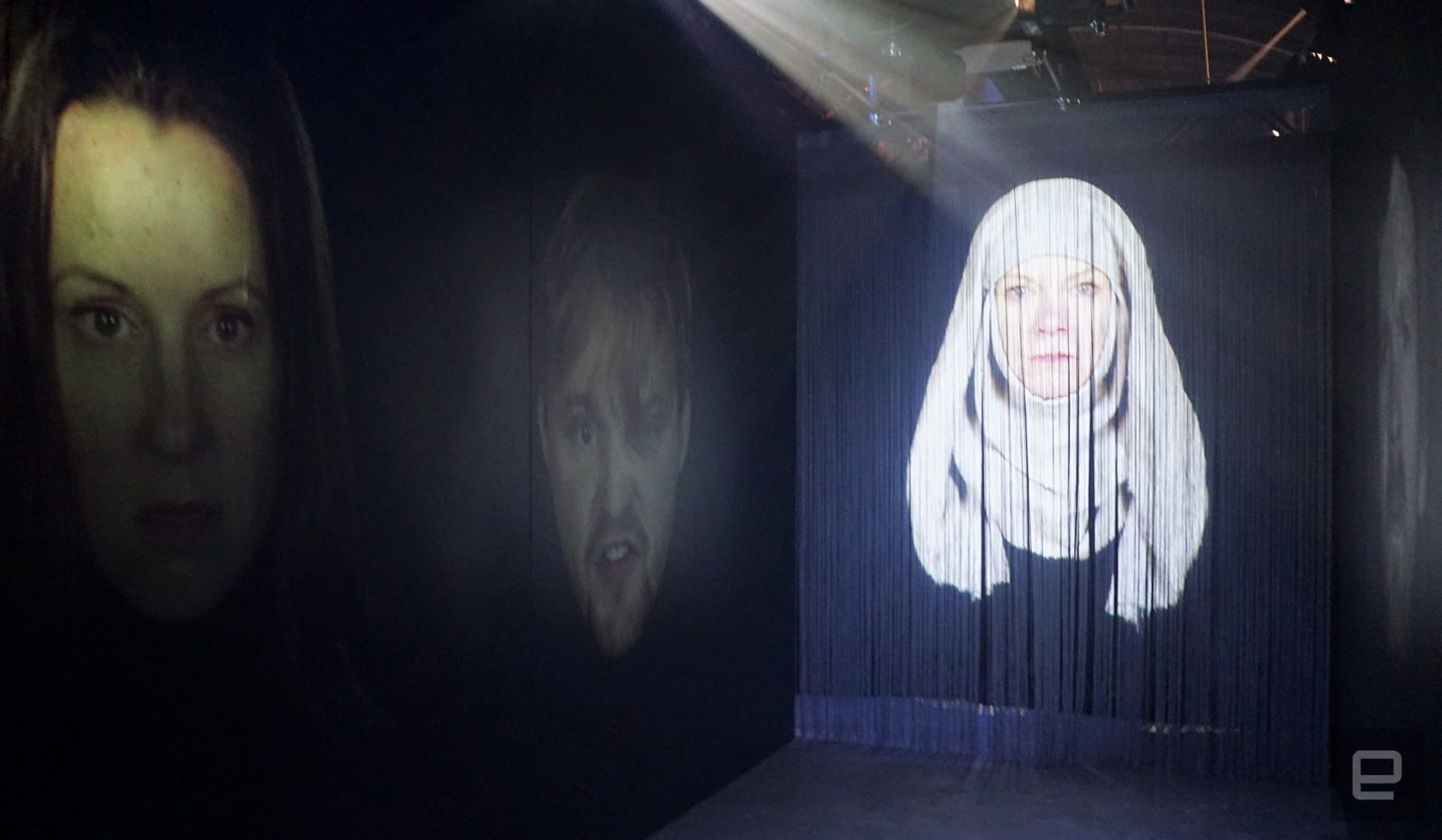 In the end, the legacy of the Bleed for the Throne campaign will likely be a positive one. HBO claims it's the largest blood drive that an entertainment company has coordinated with the Red Cross. In the first day alone, it's on track to collect over 15,000 pints of blood. The Red Cross also says that the contest led to a 40-percent increase in online donor appointments.

You could argue this activation helped in two ways: By getting a slew of new blood donors, something we desperately need, and by unintentionally making the FDA's archaic restrictions more widely known. That's better than pretending to be a cowboy in Westworld, any day.