You can now dictate your texts with Google's Gboard keyboard even when you're offline, at least if you use a Pixel. Google's AI team announced that it updated the Gboard's speech recognizer to recognize characters one-by-one as they're spoken, and it is now hosted directly on the device. By no longer having to send data over the internet, Gboard's voice typing should now be faster and more reliable. Google explained in a blog post that it wanted to create a speech recognizer that was "compact enough to reside on a phone" and wouldn't be derailed by unreliable WiFi or mobile networks.

Voice recognition traditionally works by breaking apart the words you speak into smaller parts known as phonemes, according to Science Line. The speech recognizer would then analyze the order, pattern, and context of the phonemes in order to generate a sentence. This would usually result in a lag as you waited for the software to make its best guess at what you were actually saying. Google's AI team stated in the post that its model "outputs characters one-by-one, as you speak, with white spaces where appropriate." In other words, Gboard will recognize individual letters of the words you say as you say them, rather than recognizing phonemes. 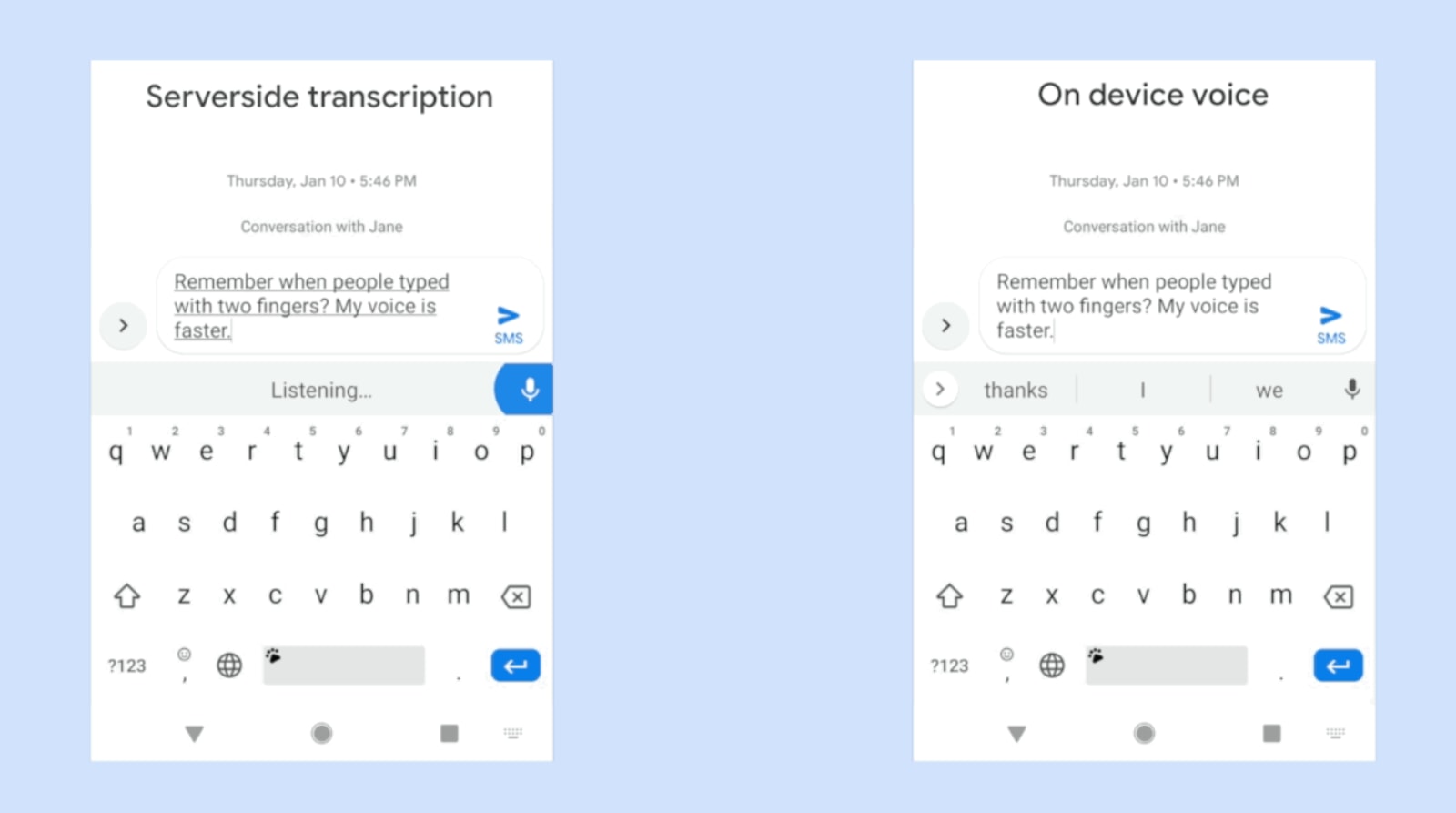 At present, the Gboard update is only available in American English and on Pixel phones. Google's AI team may expand the update to include more languages and more devices in the future.