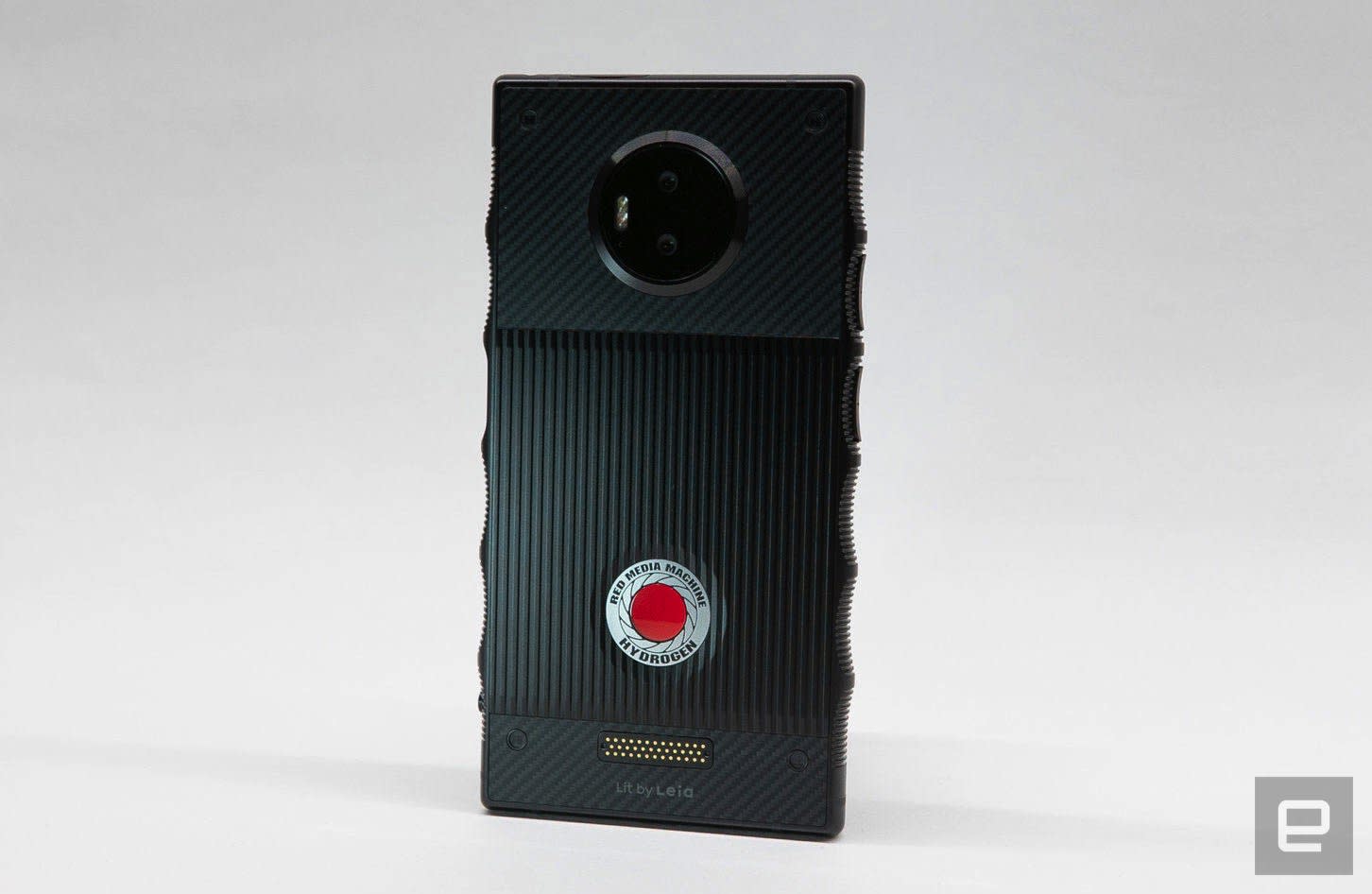 If you bought RED's Hydrogen One hoping that its module system would improve its frankly lackluster camera technology, you might not want to hold your breath for an imminent upgrade. RED has pulled references to the conventional camera module from the Hydrogen One page, leaving its fate up in the air. Company founder Jim Jannard didn't go into detail as to why the module mention vanished, but indicated that RED was in the midst of "radically changing" the Hydrogen program to appeal to both pros and everyday users -- the camera system in particular is due for a shake-up.

While the regular Hydrogen team will still be in charge of the built-in camera capture system, the pro system will be run by RED itself. To put it another way, you should get more of what you expect from a RED-badged phone -- namely, a camera that reflects the company's knack for imaging hardware that borders on overkill. We've asked RED if it can elaborate on what this means for the fate of the module program, but Jannard said more details would come once his firm could "lock down the changes" and secure patents.

He stressed that this didn't mean an untimely end to the Hydrogen One. The smartphone is "not obsolete once the pro camera version comes out," Jannard said.

This doesn't necessarily mean the module technology is dead. RED recently teased a 3D camera module that turns the Hydrogen One into a monitor. It hasn't lived up to promises, though, as owners have been left wondering when (and if) modules might show. And that's an issue when the built-in cameras fare poorly against those in phones costing hundreds of dollars less.

In this article: gear, hydrogen, hydrogen one, hydrogenone, mobile, red, smartphone
All products recommended by Engadget are selected by our editorial team, independent of our parent company. Some of our stories include affiliate links. If you buy something through one of these links, we may earn an affiliate commission.