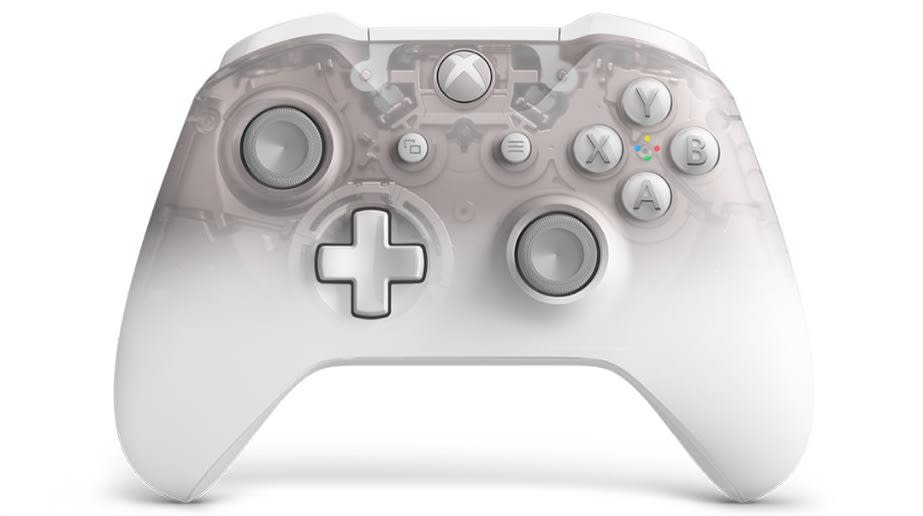 If you need a new controller for your Xbox One, Microsoft has just introduced the second model in its "Phantom" series, this time as a white special edition release. It's slated to go on sale for $70 April 2nd, following the black Phantom controller released late last year.

Both of them feature a two-tone finish with see-through elements transitioning to solid paint toward the grips. It's still a neat look, even if it isn't the reworked Elite "V2" controller suggested in rumors last year. Functionally it's the same as Microsoft's other standard Xbox One controllers, with Bluetooth and a headphone jack aboard. If you are looking for something with a similar color scheme but slightly upmarket, there's an all-white version of the Elite controller that launched last fall and is still selling for $150.

In this article: controller, gadgetry, gadgets, gamepad, gaming, microsoft, phantom, translucent, Xbox One
All products recommended by Engadget are selected by our editorial team, independent of our parent company. Some of our stories include affiliate links. If you buy something through one of these links, we may earn an affiliate commission.