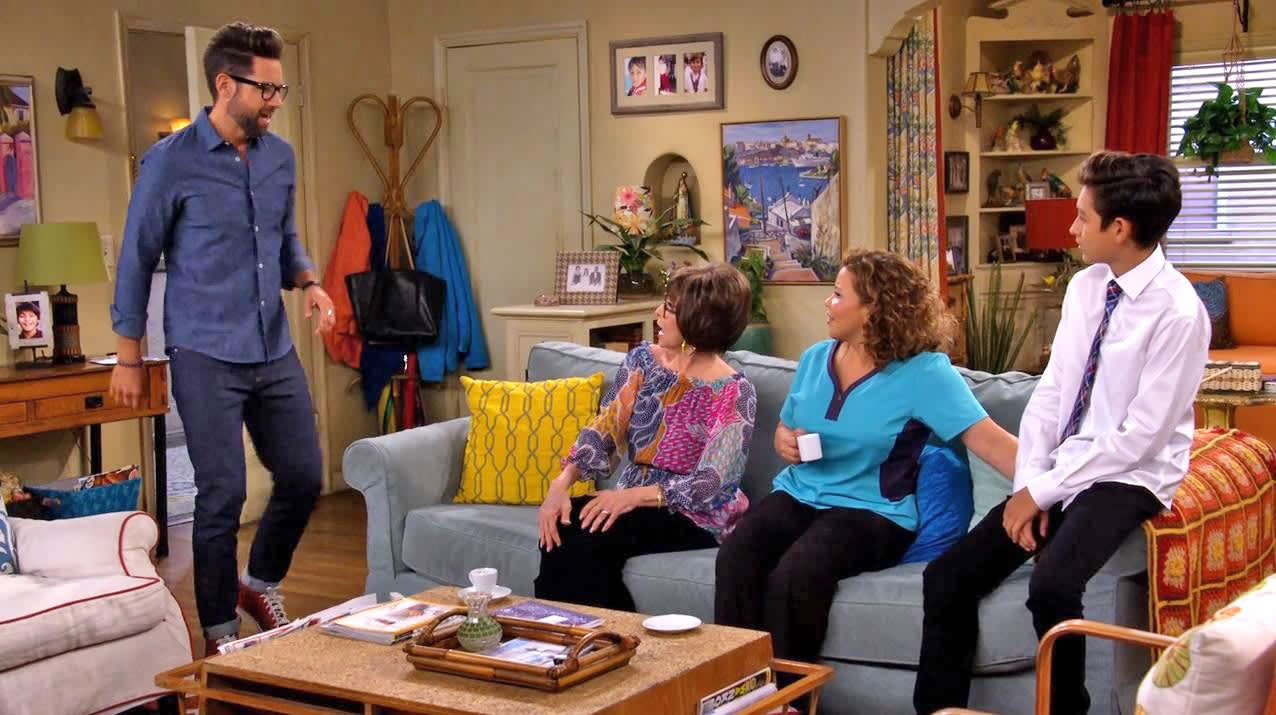 Netflix has decided to shelf family sitcom One Day at a Time despite the show's warm response from critics. Following a three season run, the comedy show about a Cuban-American single mother's struggle to raise her family will not be renewed for a fourth season. Revealing the news on Twitter, Netflix explained that the show's lack of viewers played a role in its cancellation. In a tweet, show creator Mike Royce said the show was exploring potential platforms to host future seasons.

The news was met with disappointment by the show's legions of admirers, especially its Latinx fans who were treated to a rare reflection of their own families and lives on television. Created by Mike Royce and Jane the Virgin's Gloria Calderon Kellett, One Day at a Time told the story of nurse practitioner Penelope (Justina Machado), a single mother of two kids, the willful, feminist Elena (Isabella Gomez) and stubborn tween Alex (Marcel Ruiz). Penelope receives plenty of help -- sometimes unwanted -- from her mother Lydia (Rita Moreno) and upstairs neighbor Schneider (Todd Grinnell). The show didn't shy away from tough topics such as illegal immigration, homosexuality, drugs or poverty.

The cancellation comes as Netflix seems to be axing more shows than it used to. It's unclear whether this is to pave the way for more new material; the streaming service is also releasing more new original shows than ever before. Netflix isn't tied to ratings in the same way that television networks are, which has allowed the streaming service to take more risks in its original content. Shows like Russian Doll, Orange is the New Black and One Day at a Time may not draw the masses but nonetheless have attracted sizeable, cult followings and generate cultural buzz. It's hard to imagine many networks today that would run a show with an autistic protagonist (Atypical), a TV reboot of a Spike Lee drama (She's Gotta Have It) or a Sunday variety talk show steered by a Muslim-American comedian (The Patriot Act with Hasan Minhaj).

Such diverse and varied programming is usually reserved for Netflix, if not other streaming services like Hulu and Amazon, or a premium channel like HBO. These recent cancellations don't necessarily mean that Netflix won't continue to be a home for niche shows -- but given the huge investment it is making in original content, it's likely expecting bigger returns for the shows to last.

I grew up thinking no one else was like me, thinking there weren't any other Gay Latinas like me. The first time I watched ODAAT, and saw myself represented onscreen in such an authentic way, I cried. This show is helping thousands of lost girls like the one I was. #saveodaat pic.twitter.com/e8NerJS800

Thank you for the outpouring of love. #saveodaat

To the beloved cast, crew, and fans of @OneDayAtATime: pic.twitter.com/qboxcQPMq1

In this article: entertainment, netflix, one day at a time, services
All products recommended by Engadget are selected by our editorial team, independent of our parent company. Some of our stories include affiliate links. If you buy something through one of these links, we may earn an affiliate commission.