Women in tech: Success still hangs on relationships and privilege

"Tech is not a meritocracy."

March is Women's History Month and last Friday was International Women's Day. Many organizations, including tech companies, took the opportunity to celebrate the occasion in different ways. Google, for example, partnered with UN Women to share stories of women's rights defenders around the world, Facebook held an event that shone the spotlight on notable women in the community, and Twitter asked prominent users to tell tales of inspirational women in their lives.

These actions are certainly welcome, yet what's also notable is what wasn't said: the gender gap is still a real problem in the tech industry. According to recent diversity reports, women are still underrepresented in most tech companies, especially in technical and leadership roles. 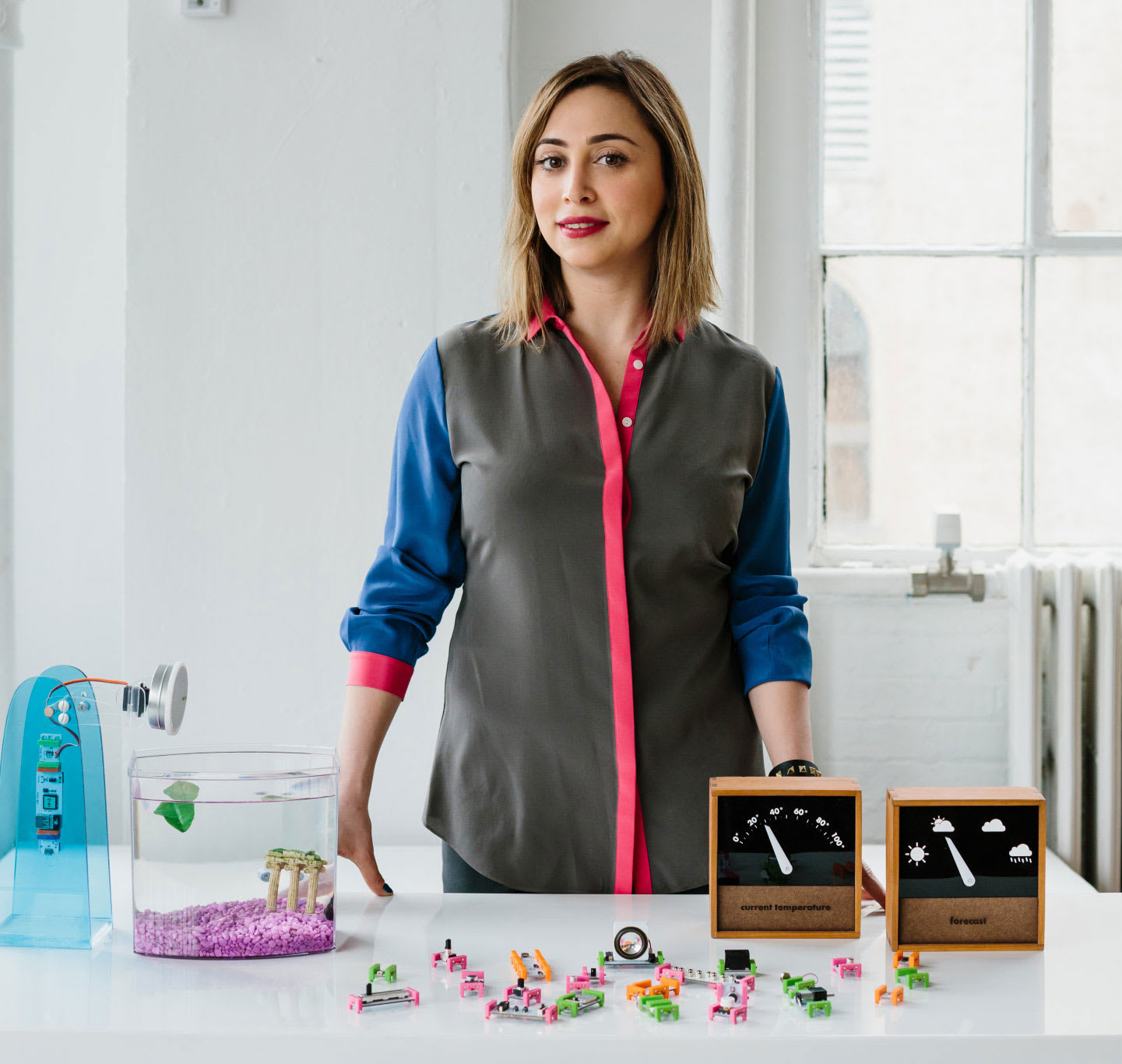 Turn on browser notifications to receive breaking news alerts from Engadget
You can disable notifications at any time in your settings menu.
Not now
Ayah Bdeir - Founder and CEO of LittleBits

This issue was the primary topic of a 60 Minutes piece that aired on March 3rd 2019, which focused on "closing the gender gap in the tech industry." In the 12-minute piece, 60 Minutes chose to highlight the work of Code.org, a non-profit organization that works to introduce students of all genders to coding. In doing so, 60 Minutes also featured Hadi Partovi, Code.org's male founder. While the work that Partovi and Code.org has done is commendable, the 60 Minutes piece ironically failed to mention women-led efforts in the same space.

"The producers left out the organizations working to close the gender gap in tech, in a segment about the gender gap in tech," said Reshma Saujani, the founder of Girls Who Code, a non-profit dedicated to the cause. "Our programs and curricula are designed specifically to bring girls into the field, and to support them along the way."

In a Medium post following the 60 Minutes episode, Saujani wrote: "It was patently ridiculous to see the network uplift a man as the leader of a movement to get more women into tech [...] These omissions aren't just an oversight. They are negligent, they are sexist, and they have consequences for efforts to close the gender gap in tech. And they are part of a long history of erasing the contributions of women in technology." 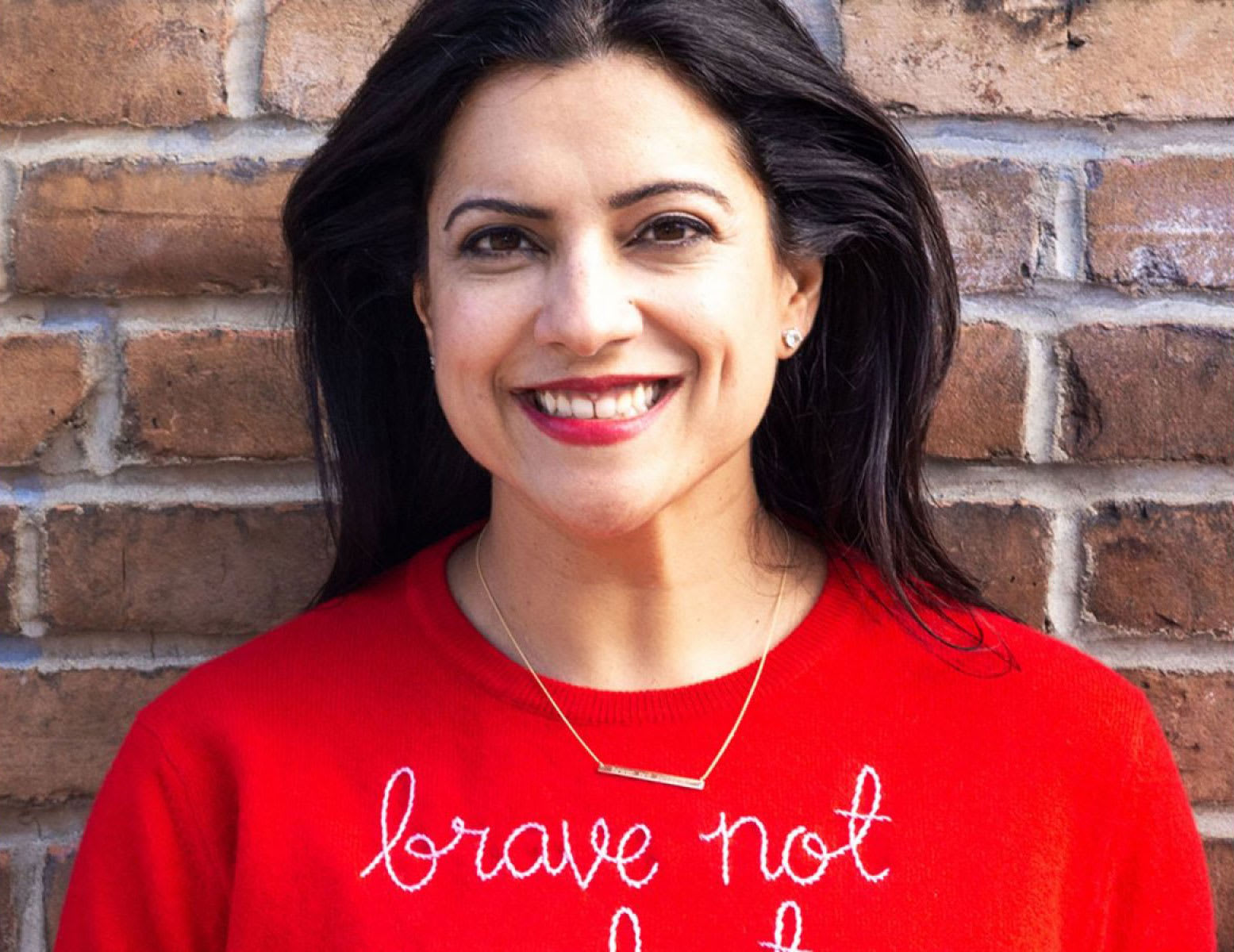 Reshma Saujani - Founder and CEO of Girls Who Code

Ayah Bdeir, the CEO and founder of littleBits, a maker of programming kits for kids, worked with 60 Minutes for almost a year for the same segment, but wound up on the cutting room floor. In fact, she said producers told her that the 60 Minutes segment was going to be about her and her company. In the end however, Code.org became the focus of the story, and her interview was "a casualty." Bdeir acknowledges the work of Code.org and thinks it's commendable 60 Minutes covered the topic in the first place, but was still disappointed that she was pushed aside in favor of a male spokesperson.

One of the major problems with omitting the voices of women in the 60 Minutes piece is that it ended up oversimplifying the gender gap issue. It implied that we would get more women in tech by reaching girls when they were still in kindergarten and school. This is commonly known as the "pipeline problem," which is a belief that there's a lack of diversity because there aren't enough women or people of color who are interested in tech. As Bdeir and Saujani explain, however, that is only a part of the puzzle.

"Even when girls have the same skill set, they think they're not good enough," Bdeir told Engadget. "They hear messages that they're not good enough. They're held to higher standards. When you have fewer women in leadership, the environment can become less hospitable to women." Bdeir explained, that she would often get questions on why she doesn't have a co-founder, or whether she's married, or what her husband does for a living. "I had trouble raising money. The hardware space is very male-dominated. I had to prove myself that I have the technical expertise, and to choose investors that believed in my message, and who were supportive of me." 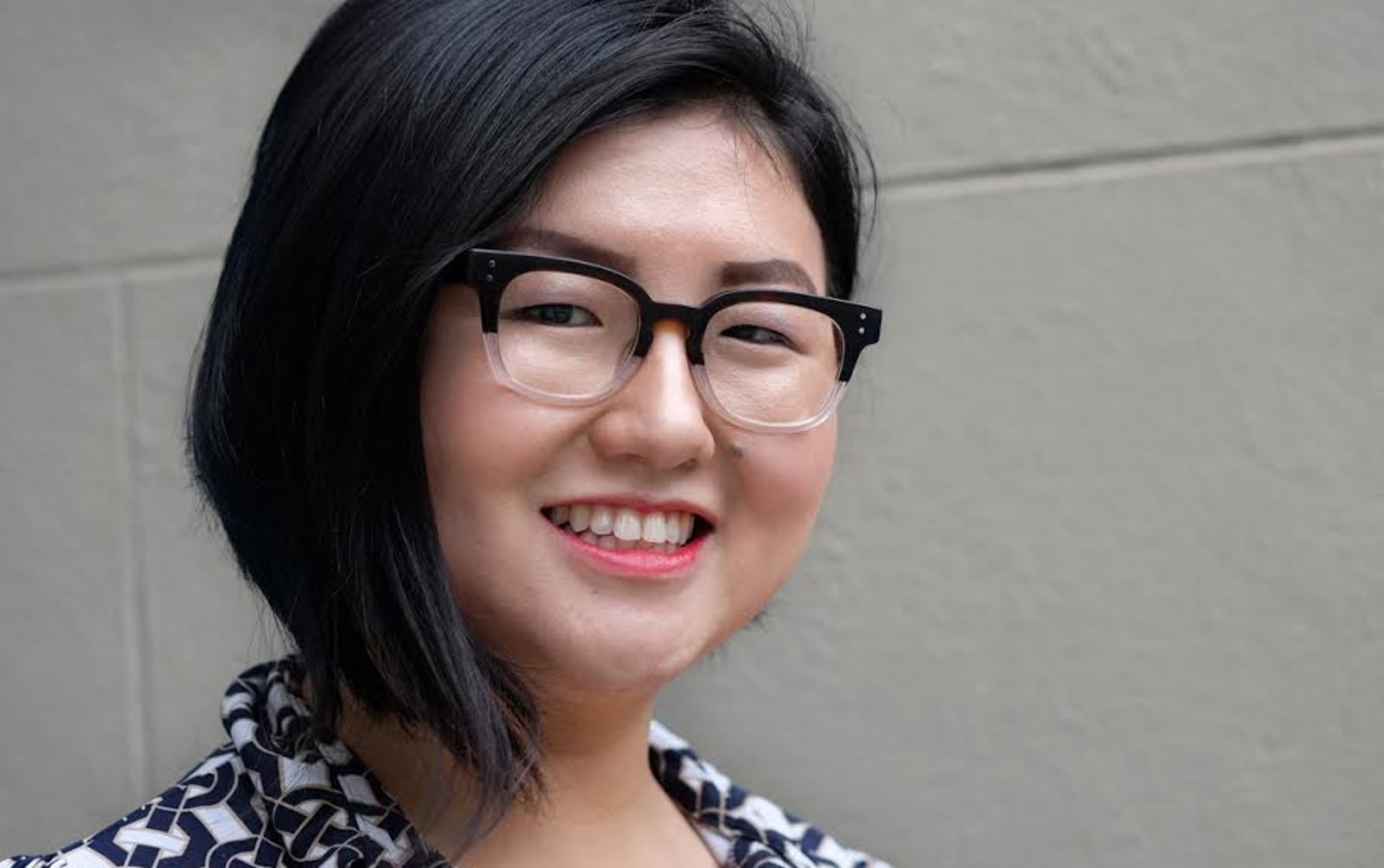 "I think there is an imbalance in who gets funded with what idea in Silicon Valley," said Lisa Q. Fetterman, the CEO and co-founder of Nomiku, a maker of smart sous vide machines. The numbers support her claim: women-led startups only raised 2.2 percent of venture capital investment in 2018. "Every startup is difficult and hard to run, but women are going into the arena with hands tied behind their backs." Despite her successes, for example, Fetterman said she ran into issues trying to fund her startup partly, she feels, because "there aren't too many people who look like me in this space."

"I feel so devastated about the 60 Minutes piece," said Kamilah Taylor, a co-founder of Swaay, a new app that facilitates thoughtful conversations online. "It frustrates me that they framed the story around teaching computer science in schools. That's just not the whole story," she told Engadget. For example, in middle school, her teachers didn't enroll her in an honors stream advanced math class because they thought she "wouldn't be interested."

She also almost missed out on enrolling in a prestigious magnet school because she didn't know it was an option. It wasn't until her parents fought on her behalf that she made it through. 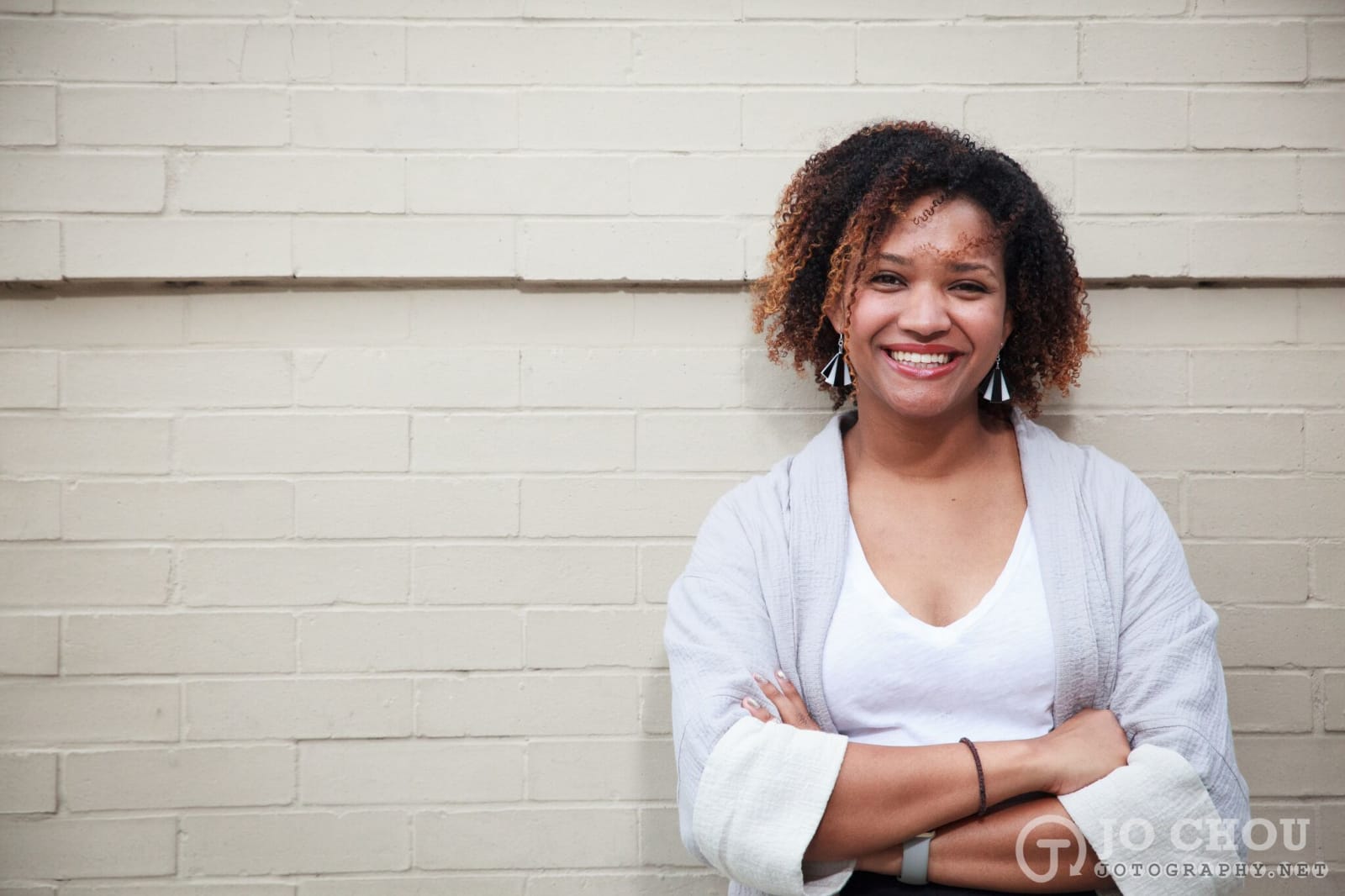 "There's no lack of interest or lack of exposure," said Taylor. "Students have been zoned out. I was frequently the only or one of two black students [in the STEM classes] even though my high school was 50 percent black." What's more, she said that a lot of her classmates in school were very discouraging.

"The guys were assholes. They kept telling us we didn't deserve to be there." During her time in a PhD program in Illinois, her professor kept confusing her with the only other black female student. As a software engineer in Silicon Valley, she kept getting mixed feedback, and noticed that a male co-worker whom she mentored was promoted before her.

"They wanted me to take on leadership roles, but also told me I was doing too much and needed to scale back," said Taylor. "I was told I was being too aggressive. I've heard stories like this, but it's wild to get it in your face. It's a real thing. I completely understand why women leave this field. You have to develop this resilience."

Tracy Chou, the CEO and co-founder of Block Party, a startup working to address online harassment, faced similar challenges. Chou is graduate of computer science and electrical engineering from Stanford, and is a co-founder of Project Include, an organization aimed at increasing diversity and inclusion in the tech industry. Her resume includes stints at Facebook, Google, Y Combinator and Pinterest. Yet, she says, she doesn't get the kind of respect she feels she deserves. 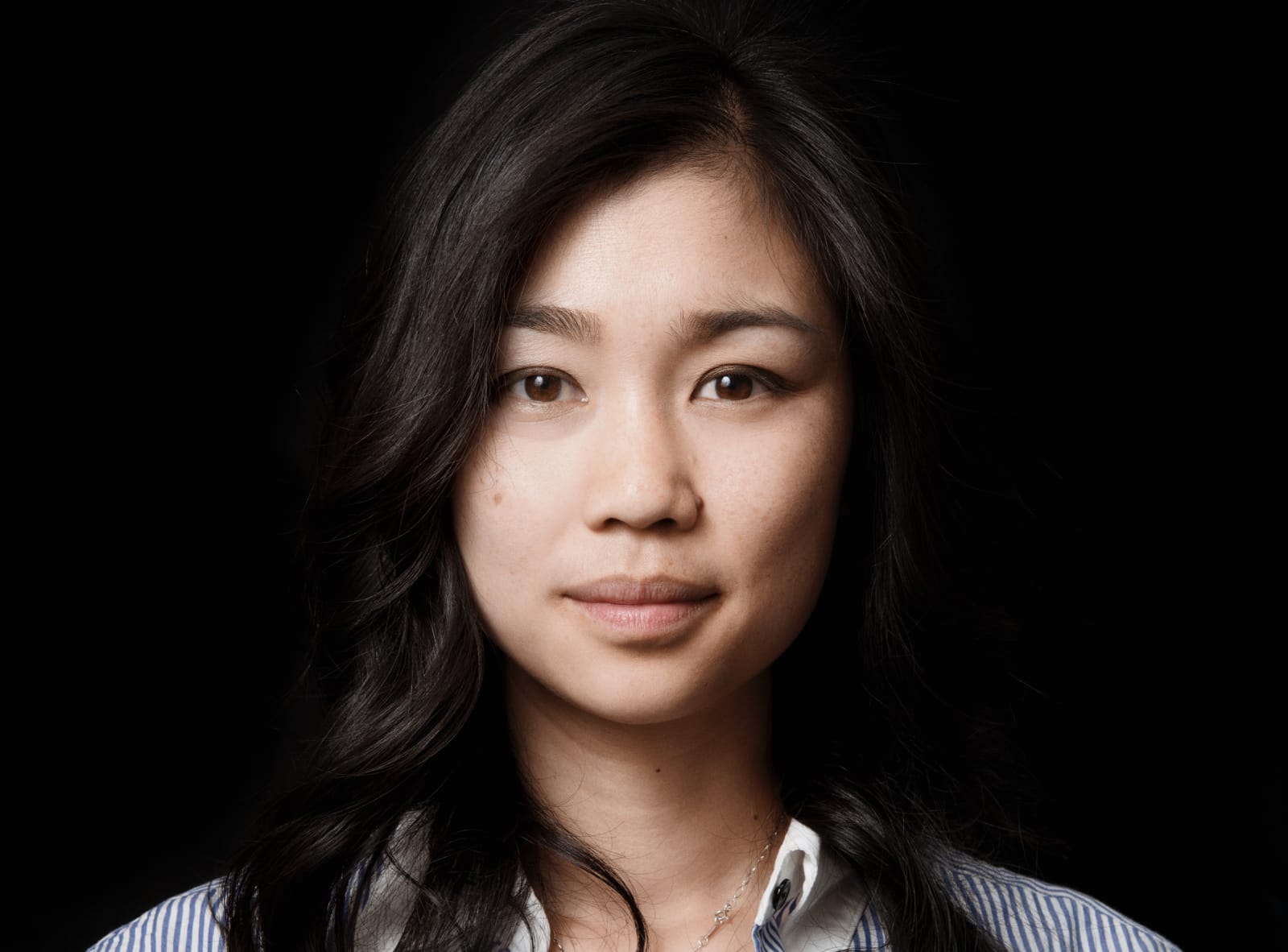 "There were very strong headwinds that made me think I shouldn't do tech," said Chou. "I was so intimidated by my classmates. I kept getting pushed away from engineering." Even at some of her jobs, she didn't feel like she belonged. "I really like building things in tech. I like coding. But the social environment was not easy."

As a founder, she encountered another set of issues. "You have to rely very heavily on networking to get investment, to get credibility," she said. In an effort to find a co-founder for her startup, for example, she tried to work together with a male candidate. But he had accidentally sent her a private diary where he described her in very unflattering and sexist tones. She ended the partnership and is currently working on getting the startup going on her own.

"Tech is not a meritocracy. Success in tech still hangs on relationships and privilege, and it's not easy if you don't have those," said Chou. "But I still think it's worthwhile. My advice would be to remember why it's worth it -- it's so powerful to be a creator of technology! -- and to find the good communities out there who can support you through it all."

"Believe in your own credentials and your own experience," said Bdeir. "Surround yourself with other women and men who support you. My personal advice -- don't let the daily microaggressions bother you. Notice it, but don't let it frustrate you or anger you."