Both work with the Apple Pencil.

Apple's online store went dark earlier this morning, and now it's clear why: The company decided to quietly roll out not one, but two new iPads ahead of its big event next week. The new, larger, 10.5-inch iPad Air will arrive with a 70 percent performance boost compared to its predecessor, thanks to the company's A12 Bionic chip with Apple's Neural Engine. That'll be useful alongside the now 20-percent larger display -- which is compatible with the first-gen Apple Pencil too.

A new iPad Mini has been a long time coming. The 7.9-inch option will, barring screen size, match the Air on specs. The screen is also 25 percent brighter versus old iPad minis, and will also support Apple Pencil -- the tiniest model to do so. Both new iPads have a laminated display that brings the surface glass and screen closer together to improve visibility -- and making them at least a little more desirable than Apple's entry-level iPad. Neither has FaceID built-in, it seems. Look, there's that Home button... 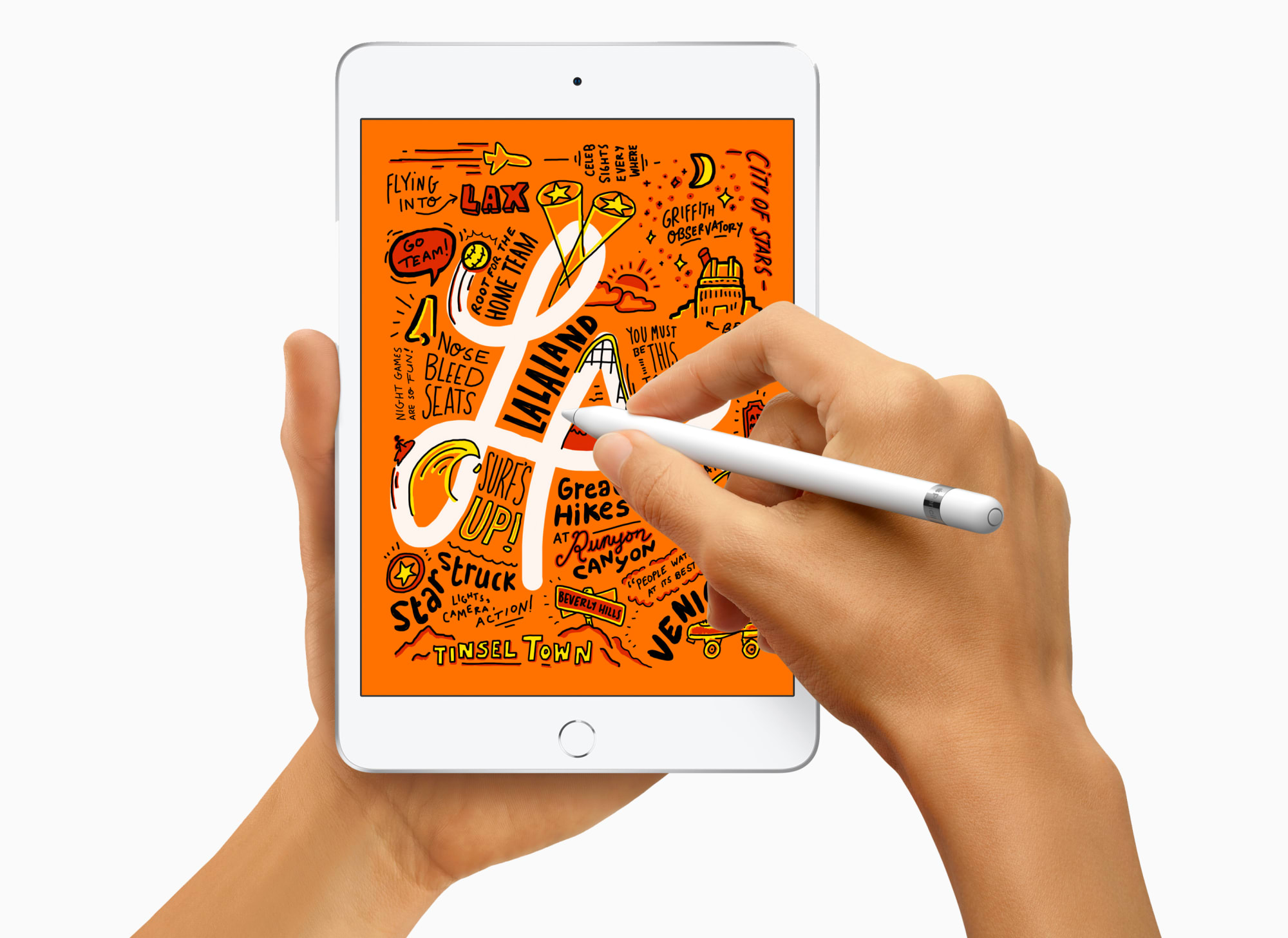 Beyond all this, the fact that Apple chose to release its new iPads with so little fanfare speaks volumes about its plans for its upcoming press event in Cupertino. On March 25th, the company is expected to pull back the curtain on its new streaming video and news services, and it just might do so without any new hardware on-stage at all.

That'd be a highly unusual turn to events for Apple, but it wouldn't necessarily be an unwarranted one — for a while now, the company has looked at its services business as one of its major growth areas, and it's about time they got the spotlight all to themselves. Who knows, perhaps more announcements will pop up as the week progresses.

All products recommended by Engadget are selected by our editorial team, independent of our parent company. Some of our stories include affiliate links. If you buy something through one of these links, we may earn an affiliate commission. All prices are correct at the time of publishing.
View All Comments
Apple quietly announces 10.5-inch iPad Air and refreshed iPad mini