'Speaking Simulator' uses your gift of gab for world domination

Learn human culture and mannerisms in your journey of conquest.

Everybody wants to rule the world, even AI-controlled alien robots. And in Speaking Simulator from Affable Games, you absolutely can -- you'll just first have to convince the rest of humanity to let you.

Speaking Simulator for PC puts you in control of a "mildly evil android" with aspirations of becoming humanity's next overlord. To do so, you must master the act of speaking -- manually moving the android's lips and tongue to form consonants and vowels -- in order to convince the people around you that not only are you a "totally regular human" but are the best choice to lead them as well. 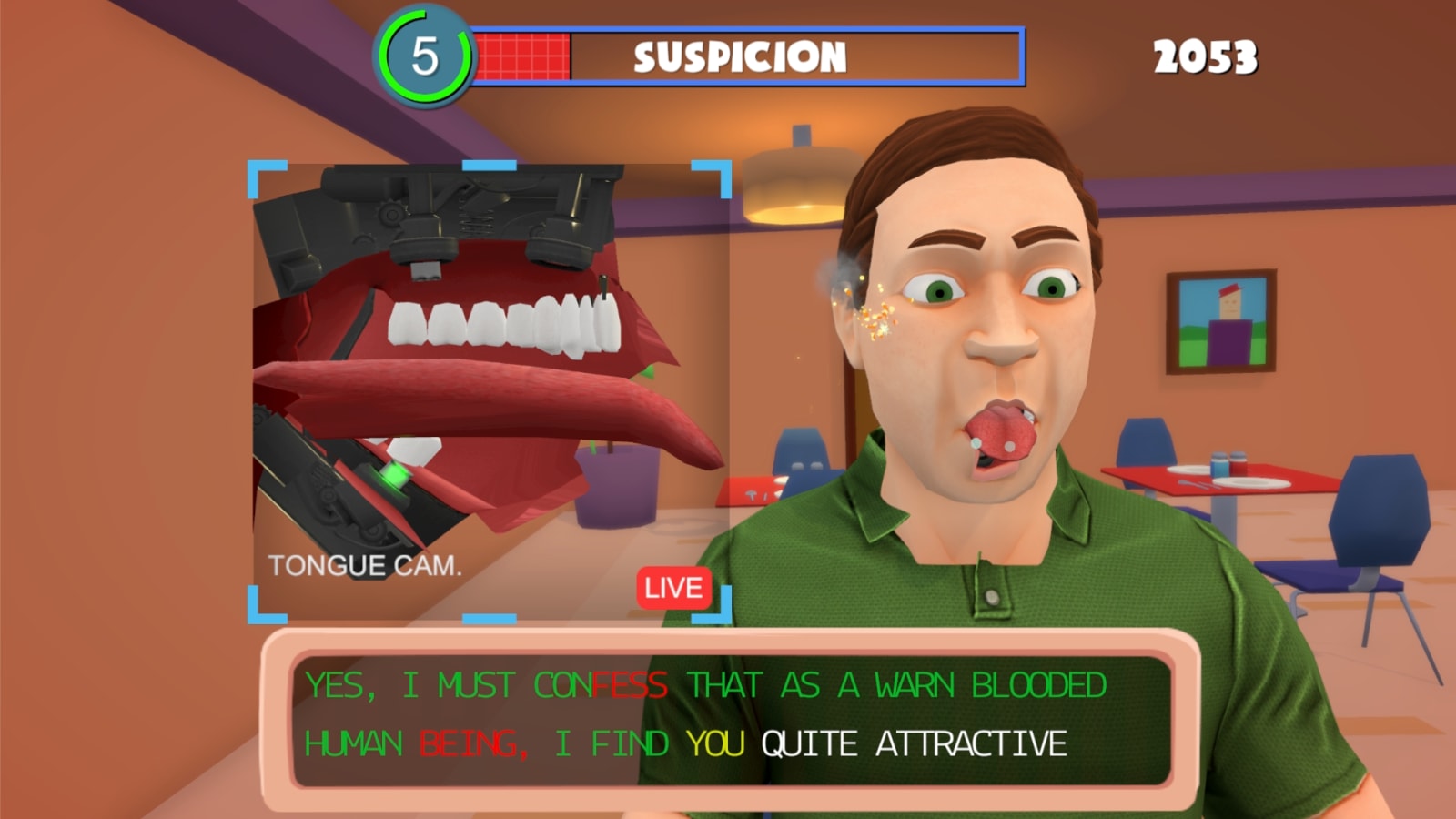 I was afforded a quick demo of the game during EDC 2019 and absolutely loved it. I felt like I was playing QWOP with a robotic head. The controls are quite challenging: you move the mouse about to adjust the shape of the android's lips and the WASD keys to maneuver the tongue to depress one of three vocalization buttons within its mouth. What's more, you're doing all of this in as close to real-time as you can so that the NPC you're speaking to doesn't become suspicious.

The demo level I played involved taking a work colleague out for drinks and some light flirting but the other five levels the game will initially sip with include speaking engagements at local malls, hospitals and even city hall. Affable Games plans on releasing 10 levels in all and expects players to complete a runthrough of the game in around two hours. In between missions, you'll be able to upgrade your android with a bit of dental work: specifically by yanking various teeth, upgrading the various ability chips hidden within them, and cramming those mouth stones back into the robot's face. Upgrade them all for a dazzling gold-fronted smile.

Speaking Simulator is slated to hit Steam in the second half of 2019 and should retail for $15.