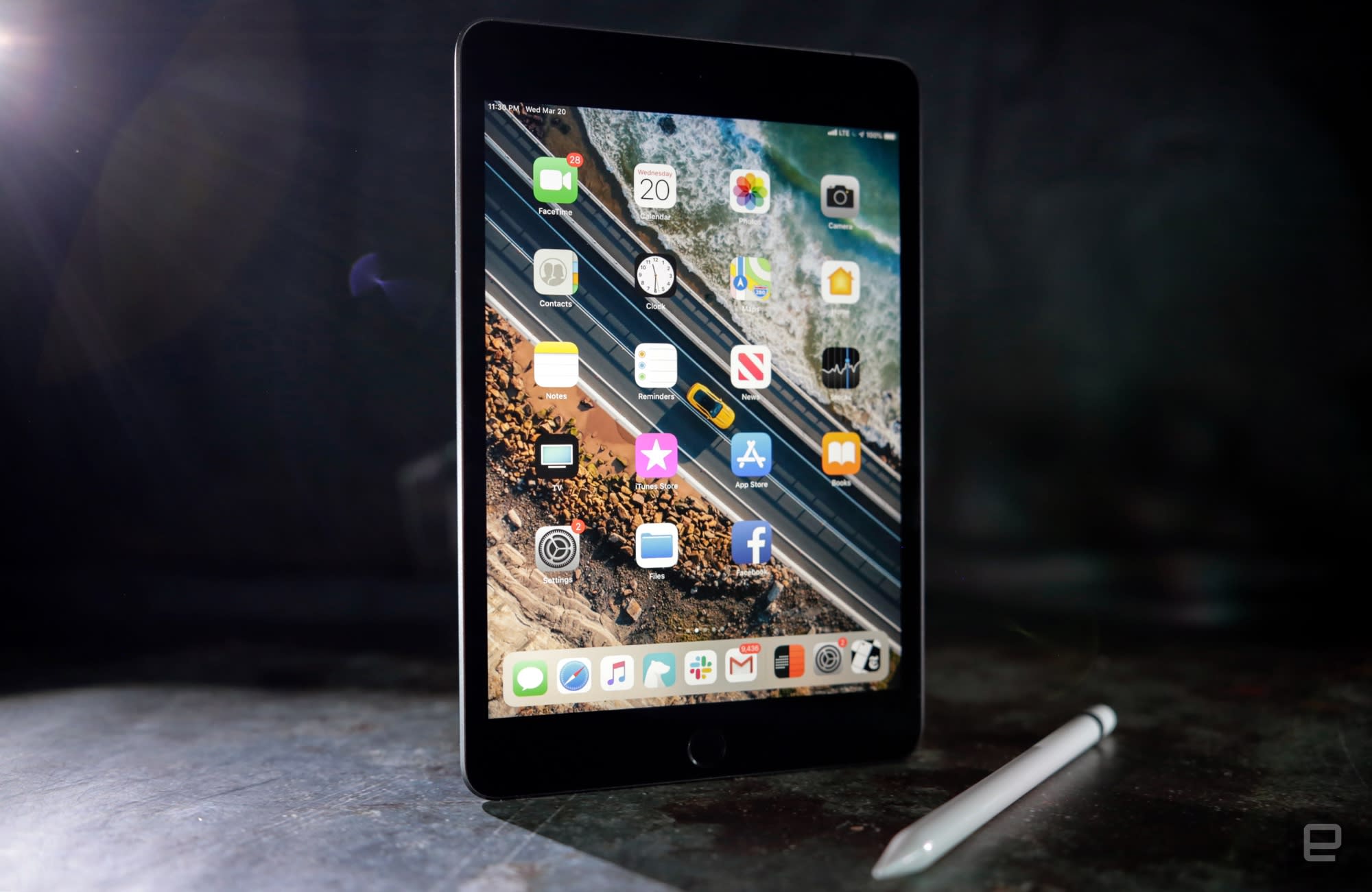 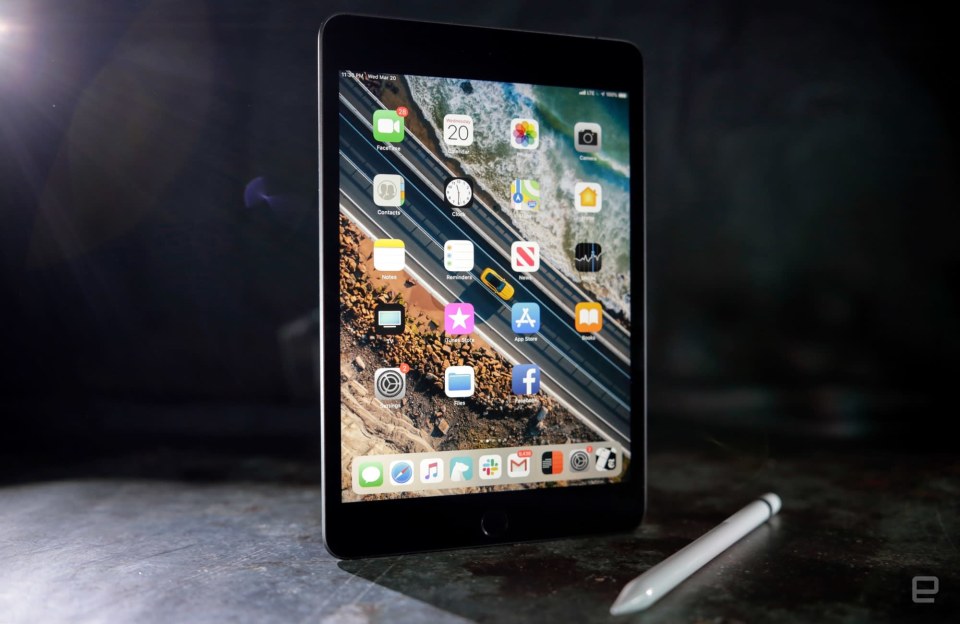 I've always been fond of Apple's iPad mini; I bought the first one as a Mother's Day gift, and the iPad mini 4 was one of the first big reviews I ever wrote for Engadget. Unfortunately, Apple hasn't shown its smallest tablet nearly as much affection: As I write this, it's been more than three years since the company gave the mini a refresh. In that time, we've seen Apple launch and redesign a line of pro-grade tablets and build a stunningly competent entry-level model. Frankly, I had nearly given up on the mini entirely -- that is, until Apple announced a refreshed model earlier this week.

Our full review is still in the works, but I can definitively say this: I'm glad the iPad mini still exists, and it packs some crucial updates that make it worth using in 2019. I'm just not convinced it's the right tablet for most people. Before we get there, though, we need to run through the basics. To anyone hoping Apple would unveil a sleek, new look for the mini, I'm sorry. From its sizable forehead and chin (complete with physical home button and Touch ID sensor) to its headphone jack and Lightning connector, the new iPad mini looks exactly like the old one. This isn't an issue unique to the mini; the new Air looks just like the 10.5-inch Pro. Still, I can't help but feel a little disappointed that Apple didn't see fit to revise the mini's design after a more than three-year hiatus. It looks a little dated.

That's not to say there aren't any noticeable changes here though. For instance, the 7.9-inch display up front runs at the same resolution as older minis, but colors are much more vibrant here, and the addition of Apple's TrueTone technology means they look more accurate under different kinds of light.

This version of the mini also packs one of Apple's A12 Bionic chipsets -- that's the same chipset you'll find thrumming away inside the iPhone XS family. Since Apple hasn't yet updated its entry-level iPad, that means the mini is noticeably more powerful than its cheaper, bigger sibling. (Apple wouldn't confirm whether it plans to keep its cheap iPad using slightly older hardware to keep costs down, but that's a story for another time.) Hardly anything I've done to the mini over the past few days has phased it, from flicking through multiple webpages at the same time in split-screen mode to kicking back with Civilization 6 or Fortnite late at night.

Even the augmented reality apps that Apple is now so fond of run like a charm here. For the first time in years, you'll be able to buy a small iPad and not feel like it's being outgunned by its siblings. (Remember: The last new iPad mini shared a brain with the iPhone 6.) I wouldn't want to use the mini for specific, high-performance tasks like editing 4K videos, but that has more to do with the tablet's 7.9-inch screen than how much power Apple managed to cram into this tiny body. And speaking of power, the mini is rated for the same 10 hours of use off a single charge as every other iPad. I haven't run this thing through our official battery tests yet, but as usual, it seems like that forecast was actually a bit of a lowball.

The iPad mini also finally plays nice with the first-generation Apple Pencil, making it the smallest device in the company's lineup to do so. (I still fully expect the Pencil to work with iPhones at some point.) Apple's active stylus works just as well here as it always does, and if you're in any way serious about artistry or handwriting, the Pencil might be a must-have. I'm certainly not serious about either of those things, but I did find myself jotting down notes on the mini more than I thought I would, because it felt surprisingly natural. Writing on something like the 12-inch iPad Pro always felt a little silly, like I was taking down notes on a canvas. The mini, meanwhile, feels a lot more like the small notebooks I normally write in, so the transition from paper to pixels wasn't nearly as jarring.

So far, so good. I'd argue there's enough power here to please all but the pickiest iPad fans, and the added Pencil support is a nice touch. With all that said, though, I don't find the iPad mini's appeal quite as strong as I used to. I can chalk that up to a few things: For one, the massive iPhone XS Max I use regularly has largely filled the niche the iPad mini used to. The mini still has a bigger display, and its 4:3 aspect ratio means it's better suited to sifting through documents and the like. Since it seemed like Apple had more or less given up on improving its smaller tablet, I found myself starting to embrace bigger phones, and I don't think I'm alone there. And honestly, I find the iPad-specific version of iOS 12 a little cramped on this display.

The mini's $400 price tag is pretty interesting too. Apple's no-frills, 10-inch iPad costs $70 less than the mini, and the arguably superior new iPad Air costs only $100 more than the mini. If I'm the kind of person who hasn't upgraded my tablet in awhile or if I'm new to iPads in general, either of those options seem like more sensible choices.

None of this is meant to suggest the mini is a bad device, because it isn't. I'd argue it's perhaps the best small tablet out there right now. There's more than enough power here for most people, and if portability is your biggest concern, there's no denying the mini is more convenient to lug around. (It certainly doesn't hurt that its small-tablet rivals skew pretty heavily in the cheap-and-chintzy direction either.)

As the years have gone by and as phone screens have grown, though, the niche that the mini used to fill so well has gotten crowded. There will always be reasons to keep the mini around: As you read this, it's being used in point-of-sale kiosks and in airplane cockpits and on Chili's dining room tables. And that's great for them. For you and me, though, and for most actual users, I suspect this year's mini will come off more as a capable curiosity than a must-own tablet.

In this article: apple, gear, hands-on, ipad, ipad mii, ipad mini 2019, new ipad mini, personal computing, personalcomputing, preview, tablet, tablets
All products recommended by Engadget are selected by our editorial team, independent of our parent company. Some of our stories include affiliate links. If you buy something through one of these links, we may earn an affiliate commission.