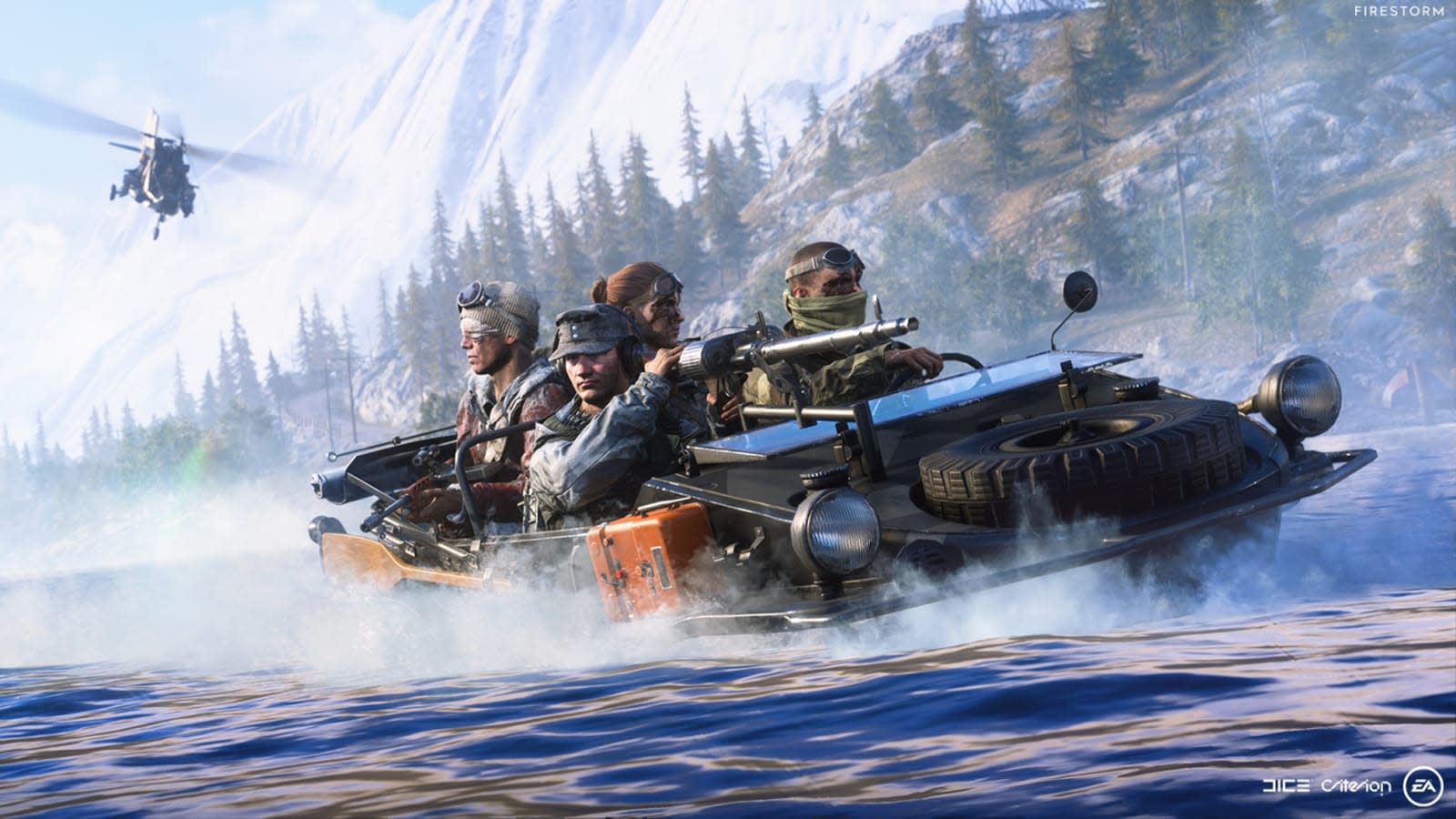 In the wake of seemingly endless teases and leaks, DICE and EA are ready to show gameplay from Battlefield V's imminent Firestorm battle royale mode. True to the scoops, it's not quite a cookie-cutter BR experience. While you'll have familiar mechanics like dropping into the arena, an ever shrinking circle and varying gear quality, you can also complete objectives (such as contestable resupply points) and unlock safes to score better equipment. Get knocked down and you'll still have a pistol to defend yourself, so enemies take a risk if they come to finish you off.

And if you like vehicles, it's your lucky day -- the developers clearly want your choice of ride to play a greater role. You'll find 17 vehicles in total, including tanks (usually only found in special vehicle lockups), a prototype-only helicopter, an amphibious Schwimmwagen (above) and, yes, a tractor. You can even tow anti-aircraft or anti-tank guns for some extra support.

As hinted earlier, there's just one Firestorm map on offer so far (Halvøy), but it's about ten times the size of the already large Hamana map in regular BFV.

Firestorm should be available to everyone for free on March 25th. It looks promising, although the challenge as always will be to convince gamers to give it a try. Between Fortnite, PUBG, Black Ops 4 and EA's own Apex Legends, battle royale has a well-established audience. It's not certain how well this lure gamers, especially when it's part of a paid game in a mostly free-to-play market.

In this article: av, battle royale, battlefield, battlefield 5, battlefield v, dice, ea, games, gaming, personal computing, personalcomputing, ps4, video, video games, xbox one
All products recommended by Engadget are selected by our editorial team, independent of our parent company. Some of our stories include affiliate links. If you buy something through one of these links, we may earn an affiliate commission.