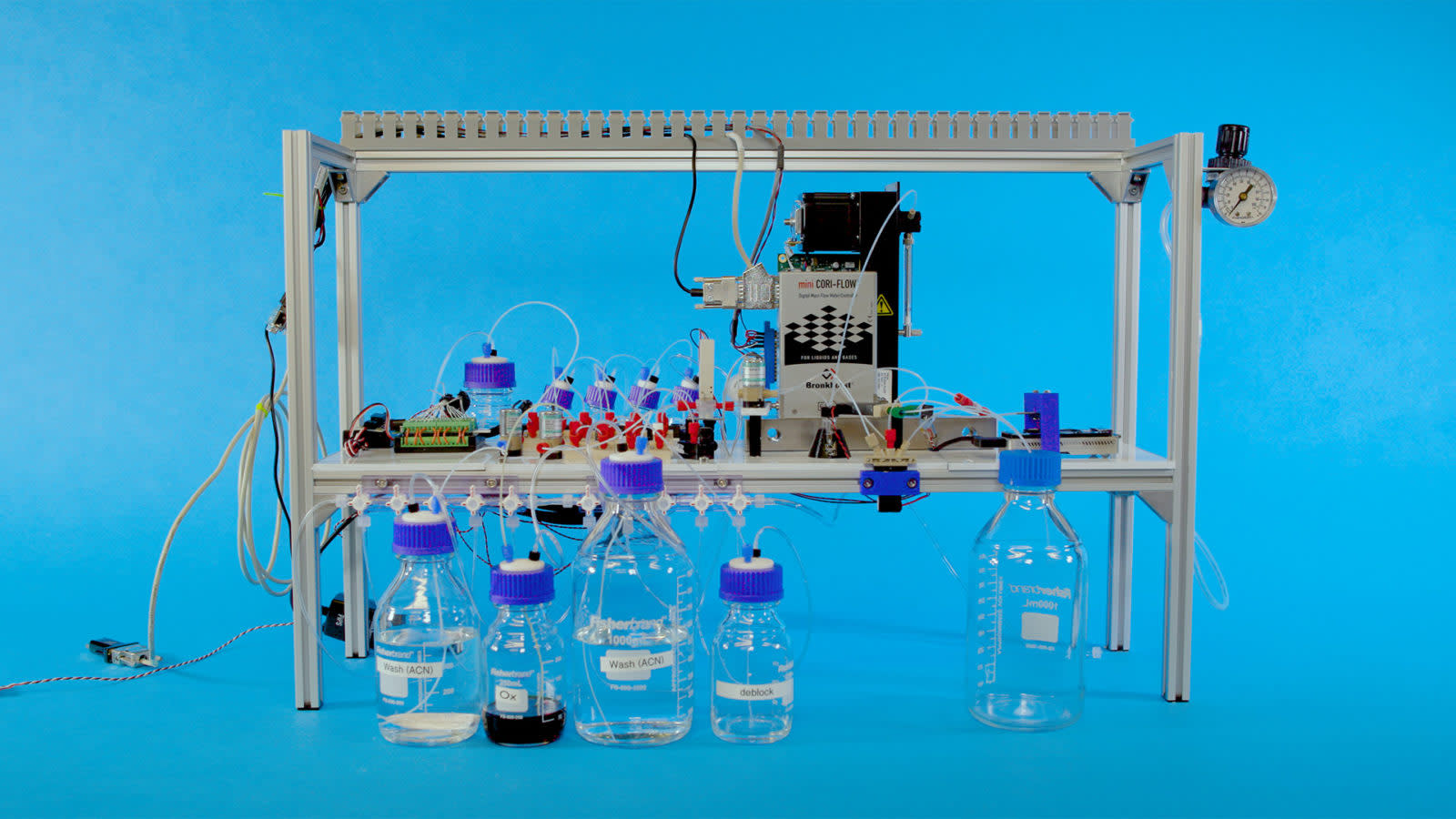 Microsoft is on its way to replacing data centers with DNA. The company and researchers from the University of Washington have successfully automated the process to translate digital information into DNA and back to bits. They now have the first, full end-to-end automated DNA storage device. And while there's room for improvement, Microsoft hopes this proof-of-concept will advance DNA storage technology.

In its first run, the $10,000 prototype converted "HELLO" into DNA. The device first encoded the bits (1's and 0's) into DNA sequences (A's, C's, T's, G's). It then synthesized the DNA and stored it as a liquid. Next, the stored DNA was read by a DNA sequencer. Finally, the decoding software translated the sequences back into bits. The 5-byte message took 21 hours to convert back and forth, but the researchers have already identified a way to reduce the time required by 10 to 12 hours. They've also suggested ways to reduce the cost by several thousand dollars.

In nucleotide form HELLO (01001000 01000101 01001100 01001100 01001111 in bits) yielded approximately 1 mg of DNA, and just 4 micrograms were retained for sequencing. As Technology Review notes, at that rate, all of the information stored in a warehouse-sized data center could fit into a few standard-size dice. Once the technique is perfected, it could store data much longer than we're currently able to. As Microsoft points out, some DNA has held up for tens of thousands of years in mammoth tusks and the bones of early humans. That's why Microsoft and other tech companies are eying DNA as a way to solve looming data storage problems. As previously reported, Microsoft's formal goal is to have an operational DNA-based storage system working inside a data center by the end of this decade.

DNA storage isn't entirely new, but the novelty here is that this system is fully automated. Before it can succeed commercially, though, the cost to synthesize DNA and extract the information is stores needs to come down. In other words, we need a way to synthesize DNA cost-efficiently. While it may sound a bit sci-fi, we could all be storing data as DNA before we know it.

In this article: automated, business, data centers, data storage, device, dna, dna storage, internet, microsoft, tomorrow, university of washington
All products recommended by Engadget are selected by our editorial team, independent of our parent company. Some of our stories include affiliate links. If you buy something through one of these links, we may earn an affiliate commission.