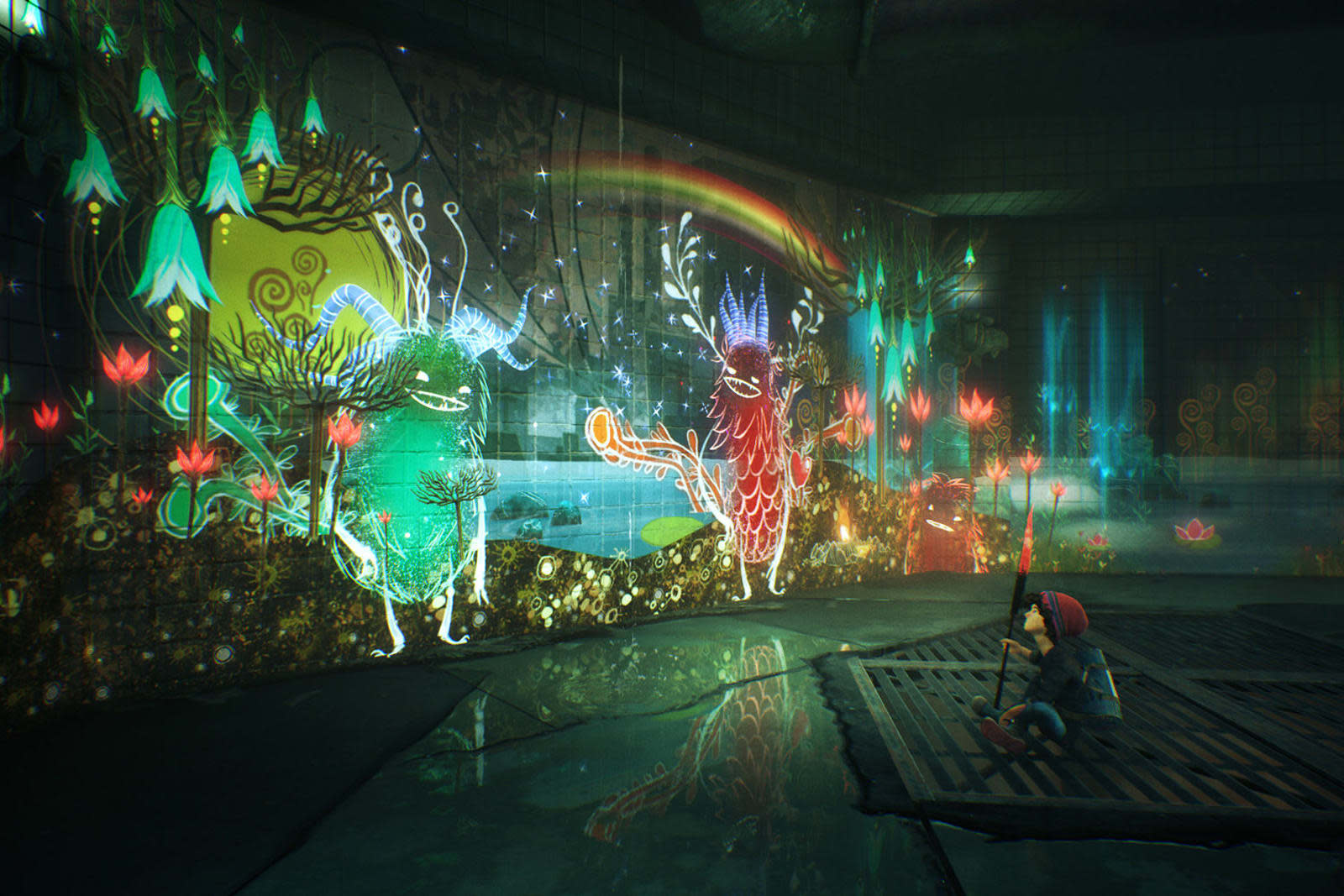 PixelOpus hasn't said much about Concrete Genie since its 2017 reveal and last year's gameplay clip, but the studio is nearly ready to show its hand... hopefully. The PS4 title is now slated to launch in fall 2019, or considerably later than the earlier spring 2019 window (which was itself a delay). However, it'll come with an as yet undescribed PlayStation VR mode to spice things up. Also, an accompanying trailer (below) gives you a good summary of the story. You play Ash, a bullied child whose street art is instrumental as both his escape and, of course, a game mechanic -- he has to paint his hometown back to life while dealing with the bullies trying to make his life miserable.

Not surprisingly, the game has retained the social commentary that caught people's eyes when it was introduced It's a reflection of the isolation and darkness that come to victims of bullying. There's even a personal touch. You can create your own custom artwork, but you also risk losing that art to the bullies in the game -- Ash's losses are your losses, too. If all goes well, this could be one of those precious few games that cuts close to the bone while it discusses serious themes.

In this article: av, concrete genie, games, gaming, pixelopus, playstation, playstation vr, playstationstateofplay, ps4, psvr, sony, video, video games, virtual reality, vr, wearables
All products recommended by Engadget are selected by our editorial team, independent of our parent company. Some of our stories include affiliate links. If you buy something through one of these links, we may earn an affiliate commission.