Huawei is working on a series of stylish smart glasses

The best part is that they don't look like smart glasses.

Alongside the P30 Pro, the P30 and a bunch of accessories, Huawei had a surprise: smart glasses.

The company is working with Korean eyewear (and pop-culture influencer) Gentle Monster to produce a line of smartphones eyewear that people might be willing to wear in public. CEO Hankook Kim took to the stage in Paris to, well, badmouth Snapchat Specs before hurling out some hollow design platitudes and, well, words of little of consequence.

But that doesn't matter much, because the family of frames looks pretty good. The lack of cameras also means it, to some extent, sidesteps a lot of privacy concerns.

There's still an awful lot of technology inside the frames, however, which betrays how simple these early renders appear. You'll be able to answer calls by tapping the arm of the glasses, with the arms housing directional mics and speakers, as well as batteries that can be charged wirelessly through the companion case. Surprisingly, it has a pretty big 2,200mAh battery inside -- which should go the distance. There will be voice assistant access built-in too. Expect more details soon. The glasses will apparently launch sometime in July 2019. 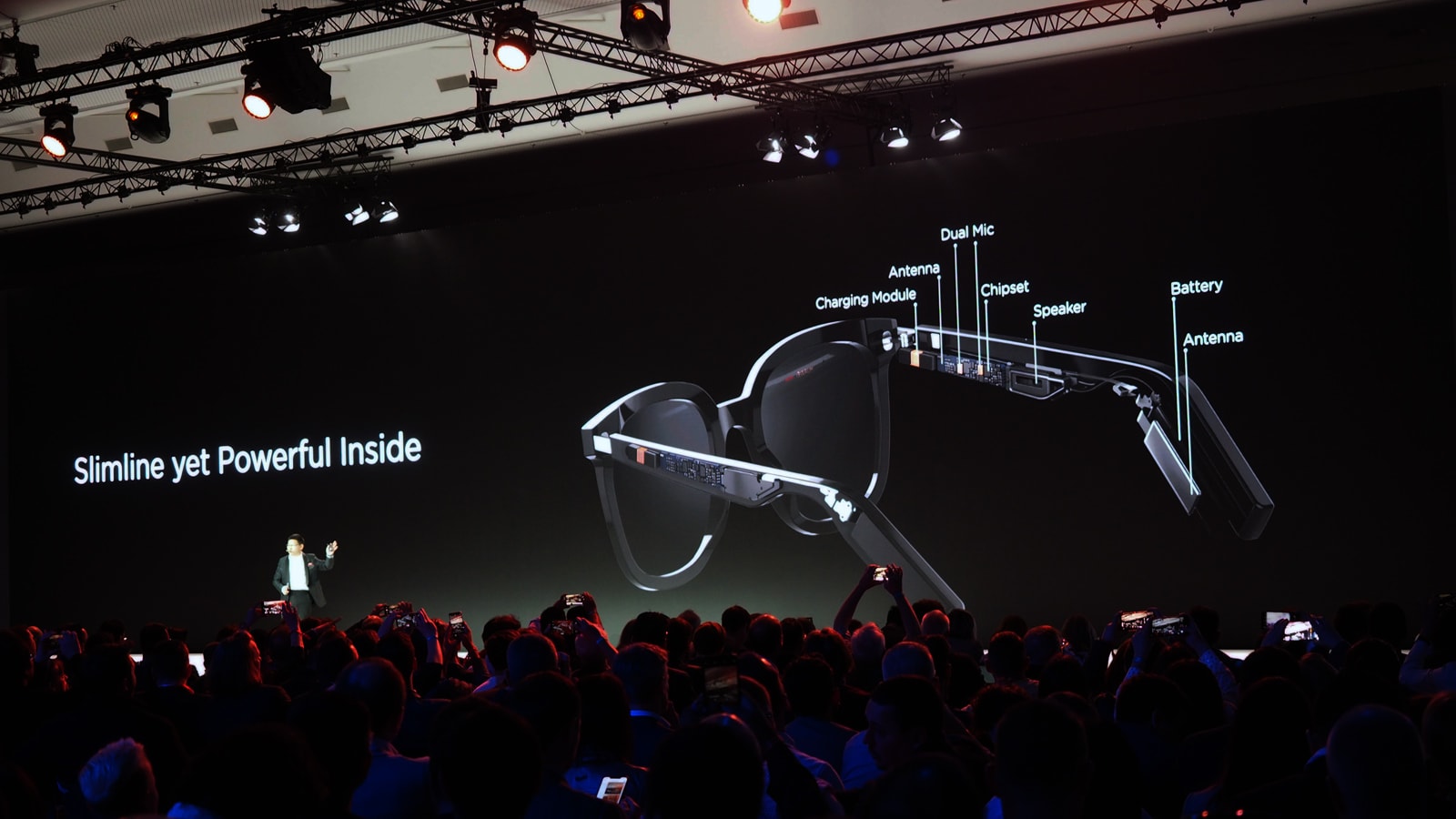 The future is now! Together with Gentle Monster we have joined forces to take your wearable intelligence to the next level with #HUAWEI X GENTLE MONSTER EYEWEAR. pic.twitter.com/MrgO2esXK4