It's also making the device's irregular rhythm notification feature available in those regions.

Apple has started rolling out watchOS 5.2 to all users, but it's a bigger update for those in Hong Kong and 19 European countries than everyone else. The device's ECG app and irregular heartbeat detection features will come bundled with the update in HK, Austria, Belgium, Denmark, Finland, France, Germany, Greece, Hungary, Ireland, Italy, Luxembourg, Netherlands, Norway, Portugal, Romania, Spain, Sweden, the UK and Switzerland. 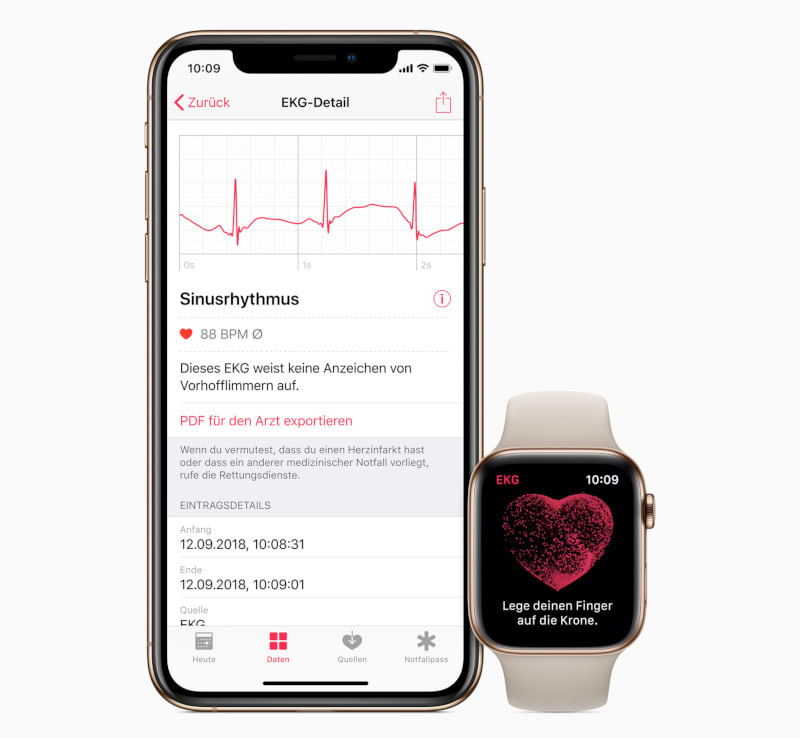 Apple's ECG app, which first became available in the US in December, needs the electrodes built into the Watch Series 4 model to work. It gives users the power to take an ECG similar to a single-lead electrocardiogram just by firing up the application and touching the device's Digital Crown. This sends an electrical signal to the user's heart and could tell if their rhythm is normal or if they're experiencing irregular heartbeats called atrial fibrillation (AFib).

While the ECG app is exclusive to Apple's newer watches, Cupertino's irregular rhythm notification feature is coming to all Series 1 devices and later. It has the power to monitor users' heart rhythm in the background and notify them if it detects AFib irregularities that could lead to heart failure or stroke, which is one of the leading causes of death worldwide. To prevent false alarms, it will only issue a warning if it detects abnormal rhythms on five checks over a duration of 65 minutes.

Apple released the feature after extensive testing by Stanford researchers that involved 400,000 volunteers. During that period, it sent irregular heartbeat warnings to around 2,000 of the volunteers, and doctors confirmed that 84 percent of the alerts were true AFib episodes. Apple's chief operating officer Jeff Williams said the company has seen that "the ECG app and irregular rhythm notifications on Apple Watch have meaningful impact" on its customers across the US. "We are excited to bring these features to customers in Europe and Hong Kong, giving them access to empowering information about their heart health," he added.

All products recommended by Engadget are selected by our editorial team, independent of our parent company. Some of our stories include affiliate links. If you buy something through one of these links, we may earn an affiliate commission. All prices are correct at the time of publishing.
View All Comments
New Apple Watch OS arrives with ECG app for Europe and HK